Accessibility links
WATCH: This Device Pulls Clean Water Out Of Desert Air : The Two-Way The device isn't the first technology that can turn water vapor into drinkable liquid water. But its creators say it uses less power and works in drier conditions — the key is something called a MOF.

Researchers have come up with a new way to extract water from thin air. Literally.

This isn't the first technology that can turn water vapor in the atmosphere into liquid water that people can drink, but researchers from the Massachusetts Institute of Technology and the University of California, Berkeley, say their approach uses less power and works in drier environments.

The new approach makes use of a substance called a MOF, a metal-organic framework. As the name suggests, these are materials made of metals mixed with organic compounds. Powders made from MOFs are very porous, so researchers have proposed using them to store hydrogen or methane fuels or to capture carbon dioxide.

MIT's Evelyn Wang and her Berkeley colleague Omar Yaghi decided to try using MOFs to capture water. MOF powders can not only suck up liquid water, they can also absorb water vapor.

And there's plenty of water vapor in the atmosphere. Even in the driest place on the planet there are tons of water molecules floating overhead.

The researchers built a small prototype water collector that contains a thin layer of MOF powder. The powder absorbs water vapor until it is saturated.

"Once you achieve that maximum amount," Wang says, "you apply some type of heat to the system to release that water." 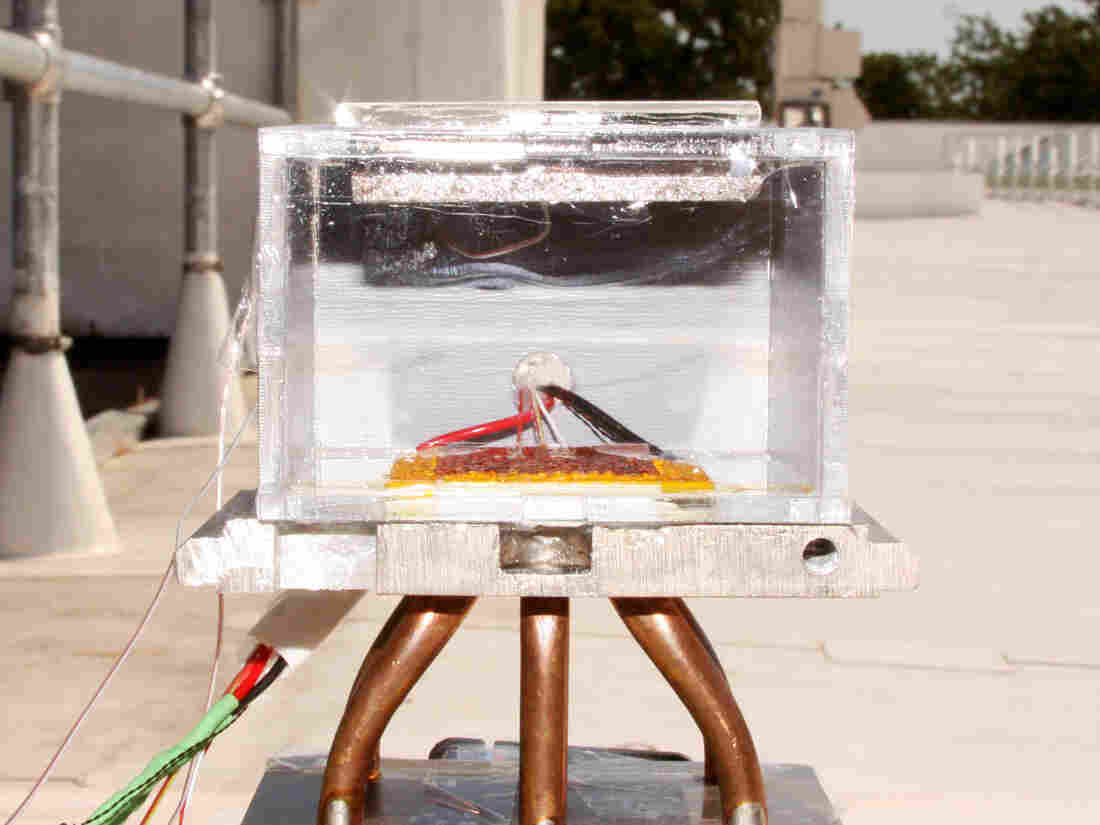 A prototype MOF-based water-collection device is set up for testing on the roof of a building on the MIT campus. Courtesy Evelyn Yang, MIT hide caption 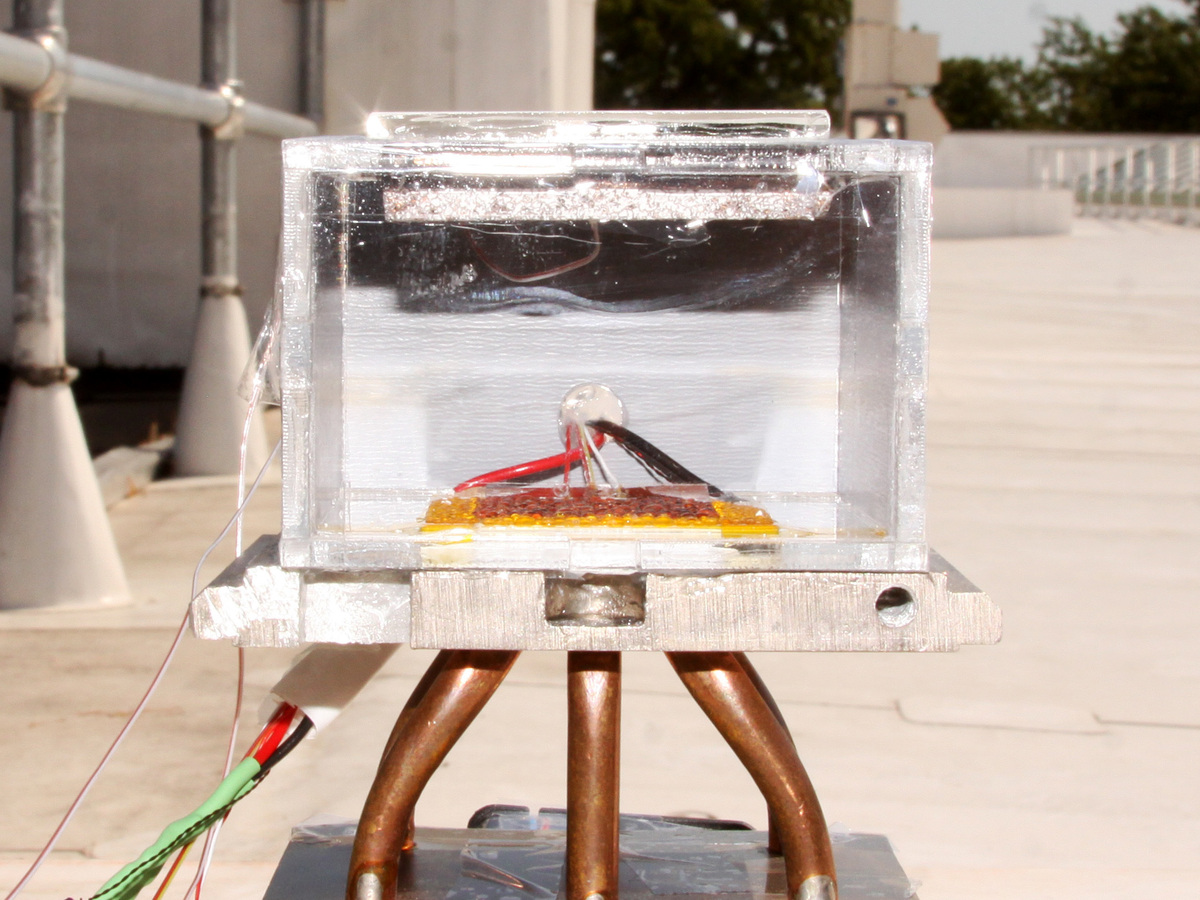 A prototype MOF-based water-collection device is set up for testing on the roof of a building on the MIT campus.

And when the water is released, it collects in the bottom of the prototype.

There are other compounds that can suck water from the air, zeolites for example, but Wang says it takes a significant amount of energy to get these materials to release the water. Not so with a MOF device. "The amount of energy required is very low," she says.

In the prototype, the heat needed to drive the water out of the MOF comes from ambient sunlight — no external power supply is needed.

As they report in the journal Science, Wang and her colleagues tested the prototype of their MOF-based device on the roof of a building at MIT, and it worked great.

But it's just a prototype. It only used a fraction of an ounce of the MOF powder. "So the amount of water that we've shown is also pretty small," says Wang.

According to Wang's calculations, a full-sized system using about 2 pounds of MOF powder could deliver close to three quarts of water per day.

And she expects scaling up the prototype won't be all that expensive. Although MOFs are a relatively new material, "there are companies that already make various MOFS at very large bulk scales," she says.

There are many steps before a mass-produced MOF-based water collector becomes a reality. It hasn't been shown, for example, that the water released by the MOF powder is free of contaminants.

But it's conceivable that someday if you're visiting Death Valley, one of the driest places in the United States, you'll be able to wet your whistle with a device based on Wang and Yaghi's concept.