Accessibility links
United Airlines Changes Its Policy On Displacing Customers : The Two-Way United says the decision must be made before customers board the plane. Battered by a viral video nightmare, the airline says this is an initial step toward delivering "the best customer experience." 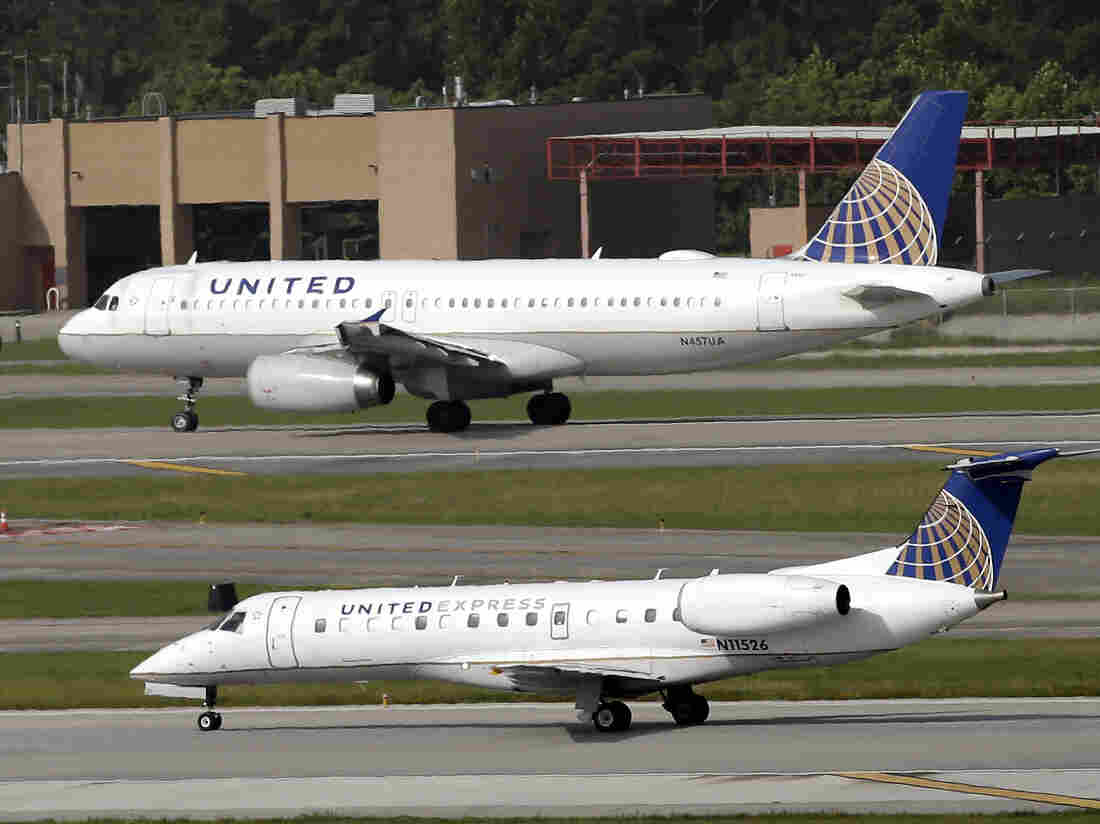 Two United Airlines planes taking off at George Bush Intercontinental Airport in Houston. After a man was dragged off a United flight, the company changed its policy on overbooked flights. David J. Phillip/AP hide caption 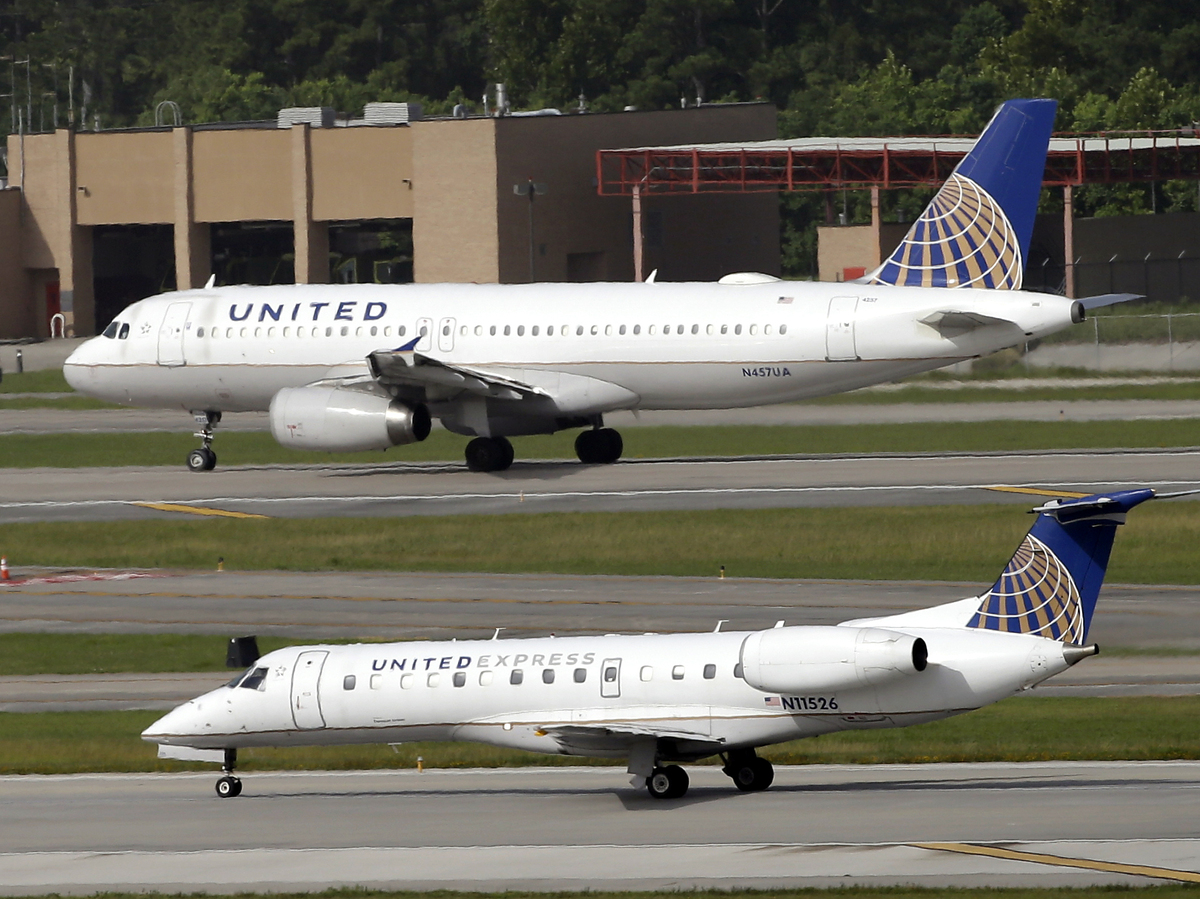 Two United Airlines planes taking off at George Bush Intercontinental Airport in Houston. After a man was dragged off a United flight, the company changed its policy on overbooked flights.

United Airlines crew members will no longer be able to bump a passenger who is already seated in one of the airline's planes.

The policy change was first reported by TMZ. A spokesperson for the airline confirms that United has updated its policy "to make sure crews traveling on our aircraft are booked at least 60 minutes prior to departure. This ensures situations like Flight 3411 never happen again."

If the crew member is not booked an hour before the flight, then he or she will have to wait for the next available flight.

The United Airlines Fiasco: How Game Theory Could Help

The policy change effectively means that if there is a need to displace a passenger from a flight, the decision is made before boarding begins.

"This is one of our initial steps in a review of our policies in order to deliver the best customer experience," said the spokesperson.

TMZ quoted an internal email that states, "No must ride crew member can displace a customer who has boarded an aircraft."

The policy change comes as the beleaguered airline is still in recovery mode in the aftermath of the viral video of a passenger being dragged off a Chicago-to-Louisville flight Sunday night.

David Dao, the 69-year old Kentucky physician yanked off the fully booked flight after refusing to give up his seat for a crew member, sustained injuries and may need surgery, according to his attorney.

At least one other airline is rethinking its policy too.

Delta is authorizing its supervisors to offer a displaced passenger almost $10,000 in compensation. The previous incentive had been $1,350. Gate agents can offer $2,000.

Other airlines have not said whether they will increase their compensation limits to displaced passengers.