Accessibility links
At Least 112 Killed In Car Bombing In Rebel-Held Territory In Syria : The Two-Way The car bomb struck a parked convoy near Aleppo. The convoy was part of a deal to allow thousands to relocate from both government and rebel-held areas. 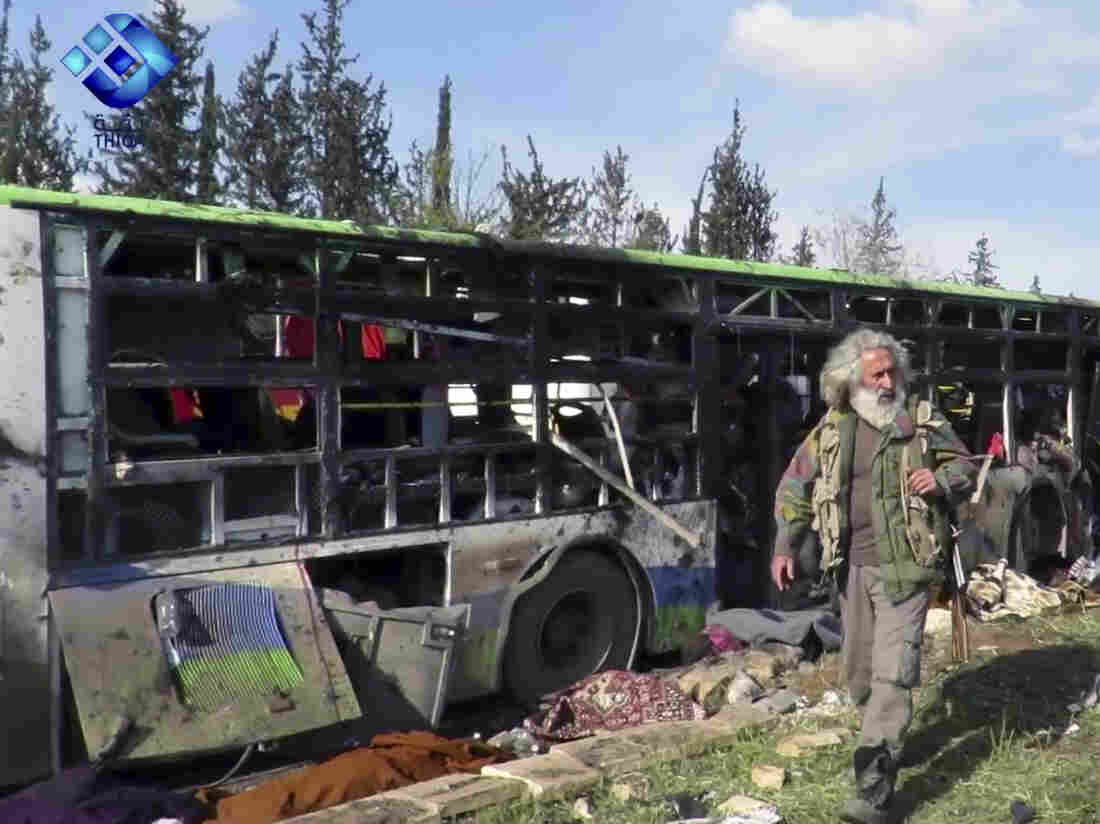 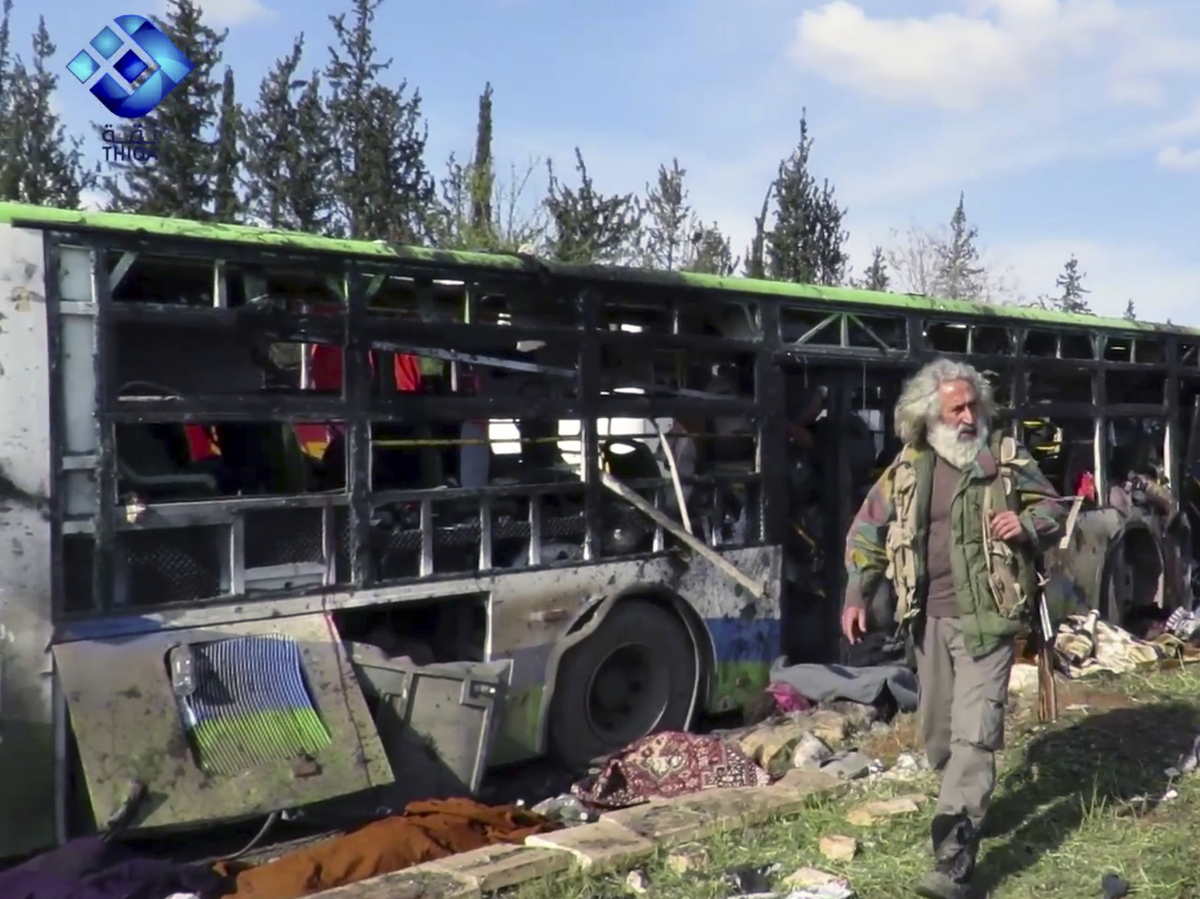 At least 112 were killed following a car bomb attack on buses carrying evacuees from government-held towns in Syria.

At least 112 people are dead after a car bomber drove into a convoy carrying evacuees from besieged areas of Syria on Saturday, a human rights group says.

Early on Sunday, the Syrian Observatory for Human Rights raised the number of people killed from earlier reports.

NPR's Alison Meuse tells our Newscast unit, the convoy had been transporting residents of government-held towns in accordance with a "reciprocal agreement" between Syrian and rebel forces:

Four Besieged Syrian Towns Are Being Evacuated In Reciprocal Swap

She reports that a car bomber drove into the convoy, and YouTube videos of the aftermath show a chaotic and bloody scene, including a body of a child hanging out of a bus window.

The blast occurred in the Rashideen area, which is a rebel-controlled district outside Aleppo.

The Syrian government said the car had been supposedly carrying aid to the evacuees.

No group has claimed responsibility for the attack.

The convoy has since arrived in government-held territory.

The BBC adds that according to the "Four Towns" deal, some 30,000 people were planned to be relocated, but on Saturday nearly 7,000 people — on both sides of the conflict — were stranded:

"The complex choreography of this exchange has been attempted before on a smaller scale, reports Sebastian Usher, the BBC's Arab affairs editor. There must now be concern over whether it can continue at all, he adds. ...

"Rebels say Damascus breached the terms of the deal, accusing the government of trying to bring out more loyalist fighters than agreed."

Alison further points out that the deal has been controversial and subject to accusations of forcing demographic change.