Accessibility links
Park Geun-hye, South Korea's Ousted President, Is Formally Indicted : The Two-Way Park, who was impeached and removed from power, faces charges that range from bribery to the leaking of state secrets. The bribery charge alone carries a possible life sentence in prison. 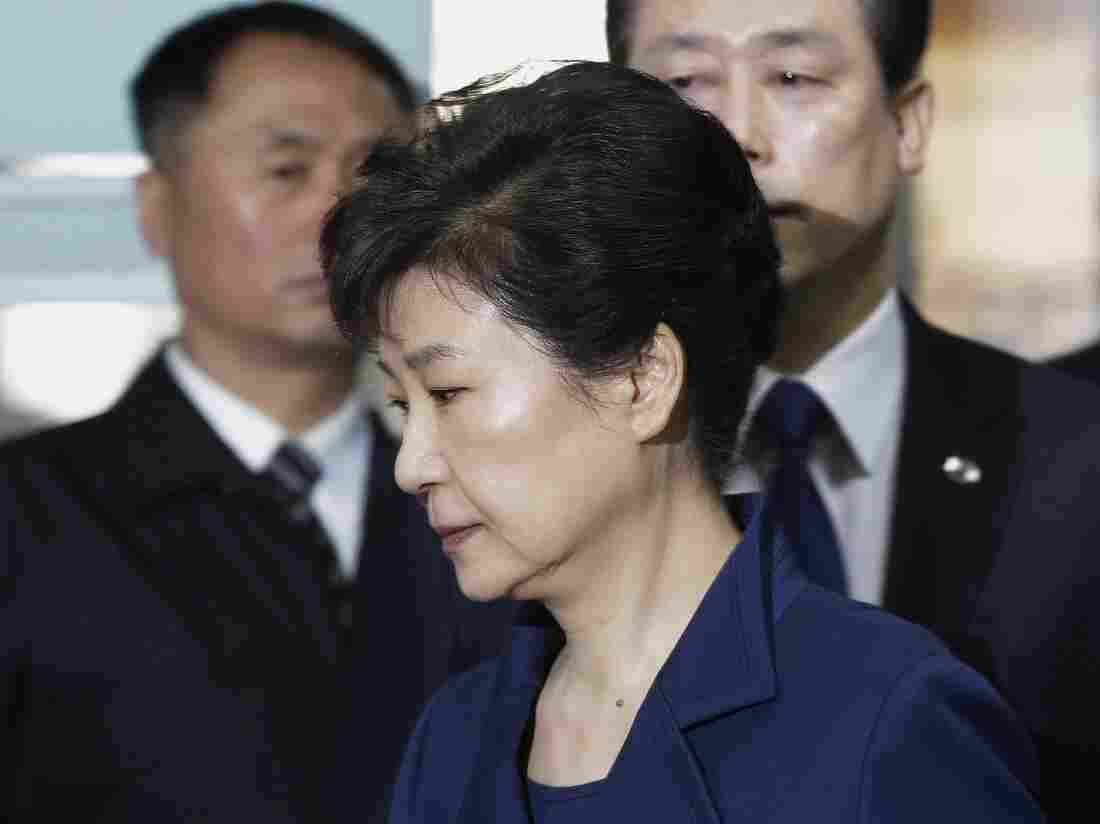 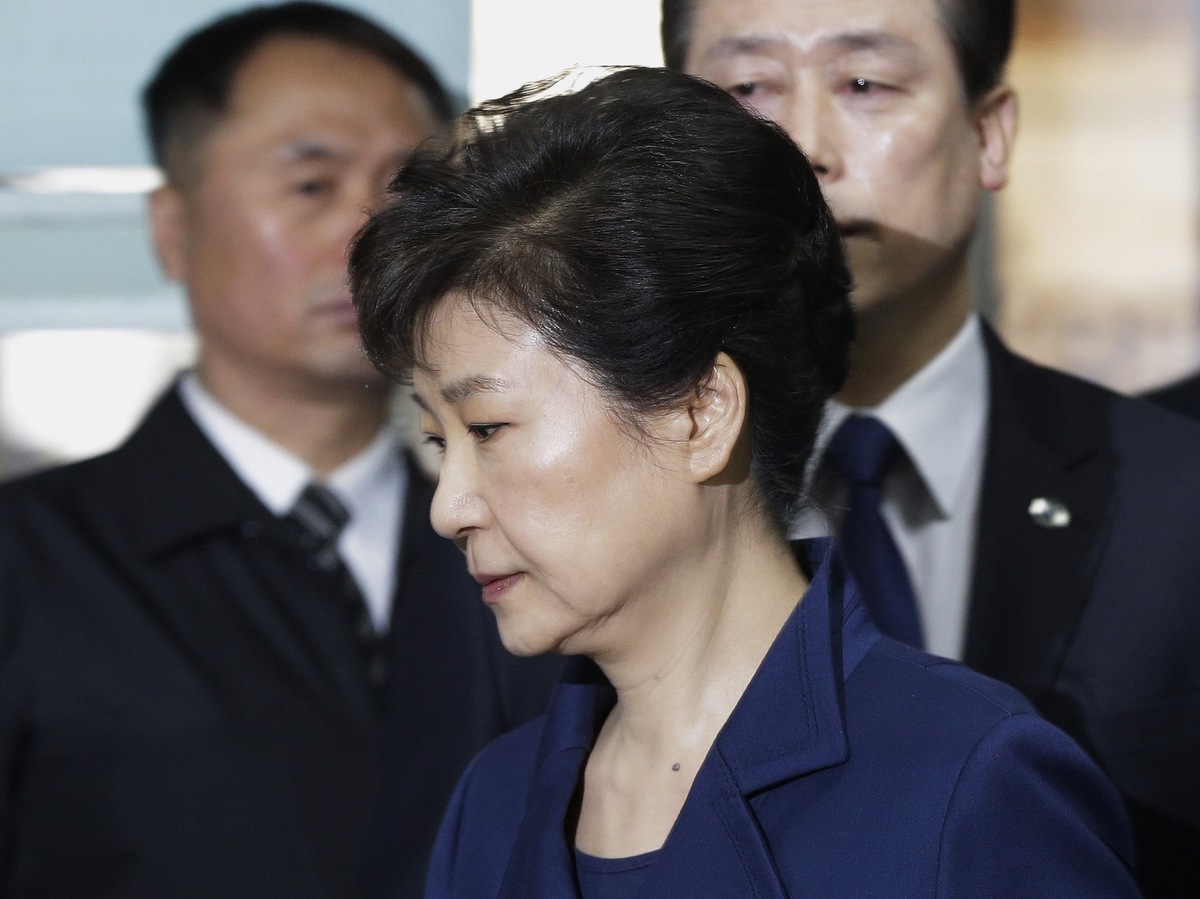 Ousted South Korean President Park Geun-hye arrives at the Seoul Central District Court for a hearing in late March. Arrested shortly after that hearing, Park has now been formally indicted on corruption charges.

South Korean prosecutors brought charges Monday that range from bribery and coercion to abuse of power and the leaking of government secrets. The New York Times reports the criminal charges, which totaled 13 when she was taken into custody, now number up to 18.

What's Next For South Korea After Ousting Its President

The Associated Press notes that it's Park's bribery charge that carries the heftiest potential punishment, "ranging from 10 years to life imprisonment."

South Korean news service Yonhap breaks down some of the allegations behind that charge and others:

"In addition to allegations Park colluded with her friend Choi Soon-sil in coercing local conglomerates to donate a total of 77.4 billion won (US$68 million) to two nonprofit foundations — Mir and K-Sports — the ex-leader is also accused of soliciting bribes from Lotte and SK groups.

"Lotte Group Chairman Shin Dong-bin was put on trial on charges of giving 7 billion won to the K-Sports Foundation, allegedly controlled by Choi.

"SK Group avoided prosecution as it did not give 8.9 billion won in donations sought by the former president."

From here, the case against Park proceeds to the Seoul Central District Court, where a three-judge panel will open a trial in the coming weeks, according to the Times.

Still, the AP reports it's unclear whether that trial will kick off prior to the May 9 special election that will decide South Korea's next president.