Accessibility links
Atlanta Highway Buckles Dramatically, Injuring A Motorcyclist : The Two-Way Interstate 20 is currently closed for repairs. It's the second eye-popping highway malfunction in Atlanta in a month. In late March, an interstate overpass collapsed after a fire. 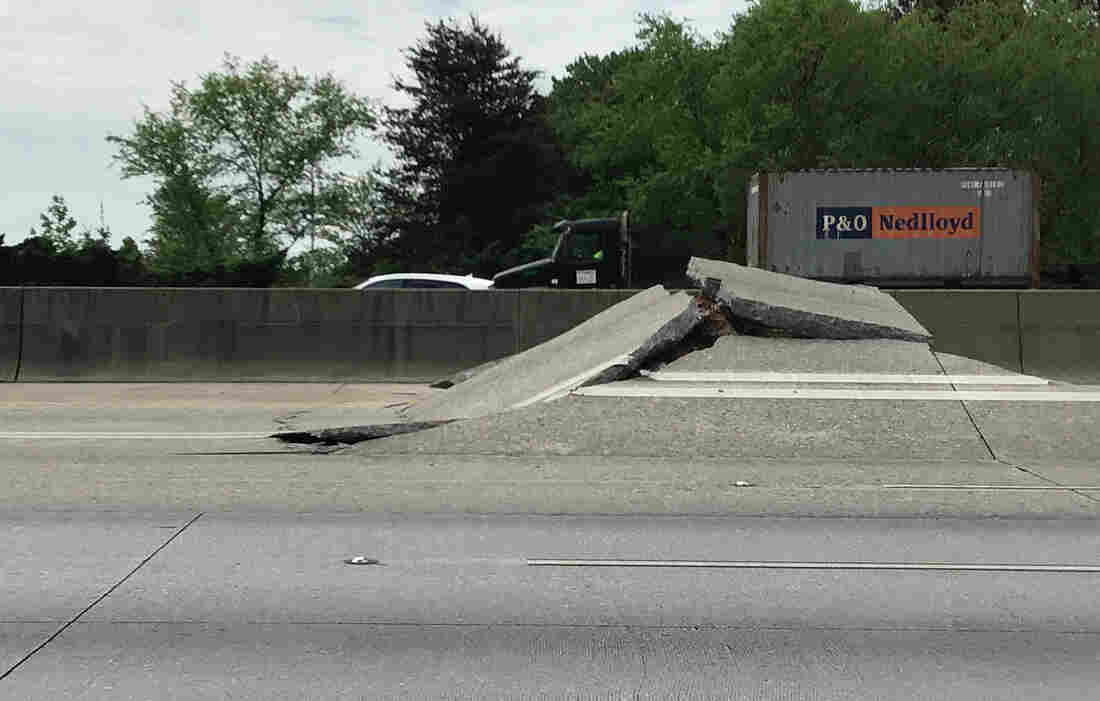 I-20 West was closed Monday morning after a portion of the highway buckled. Eric Stirgus/Atlanta Journal Constitution hide caption 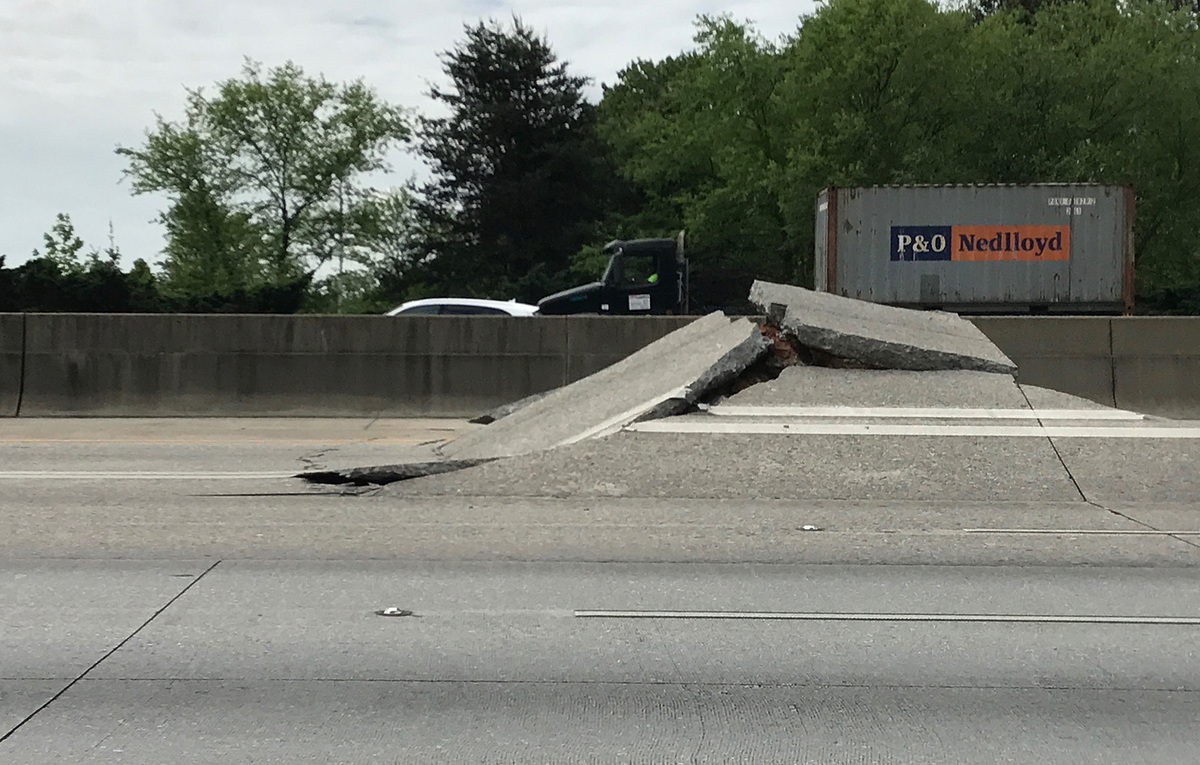 I-20 West was closed Monday morning after a portion of the highway buckled.

A major interstate in Atlanta buckled dramatically on Monday, injuring a motorcyclist and shutting down a section of the freeway.

"The pavement rose to nearly the height of a full-grown man and split into several pieces," The Associated Press reports, citing multiple witnesses.

The injured motorcyclist was traveling at high speed along the interstate when the pavement began to buckle, the wire service reports. He hit the damaged section of highway and was "flung through the air"; he has been hospitalized in critical condition, the AP writes.

I-85 Bridge Collapse In Atlanta Brings Headache To 250,000 Drivers A Day

But a spokeswoman for Atlanta Gas Light said while a contractor for the utility was working in the area, no natural gas was released.

"Natalie Dale, a spokesperson for the Georgia Department of Transportation, said in a news conference Monday afternoon that the agency is assessing the stability of lanes near the buckling and hopes to have some lanes opened by 5 p.m. Monday. ...

" '[However,] motorists should not plan for an all-open on this section of the road until at least noon tomorrow,' Dale said.

"Westbound lanes on I-20 between Candler and Gresham roads were closed Monday due to the buckling.

" 'This is not an occurrence that happens every day,' Dale said. 'This is an extenuating circumstance of some things that happened when some work was being done so this does not indicate that we have widespread crumbling infrastructure.' "

The incident is the second eye-popping highway malfunction in Atlanta within the last month.

In late March, a bridge on I-85 collapsed after a major fire, which local authorities believe was arson.