Accessibility links
Theresa May Calls For U.K. Early Election Amid Brexit Fallout : The Two-Way "At this moment of enormous national significance, there should be unity here in Westminster," Theresa May said in the surprise announcement, as the U.K. prepares to leave the European Union. 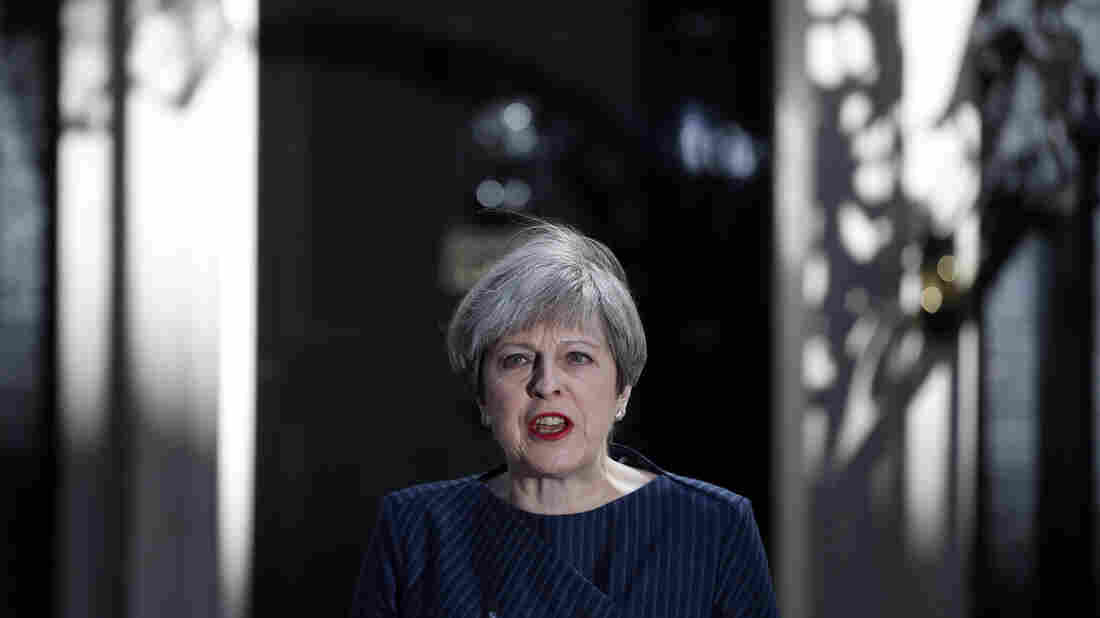 Britain's Prime Minister Theresa May speaks to the media outside her official residence of 10 Downing St. in London on Tuesday. May announced she will seek early elections to be held June 8. Alastair Grant/AP hide caption 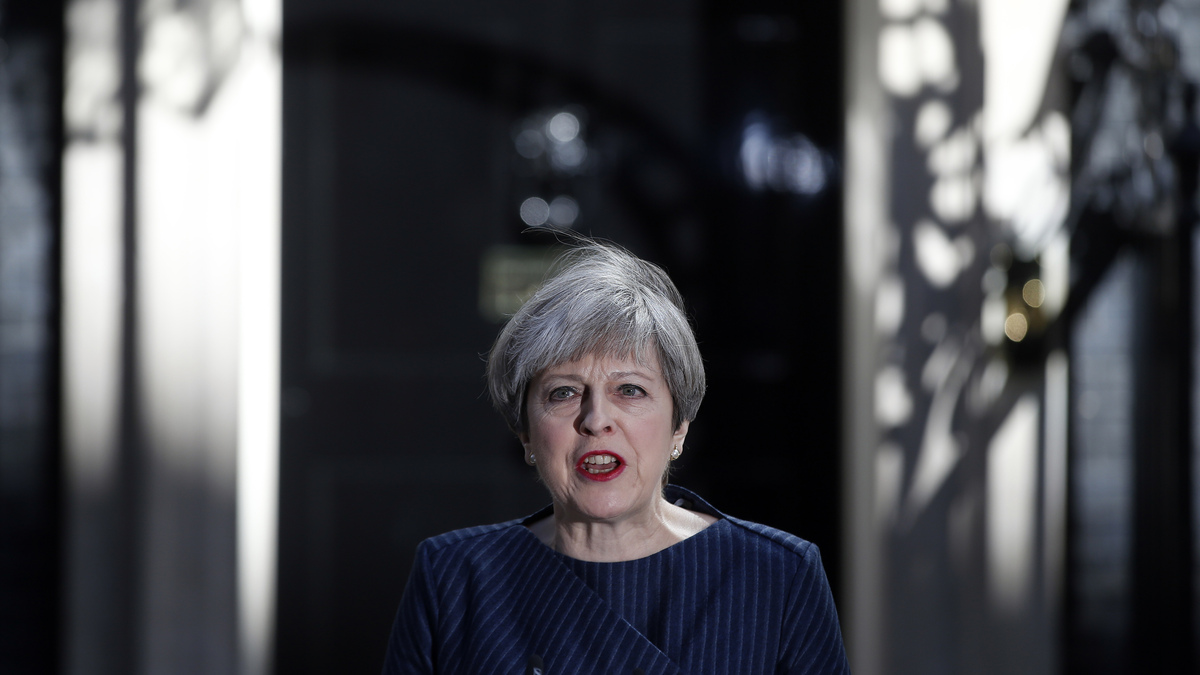 Britain's Prime Minister Theresa May speaks to the media outside her official residence of 10 Downing St. in London on Tuesday. May announced she will seek early elections to be held June 8.

British Prime Minister Theresa May has announced that she is calling for an early election on June 8, describing it as the "only way to guarantee certainty and stability for the years ahead" as the U.K. prepares to negotiate its exit from the European Union.

The decision was immediately welcomed by the head of the Labour Party, Jeremy Corbyn. He called it a "chance to vote for a government that will put the interests of the majority first."

Scottish First Minister Nicola Sturgeon, who opposes Brexit, said May's Conservative Party is trying to "move the UK to the right, force through a hard Brexit and impose deeper cuts."

May made the surprise announcement in televised remarks in front of 10 Downing St. In order to hold a vote ahead of the next scheduled general election in 2020, she will need the backing of Parliament, the BBC reports.

The Conservative Party currently holds a small majority in the House of Commons, with 330 of its 650 seats.

"At this moment of enormous national significance, there should be unity here in Westminster," the Conservative leader said. "But instead, there is division," May added, accusing other political parties of weakening the government's leverage with the EU.

"What they are doing jeopardizes the work we must do to prepare for Brexit at home, and it weakens the government's negotiating position in Europe," May added. "If we do not hold a general election now, their political game-playing will continue, and the negotiations with the European Union will reach their most difficult stage in the run-up to the next scheduled election."

A general election will "guarantee certainty and stability for the years ahead" - @Theresa_May https://t.co/AJAEO9hRcQ pic.twitter.com/YDey9nlosb

Last month, May triggered the process that began the U.K.'s formal departure from the European Union. British voters made the surprise decision to leave the bloc in a referendum last June.

She emphasized the urgency to hold an election. "[W]e have at this moment a one-off chance to get this done, while the European Union agrees its negotiating position and before the detailed talks begin."

May appeared to challenge her political opponents: "Tomorrow, let the House of Commons vote for an election. Let everybody put forward their proposals for Brexit and their programs for government, and let us remove the risk of uncertainty and instability and continue to give the country the strong and stable leadership it demands."

She said she came to this conclusion "only recently, and reluctantly." She had previously denied that she was considering any election prior to the next one scheduled.