Accessibility links
Former Microsoft CEO Launches New Tool For Finding Government Data : The Two-Way On Tax Day, Steve Ballmer announced USAFacts — a website where anyone can look up where government money comes from, and how it's spent, along with lots of other data. 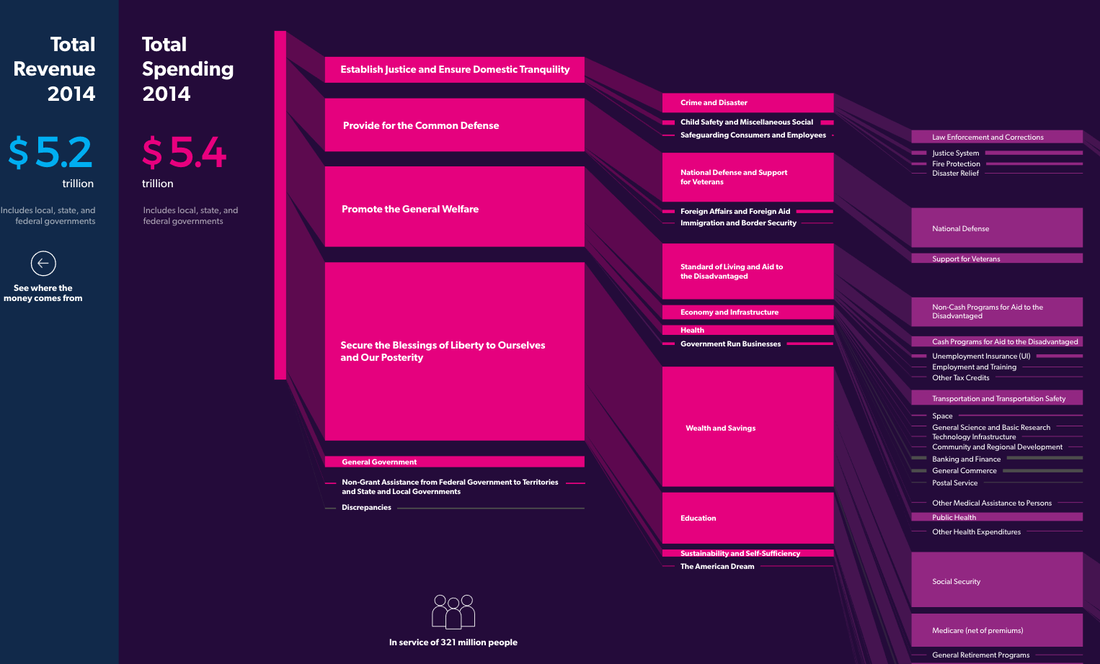 A new project by former Microsoft CEO Steve Ballmer takes government data on spending and revenue and turns it into interactive graphics, like this breakdown of spending by local, state and federal governments in 2014. USAFacts.org/Screenshot by NPR hide caption 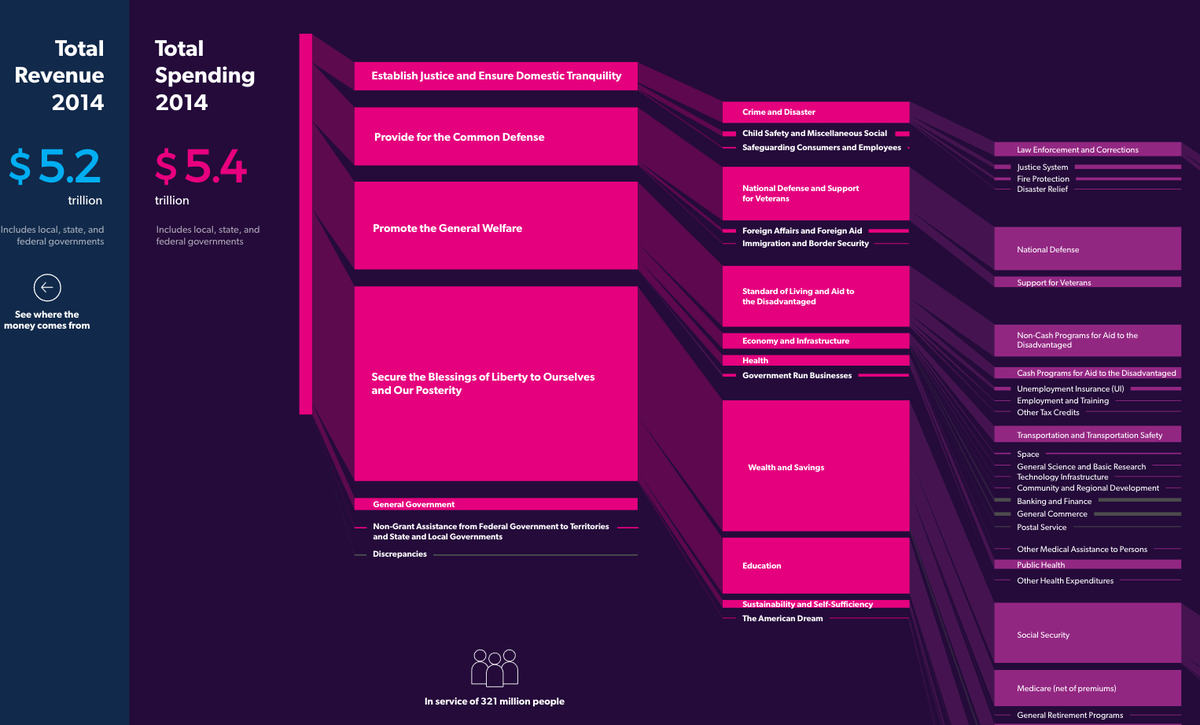 A new project by former Microsoft CEO Steve Ballmer takes government data on spending and revenue and turns it into interactive graphics, like this breakdown of spending by local, state and federal governments in 2014.

The website — USAFacts.org — has been slow and buggy for users on Tuesday, apparently due to the level of traffic. It offers interactive graphics showing data on revenue, spending, demographics and program missions.

For example, the site prominently features an infographic created to break down revenue and spending in 2014. Revenue is broken down by origin; spending is broken down by what "mission" of government it serves, based on the functions laid out in the Constitution.

It's a big-picture view of where U.S. tax dollars come from, and how they're spent. But click on a subcategory and you're taken to a more detailed, granular view of that spending.

Ballmer didn't create the site because he was an expert on government data. Quite the opposite, according to The New York Times' Dealbook.

The Times says that Ballmer's wife was pushing her newly-retired husband to get more involved in philanthropy. Ballmer said — according to his own memory, as he described the conversation to the Times -- "But come on, doesn't the government take care of the poor, the sick, the old?"

Ballmer's wife suggested there was more to the story than he understood. So Ballmer tried to look up exactly how much money the government had, and how it spent it, and how effective those programs were.

Surely it was out there somewhere, he thought. He started with a search on Bing (former Microsoft CEO, remember). Then he tried Google. When it turned out no one-stop way of accessing that data existed, Ballmer decided to spend millions of dollars creating it.

Wired notes that Ballmer's site is not the first attempt to bring this kind of data to the people. On the bureaucratic side, Wired writes, "[The] government launched Data.gov in 2009 to centralize its stats, and President Obama passed the DATA Act in 2014 to get record-keeping standards up to snuff." On the startup side, there's OpenGov, "which also tries to organize and parse government data."

But the tech site argues that Ballmer's project stands out for its use of custom graphics to make abstract, complex numbers quickly comprehensible.

The site says it is "factual and unbiased" and doesn't "make judgments or prescribe specific policies."

Ballmer, for his part, "said he wanted the project to be completely apolitical" and "has given money to candidates on both sides of the aisle," the Times reports.

But data never exists in a vacuum, and as Wired says, "infographics are inherently editorialized."

"Whether government money is spent wisely or not, whether our quality of life is improving or getting worse – that's for you to decide," the website says. "We hope to spur serious, reasoned, and informed debate on the purpose and functions of government."