Accessibility links
'I Shot Them,' Suspect In Deadly Fresno Shootings Tells Police : The Two-Way Kori Ali Muhammad, who is black, was arrested shortly after the rampage that left three white men dead, police in Fresno, Calif., said. He is also suspected in last week's killing of a security guard.

'I Shot Them,' Suspect In Deadly Fresno Shootings Tells Police

'I Shot Them,' Suspect In Deadly Fresno Shootings Tells Police 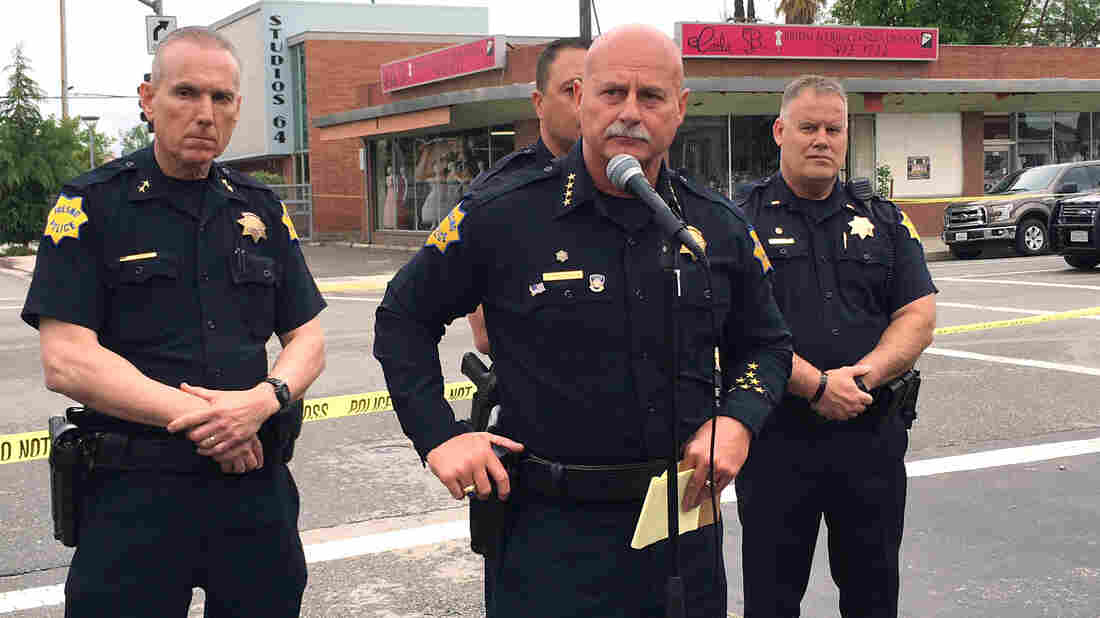 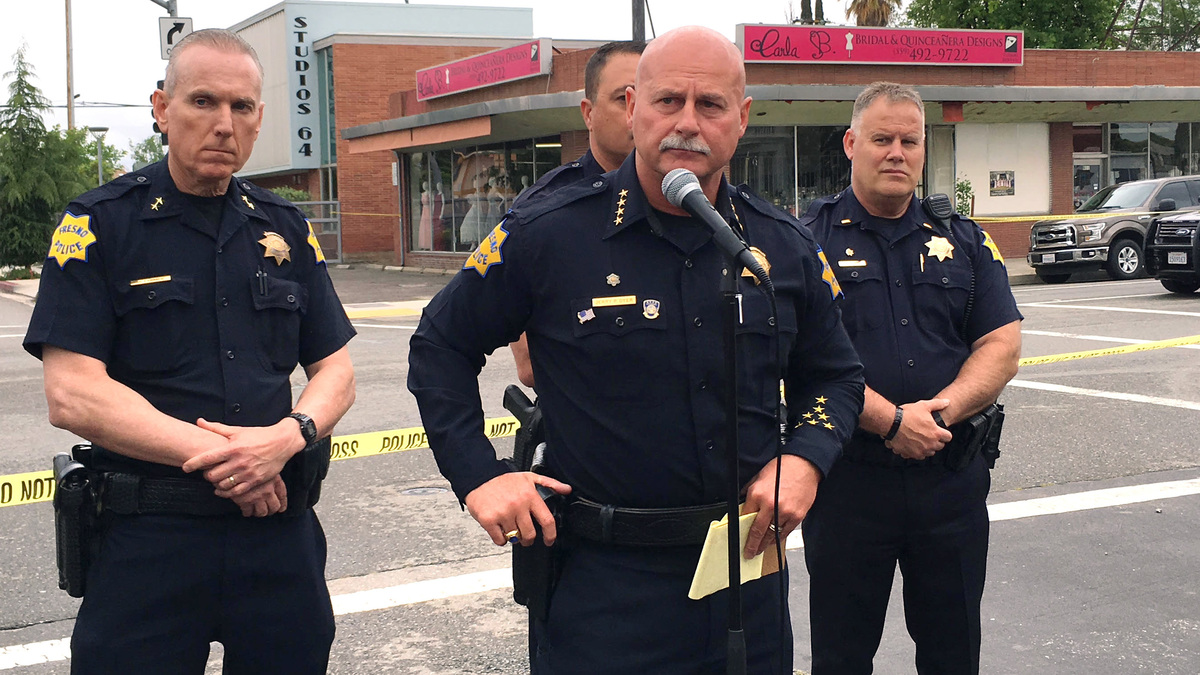 Authorities in Fresno, Calif., have captured a suspect in the slaying of three white men who were walking on the city's streets Tuesday morning.

"The suspect is identified as, 39-year-old Kori Ali Muhammad, who allegedly approached and murdered three people in downtown Fresno.

"Police Chief Jerry Dyer says the city's gunshot detection system immediately notified them of the shootings, and an officer found Muhammad running away from the scene. 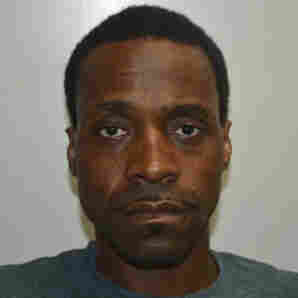 Hours before the shootings, police had issued a news release saying Muhammad, who was suspected in the shooting death of a white security guard last week, was armed and dangerous.

Muhammad faces four counts of murder and at least two additional charges of assault with a deadly weapon.

"During his arrest, Muhammad shouted "Allahu Akbar," but Fresno Police Chief Jerry Dyer said the shootings had "nothing to do with terrorism in spite of the statement he made."

"This is solely based on race," Dyer told reporters."

Dyer also said in his press briefing that Muhammad told officers while he was being arrested that he was the man they were looking for.

"I did it. I shot them," Dyer said Muhammad told officers.

"The first report was logged about 10:45 a.m. in the 300 block of North Van Ness Avenue when the gunman walked up to a Pacific Gas & Electric pickup and opened fire on the passenger, shooting him repeatedly and mortally wounding him.

"Within seconds, Dyer said, the gunman had moved west on Mildreda Street, firing at but missing a resident, and then to Fulton Street, where he fired several rounds at another man, striking and killing him.

"The gunman reloaded at a bus stop and then killed a man in the parking lot of Catholic Charities in the 100 block of North Fulton, he said.

"Officers responding to the ShotSpotter report saw Muhammad running south on Fulton and took him into custody, Dyer said. Although police found rounds of .357 caliber bullets and speed loaders for a revolver when Muhammad was taken into custody, no weapon was found, he said."

Muhammad has a criminal history that includes arrests on weapons, drugs and false imprisonment charges and making terrorist threats.