Accessibility links
4 Indian Politicians To Stand Trial Over 1992 Mosque Destruction : The Two-Way It was one of the most incendiary episodes in India's modern history, with communal rioting that killed more than 2,000 people. Now, the Supreme Court has revived criminal conspiracy charges. 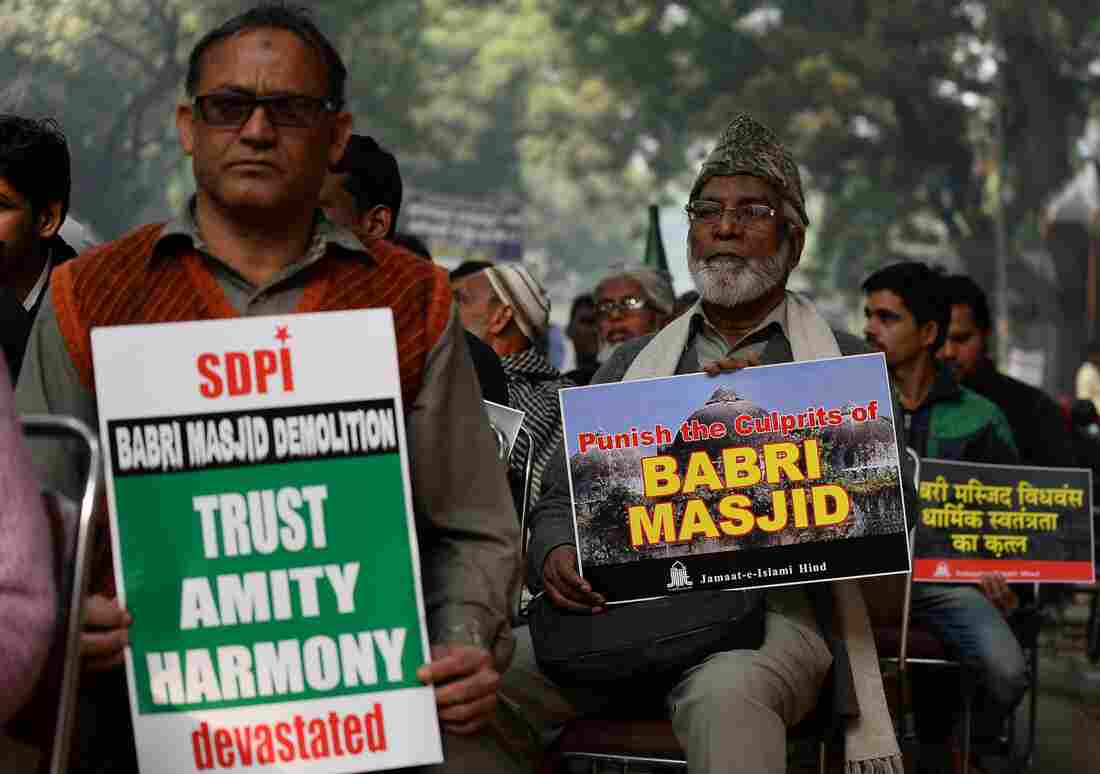 Indian activists carry placards displaying images of the Babri mosque during a December 2016 protest in New Delhi to mark the anniversary of the mosque's destruction in 1992. Sajjad Hussain/AFP/Getty Images hide caption 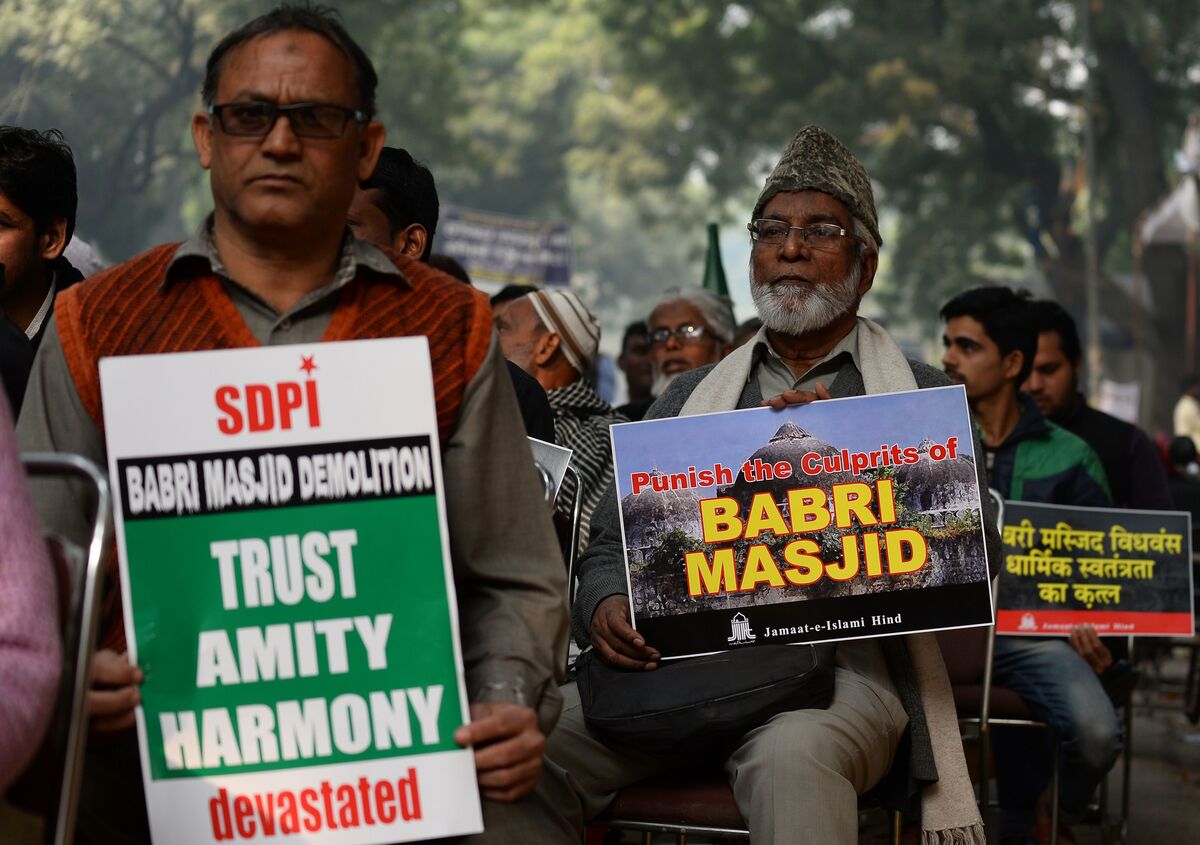 Indian activists carry placards displaying images of the Babri mosque during a December 2016 protest in New Delhi to mark the anniversary of the mosque's destruction in 1992.

It was one of the most incendiary episodes in India's modern history.

Now, the country's Supreme Court has decided to revive criminal conspiracy charges against four veteran ruling party politicians over the destruction of a mosque 25 years ago.

"The destruction of the Babri Masjid by a Hindu mob in 1992 ignited the worst communal rioting across India in decades," NPR's Julie McCarthy reports from New Delhi. "More than 2,000 people were killed."

The four politicians hail from the Hindu nationalist party of Prime Minister Narendra Modi, including former party chief L.K. Advani. They "have been ordered to stand trial for allegedly inciting Hindus to tear down the 16th century mosque" in the town of Ayodhya, Julie adds.

As The Associated Press reports, "The charges against the [Bharatiya Janata Party] leaders, brought by the Central Bureau of Investigation, date back more than a decade and were previously blocked by another court."

The site where the mosque once stood has long been a flashpoint between Hindus and the country's Muslim minority, Julie adds. She says Hindus claim that the area was dedicated to Lord Ram.

The defendants have denied "making inflammatory speeches that encouraged Hindu mobs to tear down the Babri mosque," according to the BBC.

The Supreme Court judges ordered that the trial be completed in two years, the broadcaster adds.

After the charges were reinstated, one of the defendants was quoted by the broadcaster as saying that she has no regrets.

"I want to tell the country it's time for the Ram temple to be built," said Water Resources Minister Uma Bharti. "There is no conspiracy. Yes, I was there in Ayodhya on 6 December [when the mosque was demolished]. ... Why should I regret it. I was involved in the Ayodhya incident. I remain unrepentant."

The future of the site itself remains uncertain; as the BBC reports, "Hindus want a temple built at the site, while Muslims want a new mosque."

But the issues in this case are larger than a single contested site. Julie says that the trial "is certain to revive debate about the brand of Hindu nationalism within the party that Modi now runs."