Accessibility links
SeaWorld Welcomes Its Last Orca Born In Captivity : The Two-Way The orca Takara gave birth to a calf Wednesday at the SeaWorld park in San Antonio, Texas. SeaWorld announced last year that it was ending its breeding program. 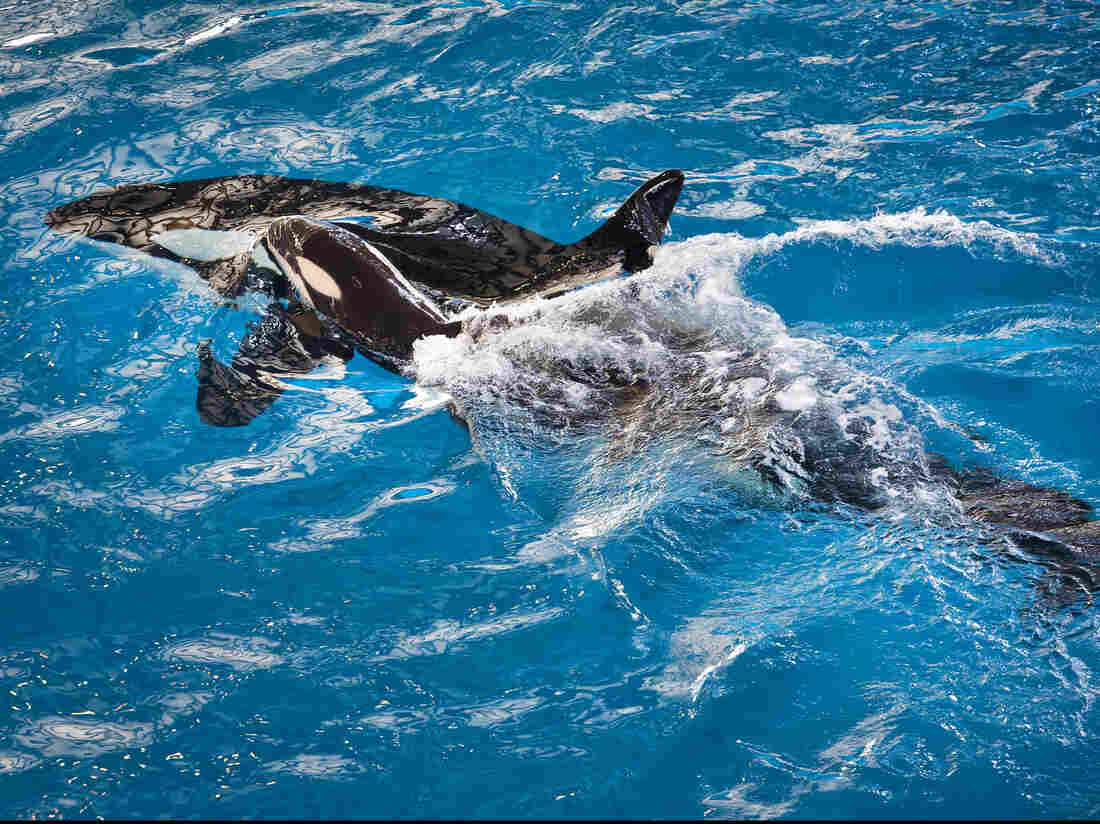 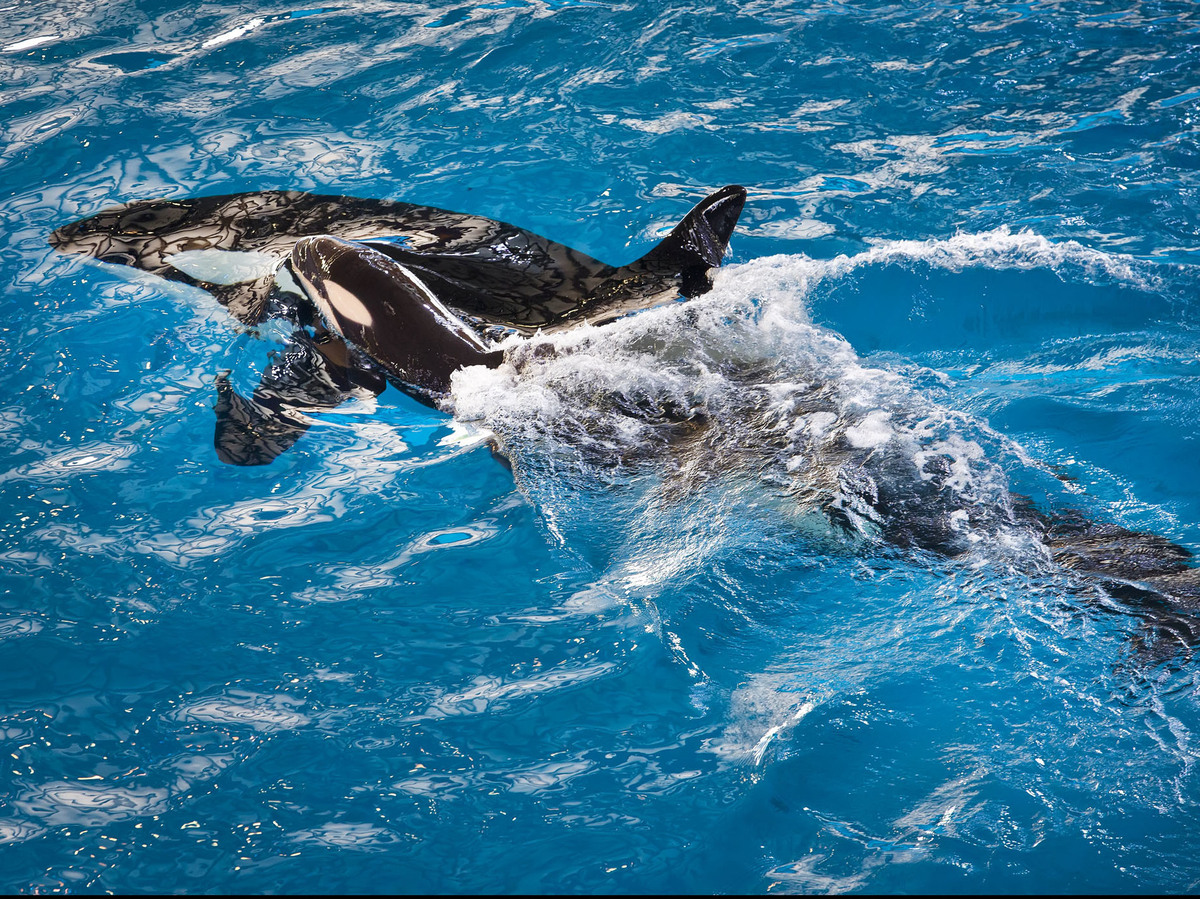 At 3:33 p.m. ET on Wednesday, SeaWorld welcomed its last orca born in captivity.

The birth at the SeaWorld in San Antonio, Texas, wasn't streamed live — unlike with April the giraffe — but it will be the final chance for SeaWorld guests to see a baby orca grow up.

"This is an exciting and emotional day for us at SeaWorld and we are all so proud to share this new killer whale calf with the world," Chris Bellows, SeaWorld's vice president of zoological operations, said in a statement.

The as-yet-unnamed baby was born to 25-year-old Takara, the matriarch of the park's pod. She was pregnant for about a year and a half, according to SeaWorld, and was already carrying the baby when the company announced last March that it would stop breeding orcas in captivity. 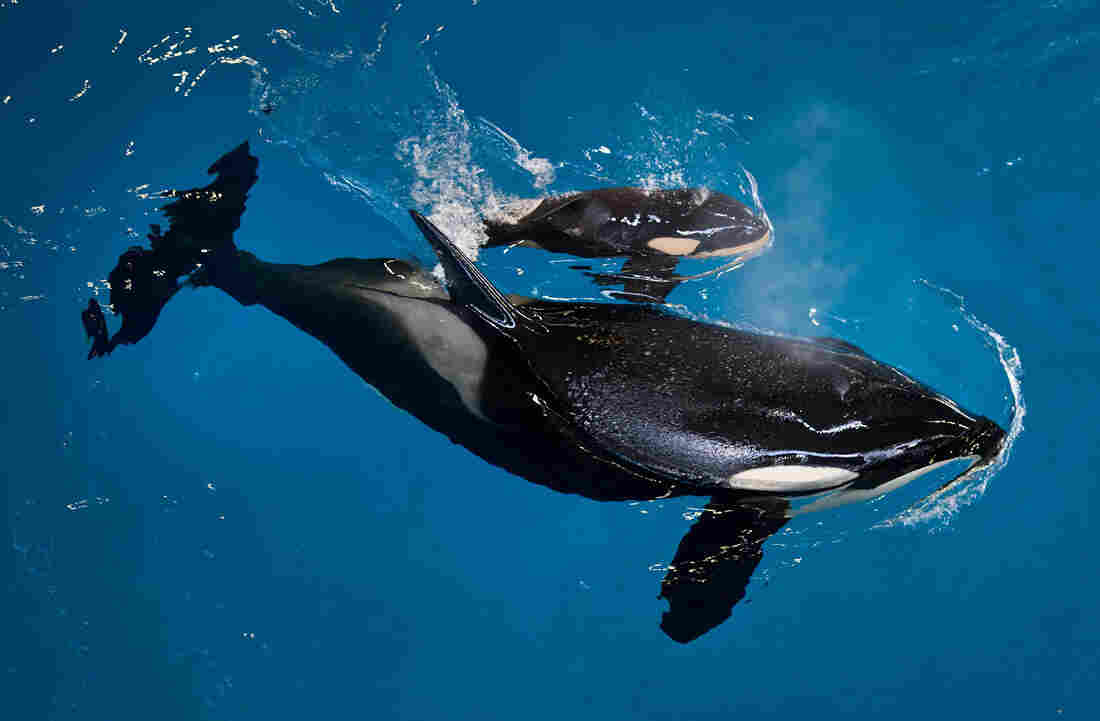 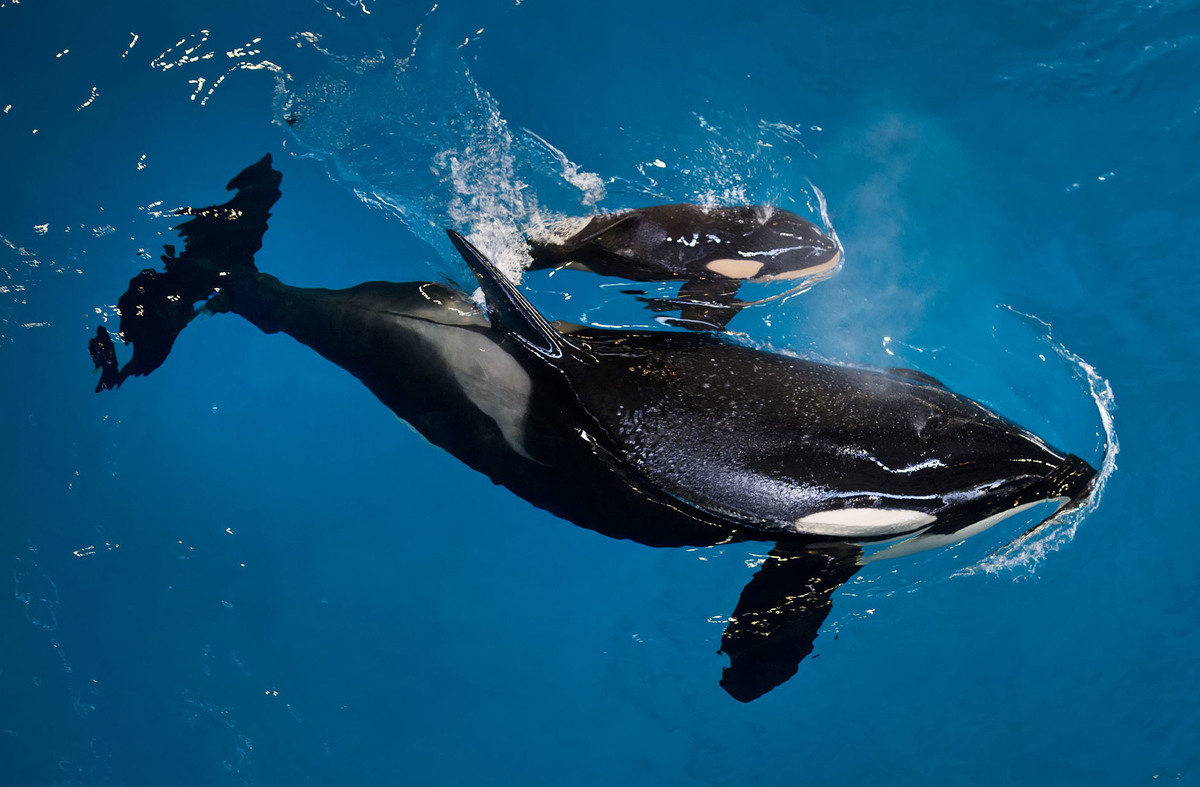 Mother Takara with her as-yet-unnamed newborn at SeaWorld San Antonio.

As NPR's Greg Allen has reported, SeaWorld's treatment of its orcas came under scrutiny with the release of the 2013 documentary Blackfish. It told the story of Tilikum, a SeaWorld orca who killed trainer Dawn Brancheau, and was implicated in the deaths of two other people. In the film, former SeaWorld trainers blamed the company, saying the stress of captivity is dangerous for both whales and trainers.

Last March, SeaWorld President Joel Manby said this would be "the last generation of orcas in our care." He went on to say that SeaWorld would not free its orcas because the time spent in captivity meant they would likely die in open waters.

Visitors will have the opportunity see Takara and her calf in "the near future during select times," the company said in its statement. But at the moment, the calf is learning to nurse and veterinarians are monitoring both orcas "24-hours-a-day to help ensure a successful start."

As for how long fans have to see this calf grow up, SeaWorld says it has several killer whales in their 30s and one around the age of 50.

The calf's gender will be confirmed at a later date. Meantime, let the name guessing begin.