Accessibility links
Top Russian Court Bans Jehovah's Witnesses, Claiming 'Extremist Activities' : The Two-Way The country's Supreme Court has ruled that the sect must cease operations and the state will take over its assets. The sect has been subject to arrests, property seizure and bans on its literature. 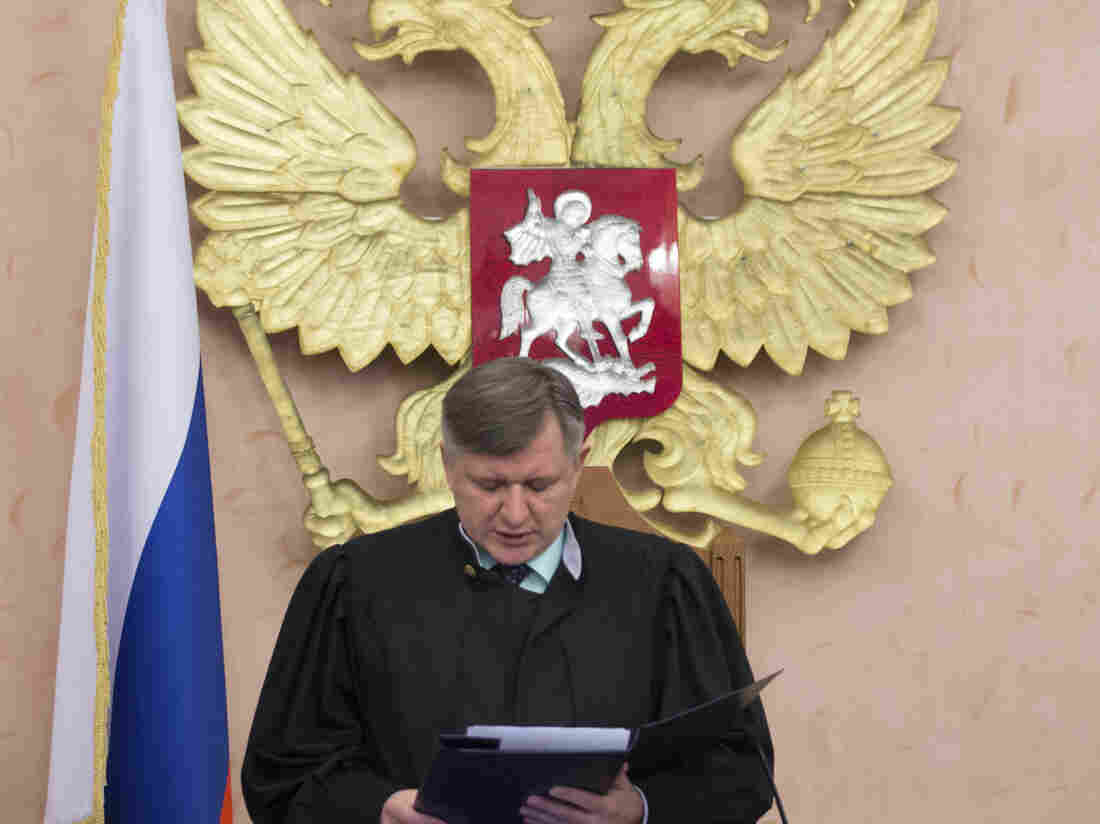 Russia's Supreme Court Thursday banned the Jehovah's Witnesses' organization, classifying it an extremist group. The sect's Russia headquarters as well as some 400 local chapters are to be seized by the state. Ivan Sekretarev/AP hide caption 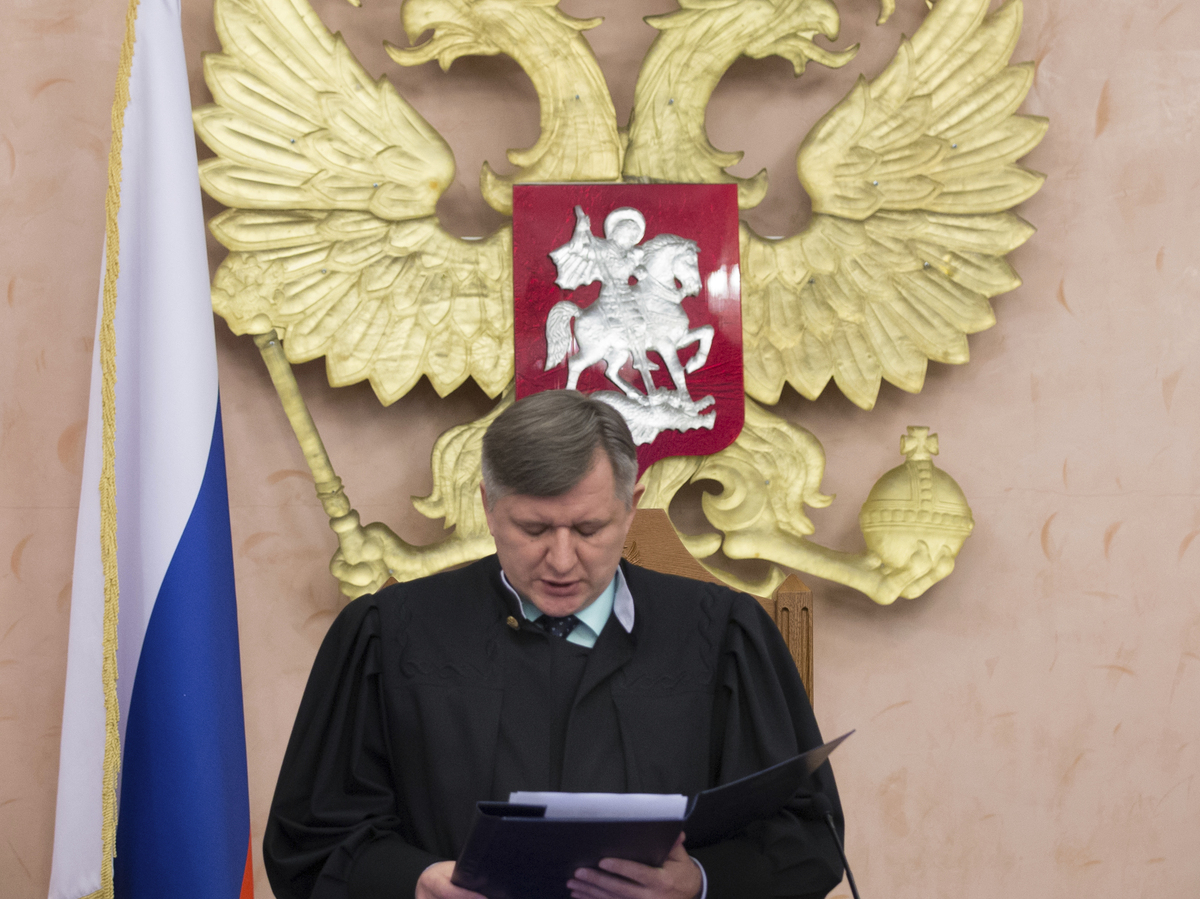 Russia's Supreme Court Thursday banned the Jehovah's Witnesses' organization, classifying it an extremist group. The sect's Russia headquarters as well as some 400 local chapters are to be seized by the state.

Russia's Supreme Court has banned the Jehovah's Witness organization after the country's Justice Ministry requested the group be labeled "extremist" and have their operation dissolved, a Russian state news agency reports.

As NPR has previously reported, the group's literature and website has been subject to bans in Russia and members have been arrested or had their property seized. But Thursday's ruling also means the sect's Russian assets – including its St. Petersburg headquarters and nearly 400 chapters — will become state property, according to the Tass news agency.

The state-owned service adds, that the sect had been warned in October last year over "extremist activities."

"Under Russian legislation the religious organization in question is to be closed down if it fails to eliminate the exposed violations within the required deadline or if new evidence of its extremist activities come to light," Tass reports, adding that the Moscow city court upheld the warning earlier this year.

But the sect contests the classification.

In a statement published Wednesday, the Jehovah's Witnesses claimed the Russian Justice Ministry failed to specify a legal basis for the ban, which appears to be part of Russia's anti-extremism law. That law classifies crimes "motivated by prejudice or, as stated in Russian law, 'ideological, political, racial, national or religious enmity, as well as hatred or enmity towards a social group'" as extremist.

"Extremist activities as they are listed in the Extremism Law are subject to prosecution regardless of their consequences and the level of public danger. This allows for the application of restrictive measures to relatively insignificant offenses," the law continues.

But as an official for the Jehovah's Witness operation in Russia told NPR last May, the religion demands pacifism of its members and other behaviors the group maintains are contrary to the extremist charge.

"The main problem that we face now is misuse of the anti-extremism law. In the whole world, Jehovah's Witnesses are known as peaceful, obedient, respectful citizens. We respect government, and we are politically totally neutral," said Yaroslav Sivulsky.

"Sivulsky says the accusation of extremism is based on a false understanding of the Jehovah's Witnesses' assertion that theirs is the only true religion. Prosecutors have alleged that means they are promoting 'religious discord.'

" 'And of course, it's totally wrong,' Sivulsky says, 'because every religion feels that they have the only true religion. This is the nature of any religion, otherwise, why are you following a false religion?'

"Some opponents of the Jehovah's Witnesses say their claims are more than just polite disagreement, though.

" 'In their literature, there are some very harsh statements and very insulting statements about other faiths,' says Alexander Dvorkin, a former Russian Orthodox priest who now teaches the history of religion and cult studies at St. Tikhon University in Moscow. 'Of course, every religion has the right to criticize other faiths, but that should be done in a non-insulting manner, especially if you are talking about the faith of the majority.' "

The Jehovah's Witness organization, which claims some 170,000 Russian adherents, plans to appeal the ruling, Tass reports.