Accessibility links
Shooting On Paris' Champs Elysees Leaves 1 Officer Dead, 2 Wounded : The Two-Way The attacker was shot dead by police and has been identified, authorities say, without disclosing the identity. ISIS has claimed responsibility for the attack, days before a presidential election. 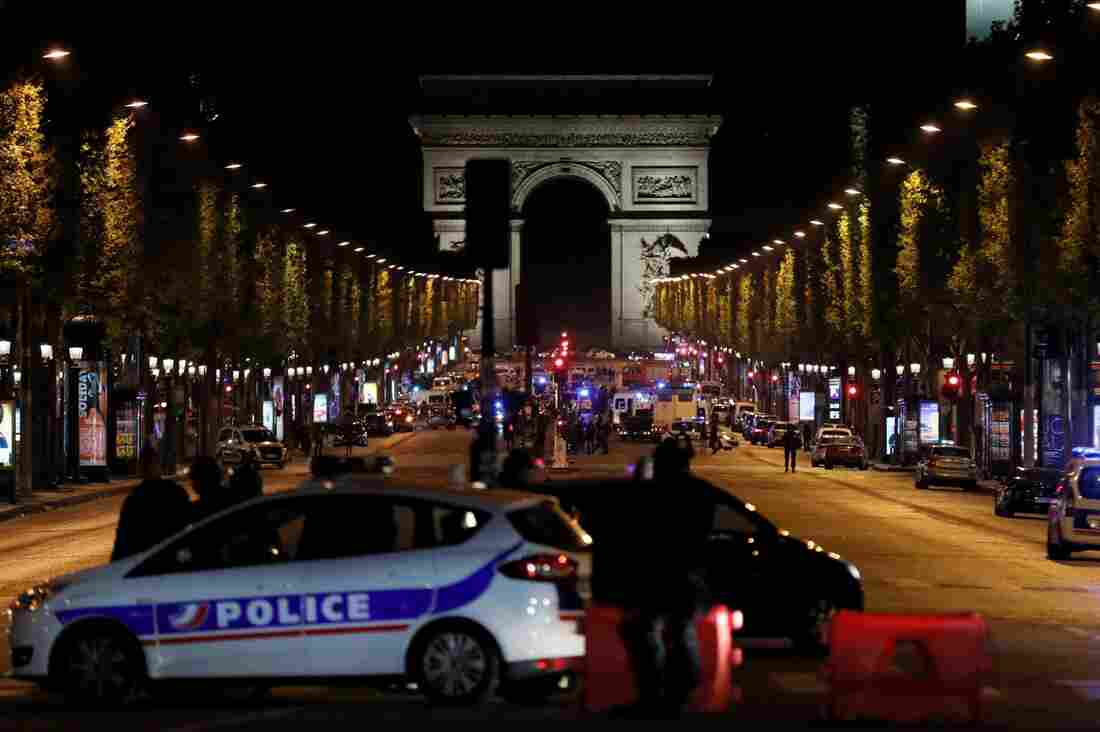 Police officers block access to the Champs Elysees in Paris after a shooting on Thursday. France's Interior Ministry said the attacker was killed in the incident on the world-famous boulevard. Thomas Samson/AFP/Getty Images hide caption 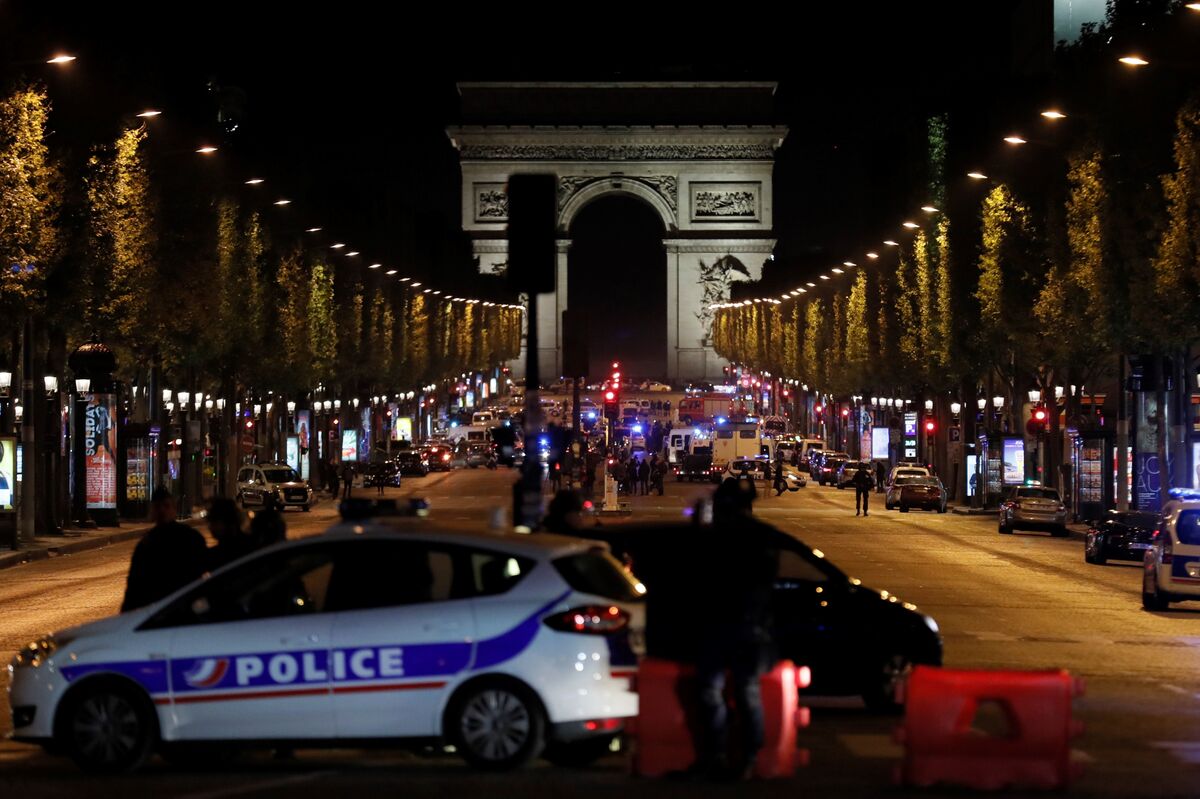 Police officers block access to the Champs Elysees in Paris after a shooting on Thursday. France's Interior Ministry said the attacker was killed in the incident on the world-famous boulevard.

One police officer is dead and two seriously wounded after a shooting on Paris' famous Champs Elysees, in an incident that left one attacker dead. The assailant reportedly targeted a police vehicle. Authorities say a bystander was also wounded.

French prosecutor Francois Molins said the authorities have identified the shooter and are assessing whether the attacker had accomplices. Raids and searches were ongoing, Molins said.

French President Francois Hollande had already said that the authorities suspect the attack was "of a terrorist nature," according to a French 24 translation of his news conference Thursday night. He says counterterrorism authorities are investigating.

The shooting comes just days before first-round votes are cast Sunday in France's closely watched presidential election. At the time of the shooting, all 11 presidential candidates were appearing on television.

One of the candidates, Francois Fillon, has canceled his campaign events on Friday, Reuters reports.

NPR's Eleanor Beardsley reports from the Champs Elysees that the avenue has been completely cordoned off. "People are not allowed on it anymore. Traffic has stopped," she says. "We just see police cars and vans with flashing lights, helicopters overhead."

So close to the presidential election, "the country's on edge," Eleanor says, adding that thousands of police officers are on the streets. "The world's eyes are on France right now. And so anyone who wants to be noticed would do something in France."

The AP, citing a Paris police spokeswoman, reports that the attacker "targeted police guarding the area near the Franklin Roosevelt subway station Thursday night at the center of the avenue popular with tourists."

Witness Ogur Yilmaz told Eleanor he was leaving a cafe when he heard "two or three shots" and saw people fleeing. "I was in a panic, and I ran too," he said.

Earlier this week, in a separate incident, French authorities arrested two men in Marseille, saying they were suspected of planning an "imminent" attack ahead of the election and were found in possession of an arsenal of weapons.

France has been under a state of emergency since 2015, because of a series of deadly terrorist attacks over the past several years. In July, an attacker in Nice drove a truck into a crowd celebrating Bastille Day, killing more than 80 people and injuring hundreds before he was fatally shot by police.

The Nice attack followed an assault with guns and bombs on several locations in Paris in November 2015, which killed 130 and wounded hundreds, and the shooting at the satirical magazine Charlie Hebdo in January 2015.