Accessibility links
Soccer Team Bus Bombing Was Part Of Stock Option Plot, German Prosecutors Say : The Two-Way Earlier this month, three explosions went off near a bus carrying the Borussia Dortmund soccer team. A man has been arrested; authorities say he was trying to drive down the price of the team's stock. 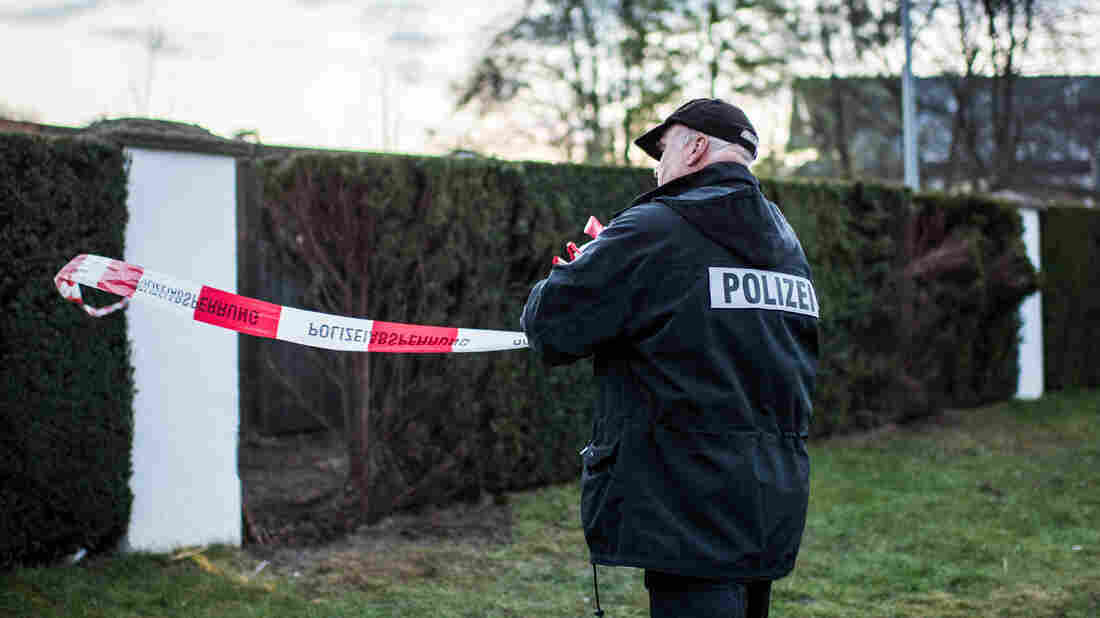 On Tuesday, police investigators work on a reconstruction of the April 11 bombing of the Borussia Dortmund team bus in Dortmund, Germany. Three bombs detonated as the bus was pulling away from a nearby hotel. Lukas Schulze/Getty Images hide caption 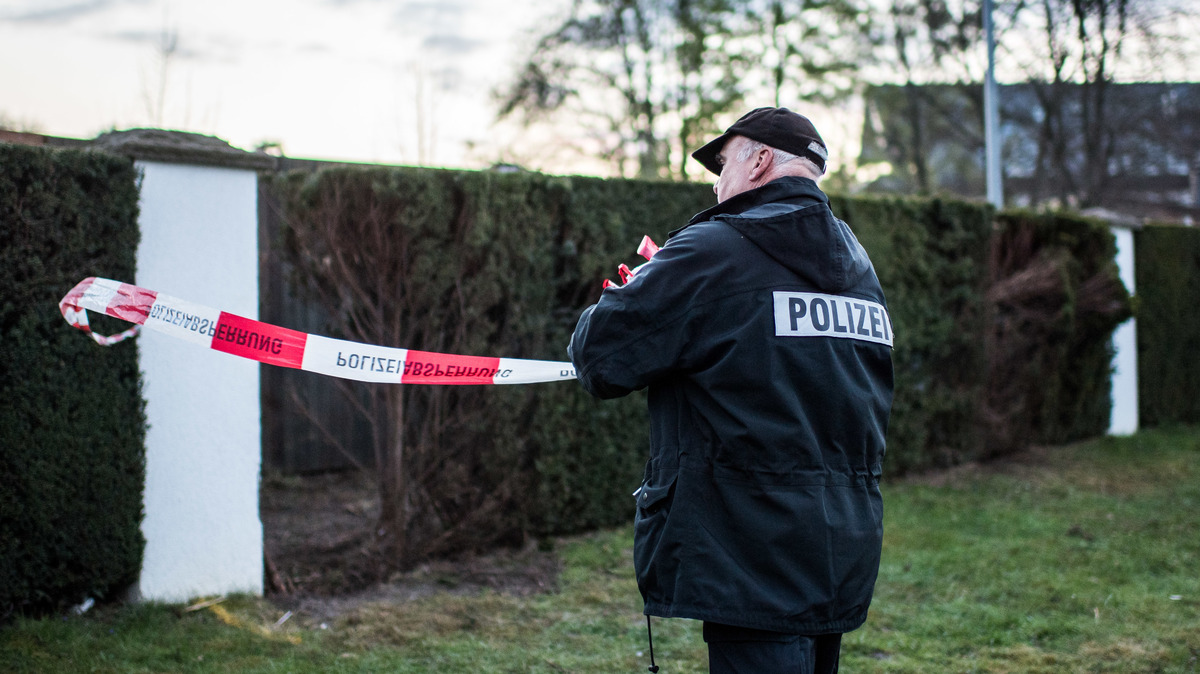 On Tuesday, police investigators work on a reconstruction of the April 11 bombing of the Borussia Dortmund team bus in Dortmund, Germany. Three bombs detonated as the bus was pulling away from a nearby hotel.

German federal prosecutors say the bombing of a soccer team's bus in Dortmund, Germany, was carried out by a man apparently attempting to manipulate the team's stock for profit. The 28-year-old man has been arrested and charged with attempted murder, among other things.

Three explosions went off near the Borussia Dortmund team bus on April 11, as it was pulling out of the hotel where the players were staying. One player was injured and needed surgery on his wrist.

Authorities say letters claiming responsibility for the blasts — and identifying the motivation as Islamic or right-wing extremism — appear to be specious.

Instead they say a man with German and Russian citizenship, identified only as Sergej W., planted the bombs, apparently to make money.

On April 11, before the blast, the suspect purchased a "put option" that allowed him to make a profit if Borussia Dortmund's stock value fell. Put options are like short selling — the more value the stock lost, the more money he would make.

The Guardian notes Borussia Dortmund is the only professional soccer team in Germany that's listed on the stock market. Most pro sports teams worldwide are privately owned.

The accused man was staying in the same hotel as the Borussia Dortmund team, the German federal prosecutor's office said. He'd booked rooms at the hotel for two time periods, both of which spanned match days. When he arrived on April 9, he is said to have switched rooms to choose one with a view of the location of the attack.

Prosecutors accused Sergej W. of using an unknown explosive to target the bus.

If players had been seriously injured or killed, a "significant drop" in the team's stock price would be expected, the prosecutor's office says.

Instead, Bloomberg writes, the stock held steady. The options that the suspect purchased "give the right to sell Borussia Dortmund shares at 5.20 euros," the financial news site writes, and his investment would pay off only if the value fell markedly below that.

"The shares closed at 5.61 euros that afternoon, shortly before the attack took place, and fell as low as 5.50 euros the next day," Bloomberg reports. "The stock hasn't traded below 5.20 euros since February."

Prosecutors say three letters were found at the site of the blast, each claiming responsibility for the attack and citing radical Islamist motivations.

Islamic scholars have examined the letters and there is "considerable doubt" that they're of radical Islamist origin, prosecutors say.

A right-wing extremist letter claiming responsibility for the attacks was sent to the press after the bombing, prosecutors say. They say it was filled with "contradictions and inconsistencies" and that there's "no indication" it was sent by the suspect.