Accessibility links
Arkansas Executes 2 Inmates, The First Double Execution In U.S. Since 2000 : The Two-Way Arkansas had planned to kill eight death row inmates in 11 days before courts intervened in some of the cases. Officials wanted to move quickly before supplies of a key lethal injection drug expired.

Arkansas Executes 2 Inmates, The First Double Execution In U.S. Since 2000

Arkansas Executes 2 Inmates, The First Double Execution In U.S. Since 2000 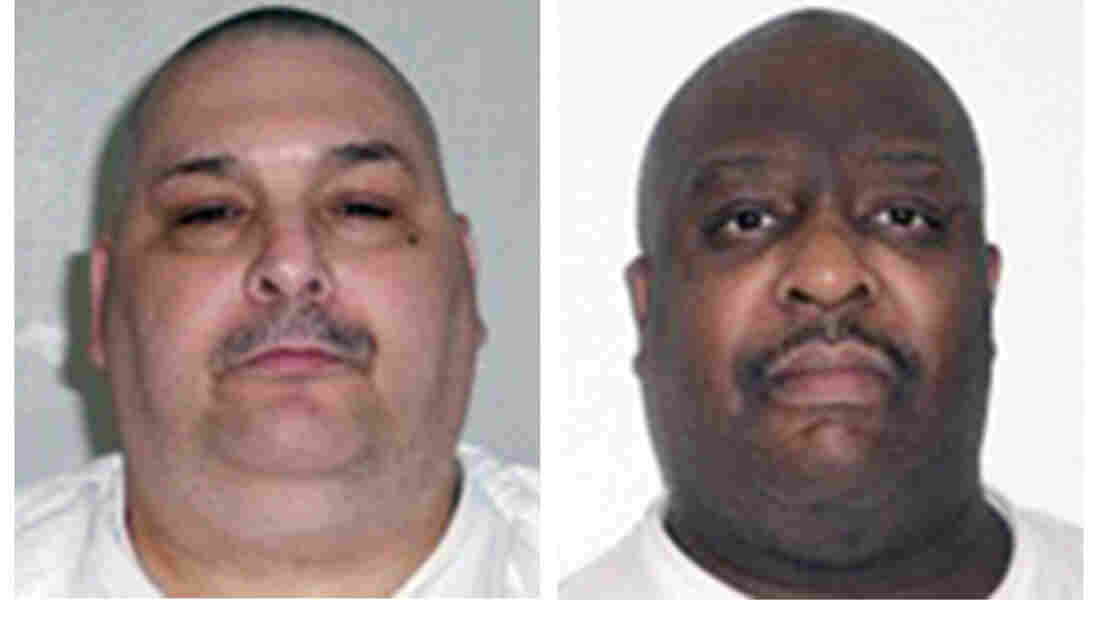 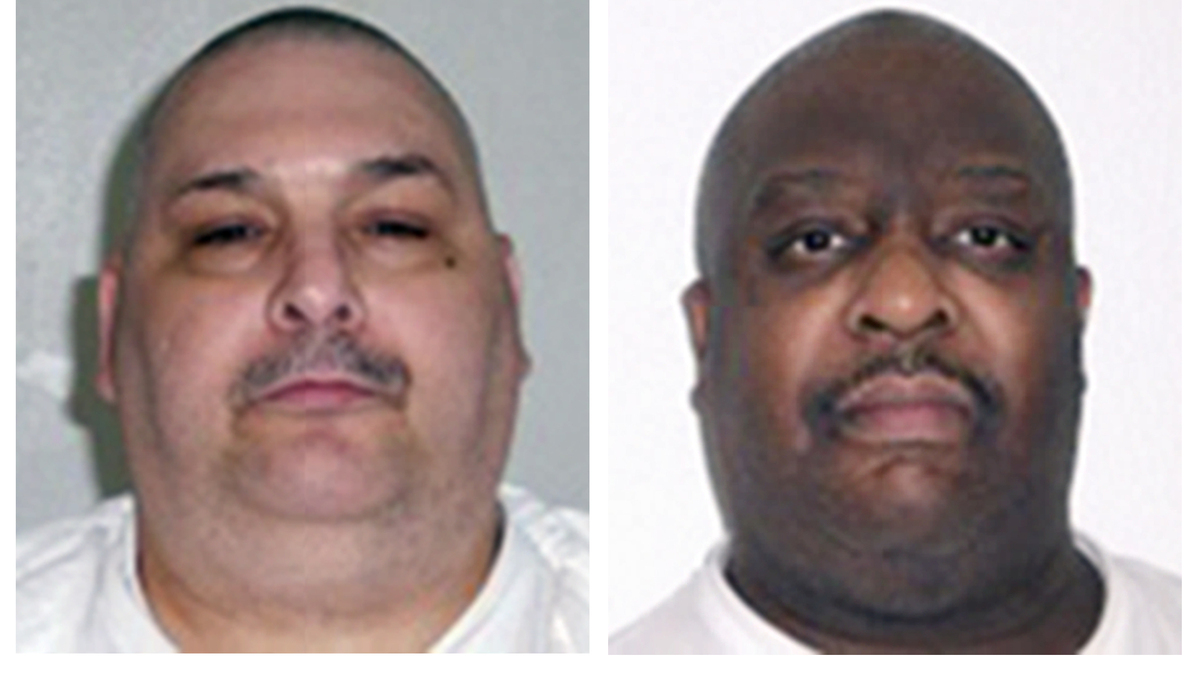 This combination of undated file photos provided by the Arkansas Department of Correction shows death-row inmates Jack Jones Jr., left, and Marcel Williams. The two Arkansas inmates were put to death Monday, in the nation's first double execution in more than 16 years.

Arkansas executed two inmates on Monday night, the first double execution in the U.S. since 2000.

The second inmate put to death was Marcel Williams. He and the prisoner executed just before him, Jack Jones Jr. — both convicted murderers — had filed last-minute appeals that were rejected by the U.S. Supreme Court.

In addition, Williams' execution was delayed by a federal district judge. The inmate's attorneys had argued that Jones had shown signs of suffering after the lethal drugs were injected. The state maintained the claims were baseless and after consideration, the judge lifted the stay.

The executions follow a flurry of legal challenges, court rulings and reversals that have interfered with the state's unprecedented plan to execute eight men by lethal injection in 11 days.

Of the four executions scheduled prior to Monday, three were ultimately stayed. One man, Ledell Lee, was killed last week, just four minutes before his death warrant was set to expire; it was the first execution Arkansas carried out in 12 years.

Arkansas Gov. Asa Hutchinson said after Jones was executed that the law was upheld.

"The victim's family has waited patiently for justice during that time. The jury sentenced Jack Jones to death, and his sentence was upheld by judges and reviewed thoroughly in courts of appeal at each level.

Arkansas Readies For 8 Executions, Despite Outcry Over Pace, Method

"A governor never asks for this responsibility, but I accept it as part of the solemn pledge I made to uphold the law. Jack Jones expressed his willingness to proceed today, and we hope this will help bring closure to the Phillips family."

Another inmate, Kenneth Williams, is set to be executed this Thursday. Inmate Jason McGehee also had been scheduled to die that day, but a parole board has recommended his life be spared and a judge ruled that the state had to allow a 30-day period for public comment before making a final decision.

That pushes McGehee's execution past the end of the month — which means, for now, it is effectively stayed. The state's supply of one of the drugs used in its lethal injection protocol, midazolam, expires at the end of April, which is why officials set such a rapid schedule of executions.

The executions were briefly blocked by decisions in both state court and federal court. But then on Monday, the 8th U.S. Circuit Court of Appeals rejected concerns over the method and pace of the executions, and the Arkansas Supreme Court overturned objections to how the state acquired one its drugs.

Lawyers for both Jones and Williams sought stays, including through appeals based on the inmates' poor health. The lawyers say the inmates' current medical issues — and drugs used to treat them — might interfere with the lethal injection protocol and cause them to feel extreme pain.

Jacob Rosenberg, a reporter for the Arkansas Times, told NPR on Sunday that the men also have claims of intellectual disability.

"Marcel Williams has a very compelling case that's been discussed where he had a pretty horrific childhood growing up of sexual abuse, and that wasn't brought up at trial," Rosenberg said. "The reason that matters is because with the imposition of the death penalty, there's something called mitigating circumstances. And so those need to be brought up at trial because those mitigating circumstances, like mental health, could stop the death penalty's imposition."

Arkansas Gov. Asa Hutchinson has said it's his duty to carry out the men's sentences and that the executions will bring closure to victims' families.