Accessibility links
Lawyer In Philippines Accuses President Duterte Of Crimes Against Humanity : The Two-Way Jude Sabio, who represents an admitted assassin who has testified against President Rodrigo Duterte, has filed a complaint against Duterte with the International Criminal Court at the Hague.

Lawyer In Philippines Accuses President Duterte Of Crimes Against Humanity

Lawyer In Philippines Accuses President Duterte Of Crimes Against Humanity 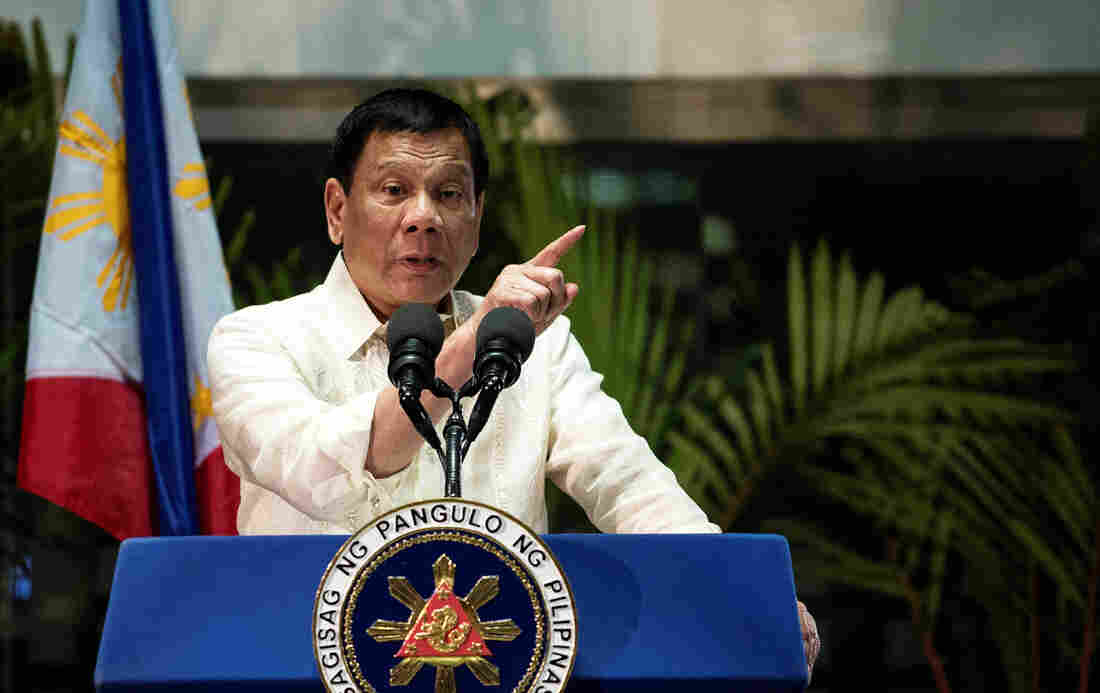 Philippine President Rodrigo Duterte answers questions from the press at Manila International Airport on March 23. Jude Sabio, a lawyer in the Philippines, has filed a complaint at the International Criminal Court accusing Duterte of crimes against humanity. Noel Celis/AFP/Getty Images hide caption 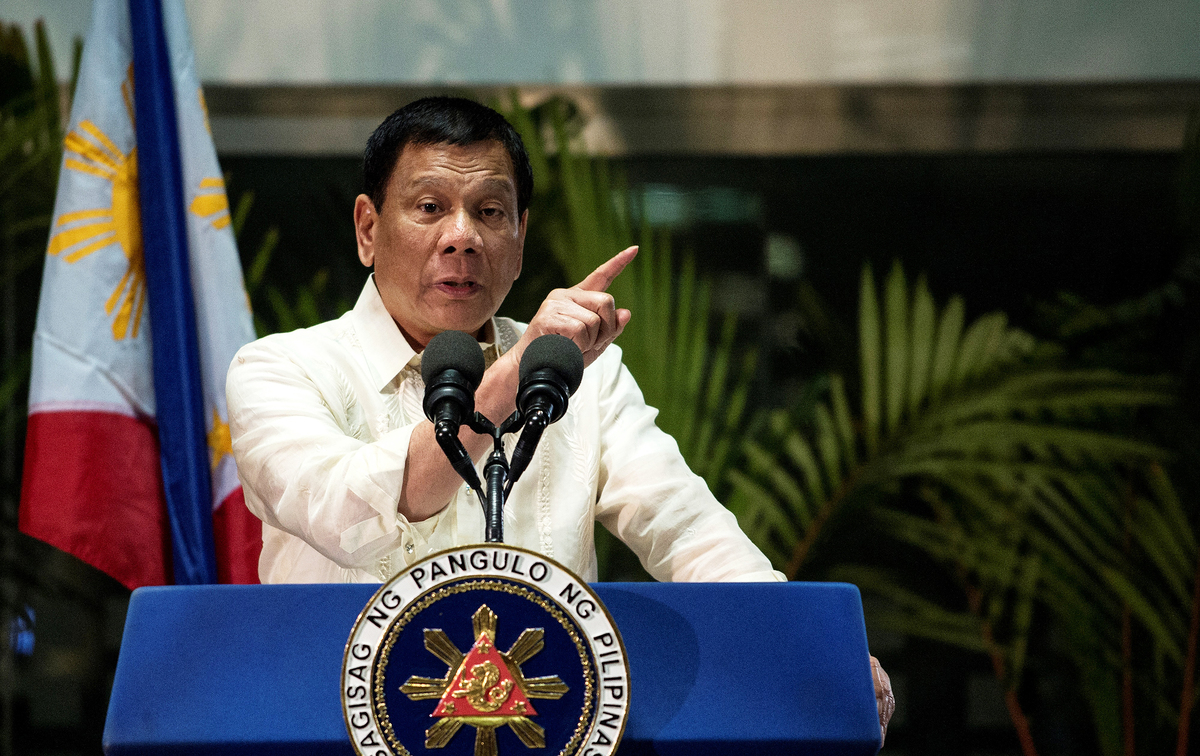 Philippine President Rodrigo Duterte answers questions from the press at Manila International Airport on March 23. Jude Sabio, a lawyer in the Philippines, has filed a complaint at the International Criminal Court accusing Duterte of crimes against humanity.

A lawyer in the Philippines has filed a complaint at the International Criminal Court accusing Philippine President Rodrigo Duterte of crimes against humanity.

The attorney, Jude Sabio, represents an admitted assassin who has testified against Duterte and accused him of ordering deaths before he became president, back when he was the mayor of Davao City.

Human rights groups have reported for years that while he led Davao City, Duterte ran "death squads" carrying out extrajudicial killings. Duterte himself has alternately embraced the allegations and denied them.

The complaint to the ICC begins with those alleged death squads and stretches through to the present, describing Duterte's ongoing war on drugs. As NPR has reported, the violent crackdown has led to thousands of killings, including numerous extrajudicial or vigilante-style shootings.

Sabio's 77-page document, titled "The Situation of Mass Murder in the Philippines," also notes that Sen. Leila de Lima, one of the most vocal critics of Duterte, has been arrested and jailed. Sabio calls her "a victim of political persecution."

The complaint contains accusations against Duterte and nearly a dozen politicians and government officials. In a cover letter, Sabio says the intervention of the ICC would "be the beginning of the end of this dark, obscene, murderous and evil era in the Philippines."

The ICC confirmed to Reuters it has received "a complaint" and "will analyze it, as appropriate."

Duterte's administration said the complaint was designed to embarrass the president and "create negative news" as the Philippines hosts Asian leaders at a summit, the Filipino news network ABS CBN reports.

Since it was established in 2002, the ICC has received thousands of complaints, the vast majority of which do not lead to formal investigations.

Many of those "communications," as the ICC calls them, are rejected as being outside of the ICC's jurisdiction — the alleged offenses are too old, for instance, or happen in a country that hasn't agreed to the ICC's terms, or involve more ordinary crimes than the Court was designed to consider.

The ICC has previously stated that, hypothetically, ongoing extrajudicial killings in the Philippines could fall within the purview of the court.

"I am deeply concerned about these alleged killings and the fact that public statements of high officials of the Republic of the Philippines seem to condone such killings," ICC Prosecutor Fatou Bensouda said in a statement in October.

She noted that the Philippines is a party to the ICC, and that state-sanctioned killings that are part of a "widespread of systematic attack against a civilian population" would fall under the Court's jurisdiction.

Bensouda said her office would be "closely following developments in the Philippines."

Duterte's bloody crackdown on drugs has been sharply criticized by the international community. But it's exactly what he promised when he campaigned for president: He was known as "The Punisher" and openly signaled his disdain for human rights law and promised death to criminals.

Polls suggest the unapologetically vulgar, violence-embracing president continues to have the support of the majority of Filipinos.