Accessibility links
Albert Freedman, Game Show Producer Made Famous In 'Quiz Show,' Dies At 95 : The Two-Way In the 1950s, the television producer captivated audiences with the hit game show Twenty-One. Freedman later admitted that he had given questions and answers to contestants in advance. 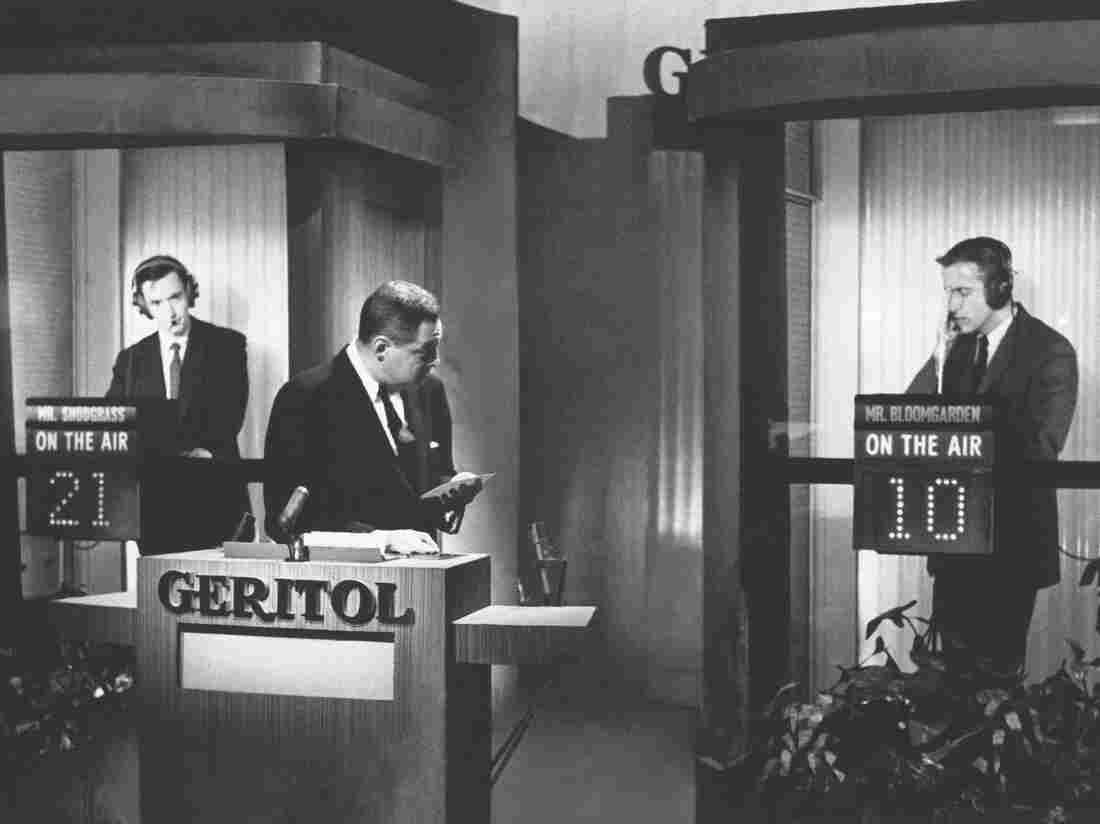 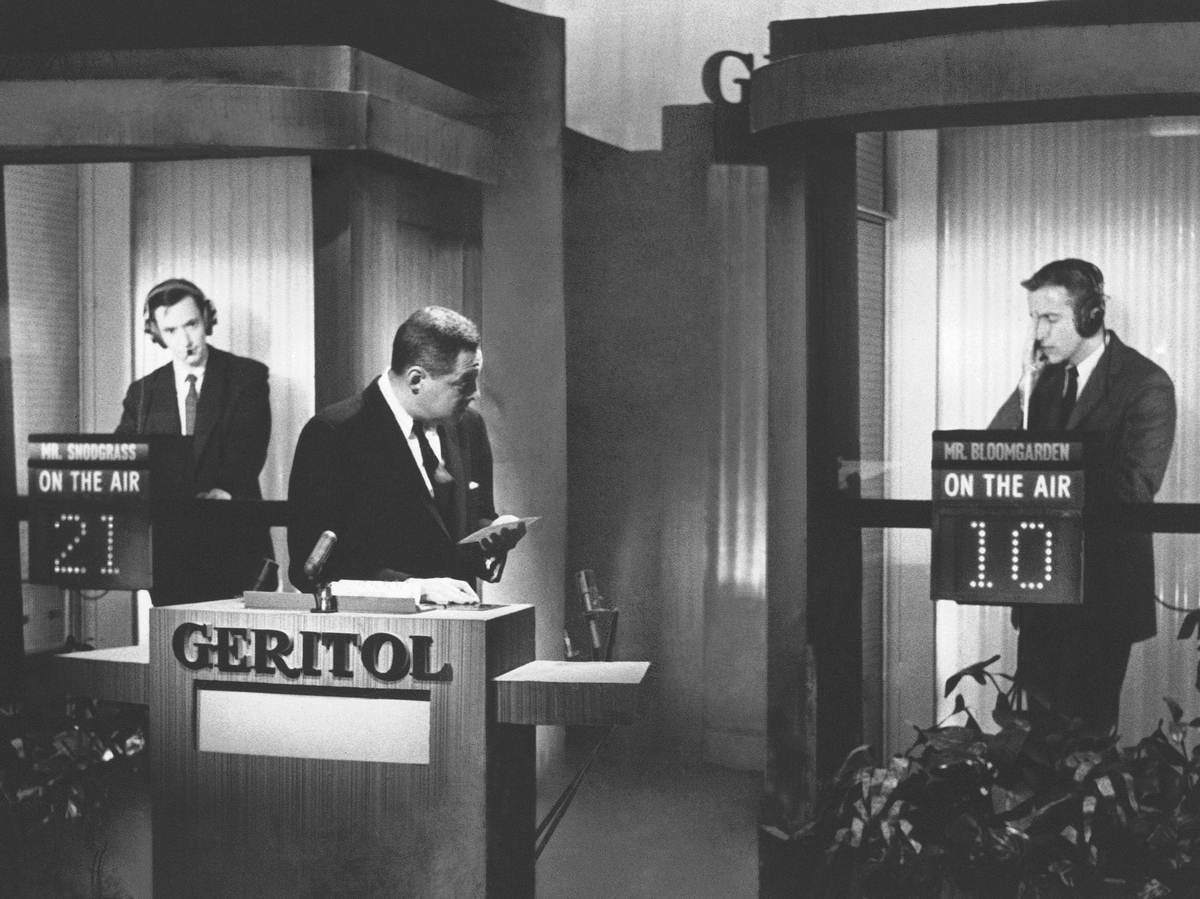 In the 1950s, television producer Albert Freedman captivated audiences with his carefully crafted game show Twenty-One, which had been foundering before he helped turn it into the most popular program in the country.

The show would turn out to have been too carefully crafted: In 1958, Freedman was indicted on charges that he lied to a grand jury when he denied giving questions or answers to contestants in advance. 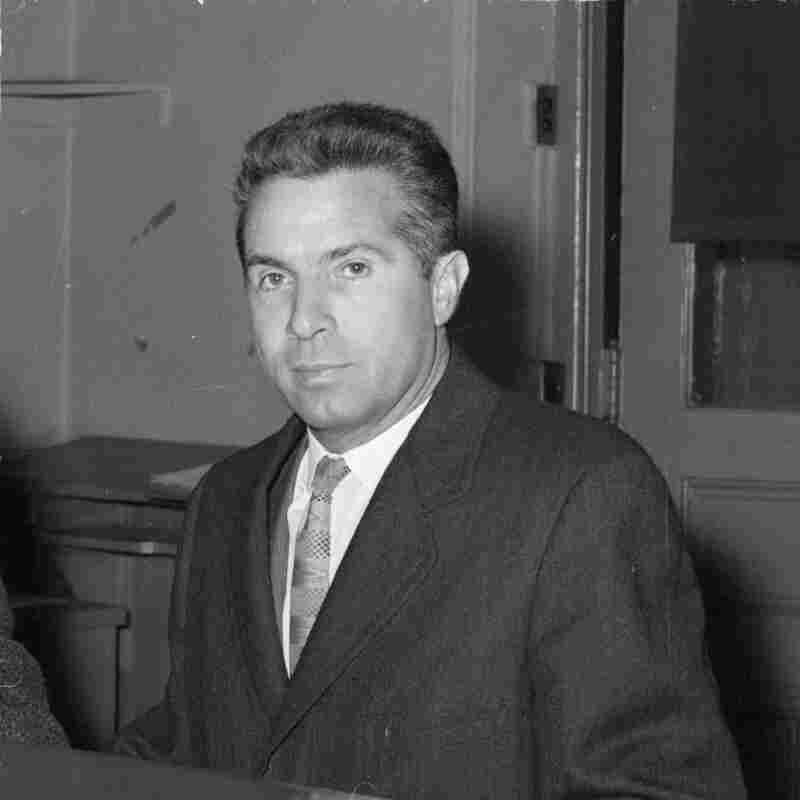 Freedman in 1958 in New York, as he is booked on two charges of perjury for denying that he gave questions and answers to quiz show contestants. Bettmann/Bettmann Archive hide caption 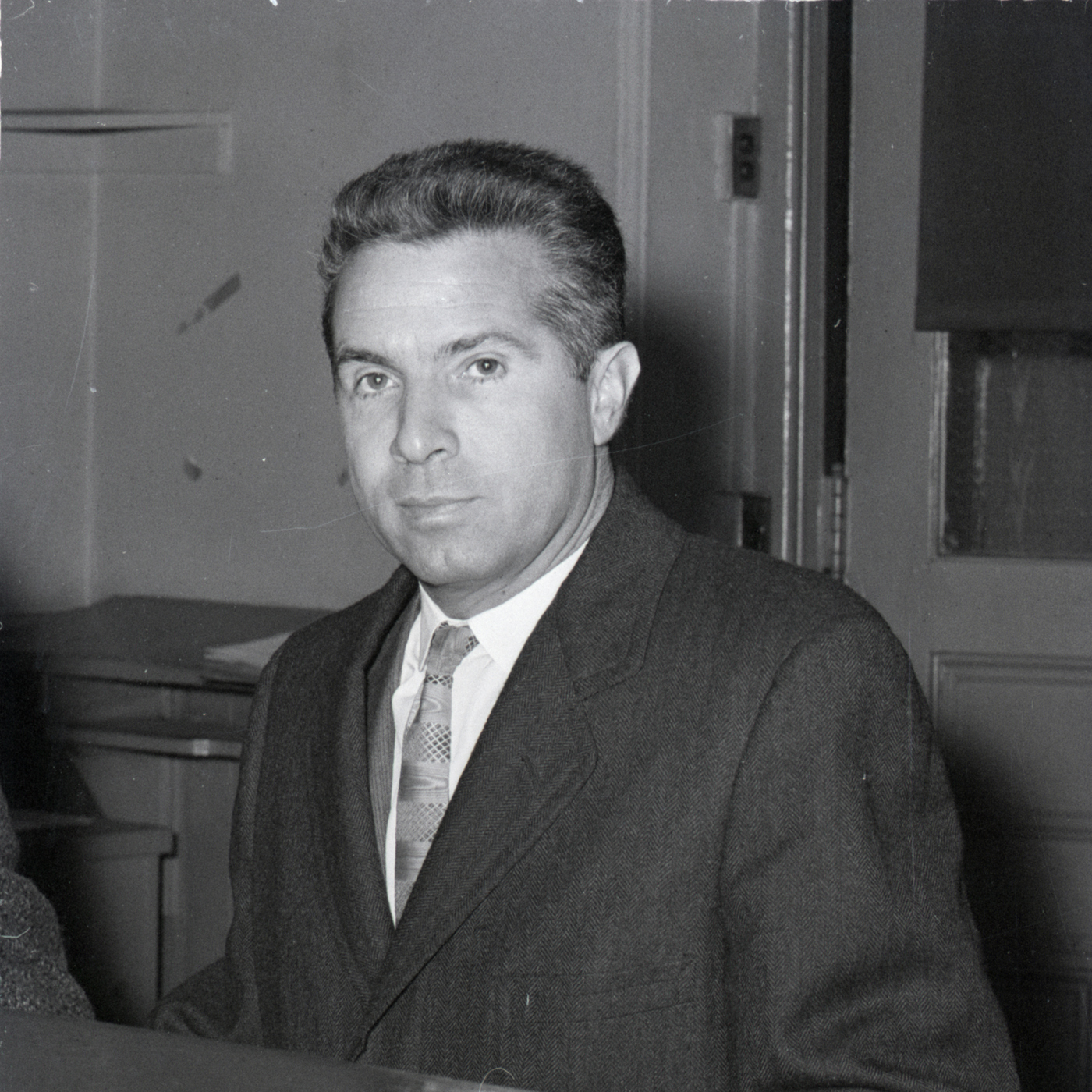 Freedman in 1958 in New York, as he is booked on two charges of perjury for denying that he gave questions and answers to quiz show contestants.

In 2000, the Archive of American Television conducted a nearly four-hour interview with Freedman. In the interview, he explained that he was happily producing Tic-Tac-Dough when the producers Barry & Enright approached him about working on Twenty-One, which had very poor ratings.

Freedman was pulled onto the show and told to come up with some ideas for saving it. The problem, explained Freedman, was that the contestants were losing too quickly. "The excitement is to build up the winner, week after week." He said that the idea of fixing the game's outcomes was seen as necessary to reviving an otherwise boring program. "When I took over Twenty-One, I was aware that control was necessary."

His job as producer was to find good contestants and entertaining questions. "Those are the main ingredients — to make sure that the people on the show and the questions were top quality," he said.

The show had stagnated, in the opinion of its producers, with a winning run by a man named Herbert Stempel. They felt pressure to improve ratings to appease the show's sponsor, Geritol dietary supplements. (Geritol advertised that just two tablespoons of the stuff had "twice the iron in a pound of calf's liver." In 1973, the Federal Trade Commission fined the company $812,000 for continuing to advertise its product as helping people with "tired blood.")

Freedman sought an intelligent and appealing foil to Stempel, and found it in the person of Charles Van Doren, a literature instructor at Columbia University whose father was a well-known poet and professor.

Freedman recruited Van Doren to be on the show, offering both adventure and likely some winnings for a trip to Europe that summer. "I didn't tell him exactly what's going to happen," Freedman recalled. "But I said, come on the show and don't worry about it. I won't make you look like a fool."

At 77, Robert Redford Goes Back To His Roots

The Best Movies Of The Year — From 20 Years Ago

What happened next would be the subject of congressional hearings and the 1994 film Quiz Show, directed by Robert Redford. Freedman coached the performances of Stempel and Van Doren and other contestants, with Van Doren "beating" Stempel on Dec. 5, 1956.

Van Doren gave a first-person account in The New Yorker of how Freedman coaxed him, "Don't be naïve. ... Even Shakespeare is entertainment." Freedman coached every aspect of the game, telling Van Doren precisely the manner in which to respond:

"In our sessions, he would ask me questions, I would answer them—and then he would tell me how to answer them: pause here; add this or that remark or aside; always seem to be worried, anxious; never answer too quickly, let the suspense build up."

Stempel, too, was coached on how many points to choose and how to deliver his answers: "He was to pat his brow (it was hot in those glass booths) but not rub it, to avoid smearing his makeup. In addition, he was instructed to get a Marines-type 'whitewall' haircut, to wear an ill-fitting suit (it had belonged to his deceased father-in-law), and to describe himself as a penurious student at City College," even though his wife was wealthy.

Freedman was indicted for perjury in 1958, for lying to a grand jury in saying that he had not given questions to contestants. Before another grand jury, he recanted his testimony and admitted giving questions in advance. Twenty-One was canceled in 1958. The perjury charges against Freedman were eventually dropped, but his career as a game show producer was over.

In his post-game-show life, Freedman moved his family to London, where he wrote for the European edition of Penthouse and co-founded its Forum magazine. He went on to get a Ph.D. from the Institute for Advanced Study of Human Sexuality in San Francisco, where his dissertation was titled "Extra-Monogamous Sex in Couple Relationships," according to the New York Times.

In a 1959 letter to the Times from Mexico City, where he said he had moved after being unable to find employment in the TV industry, Freedman defended his actions:

"In the field of TV programming, saturated with murder and violence, it is my opinion that the quiz shows, as entertainment, were a breath of fresh air. Even though the quiz heroes were not supermen, at least the public was able to pit its own brains against facts and knowledge they wished they had.

"Our only error was that we were too successful. The stakes were too high, and the quiz winners fused themselves into the home life and the hopes and aspirations of the viewers."