Accessibility links
Trump Administration To Impose 20 Percent Tariff On Canadian Lumber : The Two-Way In a dispute that dates back decades, the Trump administration announced it will levy a tariff on imports of softwood lumber from Canada, which is used primarily in housing construction. 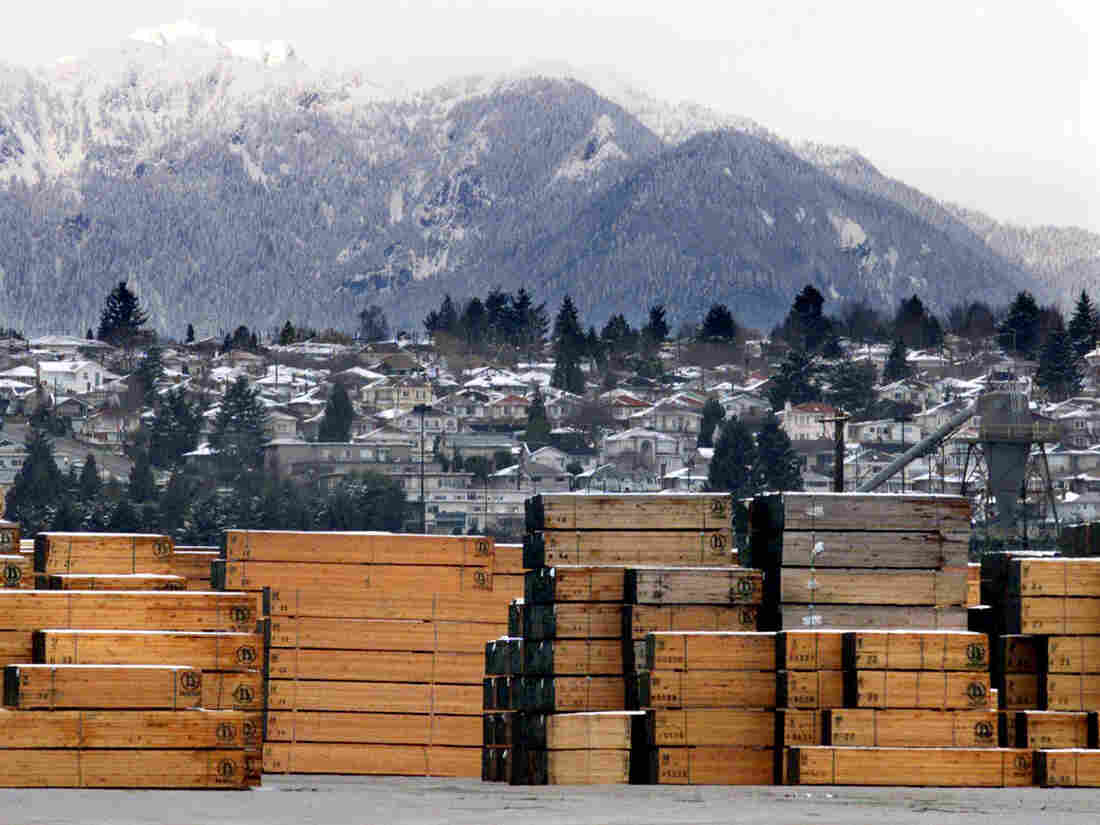 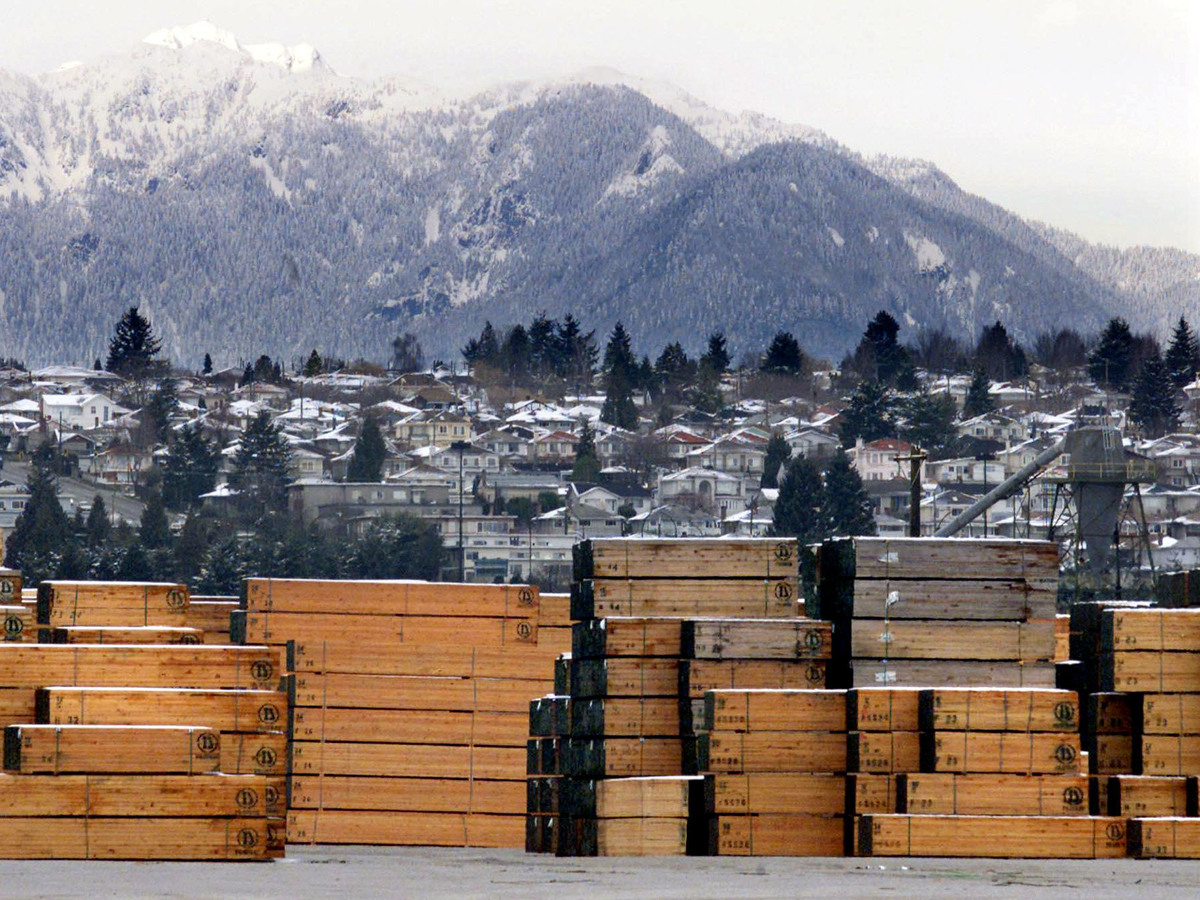 Piles of softwood lumber destined for export are stacked at a Canadian lumberyard in Richmond, British Columbia.

The Trump administration announced it will impose a 20 percent tariff on imported softwood lumber from Canada.

The dispute is not new — the United States and Canada have sparred over imports of forest products for decades. But the action comes as the two nations prepare to renegotiate the North American Free Trade Agreement, or NAFTA, which President Trump has harshly criticized.

In an interview with The Wall Street Journal, Commerce Secretary Wilbur Ross said the tariff will be applied retroactively.

"We tried to negotiate a settlement but we were unable," just as previous administrations were also unable to resolve the dispute with Canada, Mr. Ross said, adding that the Trump administration has notified Canada of its decision."

Ross' announcement is the beginning of a process involving several U.S. government agencies, which must determine that the domestic timber industry has suffered harm before the tariff can be imposed.

The U.S. timber industry has complained for decades that Canada subsidizes its lumber products, which are then sold at below-market prices in the United States.

Canada objected to the U.S. move, as reported by Reuters:

Trump had focused his unhappiness regarding trade primarily on China and Mexico — until last week, when he criticized Canadian restrictions on imports of U.S. dairy products, as reported by The Associated Press:

"We can't let Canada or anybody else take advantage and do what they did to our workers and to our farmers," Trump said in the Oval Office. "Included in there is lumber, timber and energy. We're going to have to get to the negotiating table with Canada very, very quickly.' "

"The president took issue with Canadian changes on milk classification that he said have put farmers in Wisconsin and New York state out of business. Canada changed its policy on pricing domestic milk to cover more dairy ingredients, leading to lower prices for Canadian products including ultra-filtered milk that compete with U.S. milk.

"Canada, what they've done to our dairy farm workers, is a disgrace. It's a disgrace," Trump said."