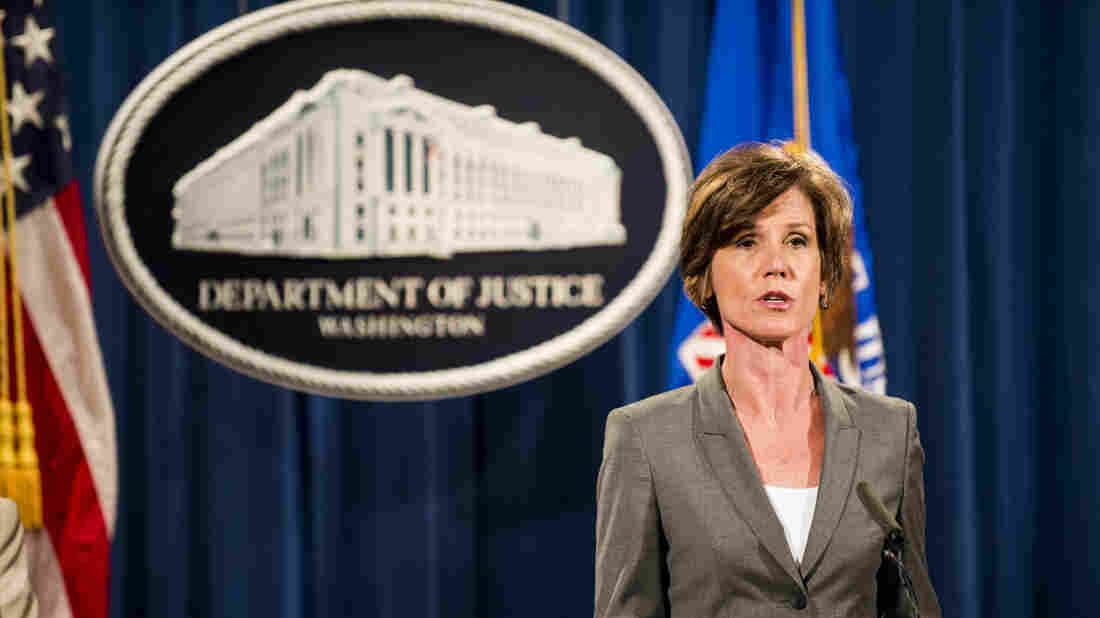 Then-Deputy Attorney General Sally Yates speaks during a news conference at the Department of Justice in Washington, D.C., in 2016. Yates is scheduled to appear before the Senate Judiciary Committee on May 8. Pete Marovich/Getty Images hide caption 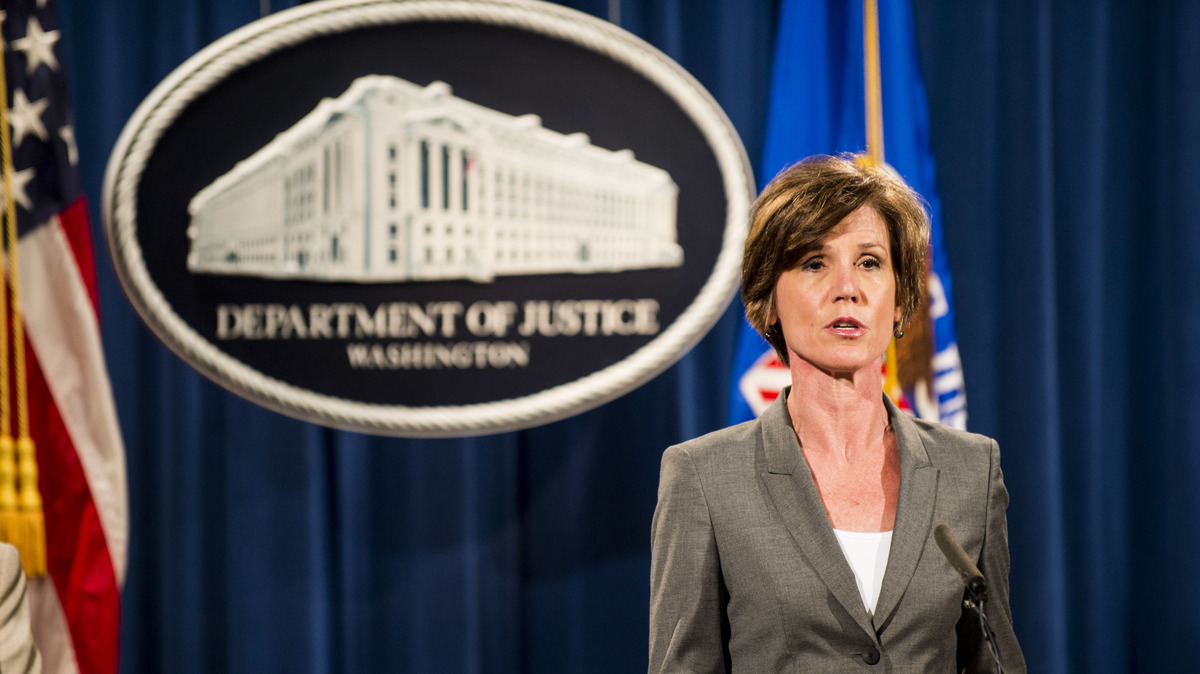 Then-Deputy Attorney General Sally Yates speaks during a news conference at the Department of Justice in Washington, D.C., in 2016. Yates is scheduled to appear before the Senate Judiciary Committee on May 8.

Two Obama administration officials will testify before the Senate Judiciary Committee as part of ongoing investigations into Russian meddling in the 2016 presidential election.

Former acting Attorney General Sally Yates and former Director of National Intelligence James Clapper are scheduled to appear before the Senate Judiciary Committee on May 8.

White House Says It Didn't Interfere, But Will Russia Hearings Ever Get Going?

Yates and Clapper, along with former CIA Director John Brennan, were previously scheduled to testify before the House Intelligence Committee — the most prominent and public investigation to date — in late March. But those plans were scuttled amid a simmering soap opera of distrust and missteps within the House committee.

Yates, specifically, was at the center of one portion of the drama: Multiple sources accused the White House of attempting to block her from testifying.

Rep. Adam Schiff, the ranking Democrat on the House committee, told NPR that the Trump administration worked behind the scenes to stop Yates' testimony. He said White House officials were worried about what she would reveal about the administration's response when Yates told them about the investigation into Michael Flynn. (Flynn briefly served as national security adviser, resigning after it was revealed he had concealed his contacts with the Russian ambassador.)

'Nobody That I Know Of': Trump Denies Campaign Contacts With Russia

The Washington Post also reported that the White House tried to block Yates from testifying. The newspaper published letters exchanged by the Justice Department and Yates' lawyer, in which the Justice Department says Yates' communications are "likely" covered by executive privilege, which would mean it is up to the president whether they are disclosed.

The Trump administration has denied putting pressure on the House investigation and called the Post story "entirely false."

The House Intelligence Committee is also continuing its investigation into Russian meddling. FBI Director James Comey and national security adviser Michael Rogers — who already testified at an open hearing last month — will also appear before that committee in a closed hearing on May 2.

Yates, Clapper and Brennan are also set to appear before the committee in an open hearing later in May.

A number of Trump campaign members, including Roger Stone, Carter Page and Paul Manafort, have volunteered to give testimony to the various investigations. Flynn has suggested he will testify if he is given immunity from prosecution. All those men have been under scrutiny over ties to Russia.

As part of the investigation into Russian meddling, Republicans on the House Intelligence Committee are also extremely interested in a different set of issues: who leaked classified information about ties between the Trump team and Russia, who requested that names of Trump associates be "unmasked" and whether intelligence was abused for political purposes.

Meanwhile, there are reports, citing anonymous sources, that the Senate Intelligence Committee's investigation into Russian meddling efforts is stagnating.

Tim Mak of The Daily Beast reports that there are no full-time staff members working on the Senate inquiry and that "no interviews have been conducted with key individuals."

And Michael Isikoff of Yahoo News reports that the committee "has yet to issue a single subpoena for documents," in addition to failing to interview any central witnesses.

A previous version of this post said Sally Yates and James Clapper will appear before the House Intelligence Committee on May 8. A previous photo caption said the same about Yates. While both Yates and Clapper are set to appear before that committee in an open hearing, it has not yet been scheduled. It is the Senate Judiciary testimony that is scheduled for May 8.