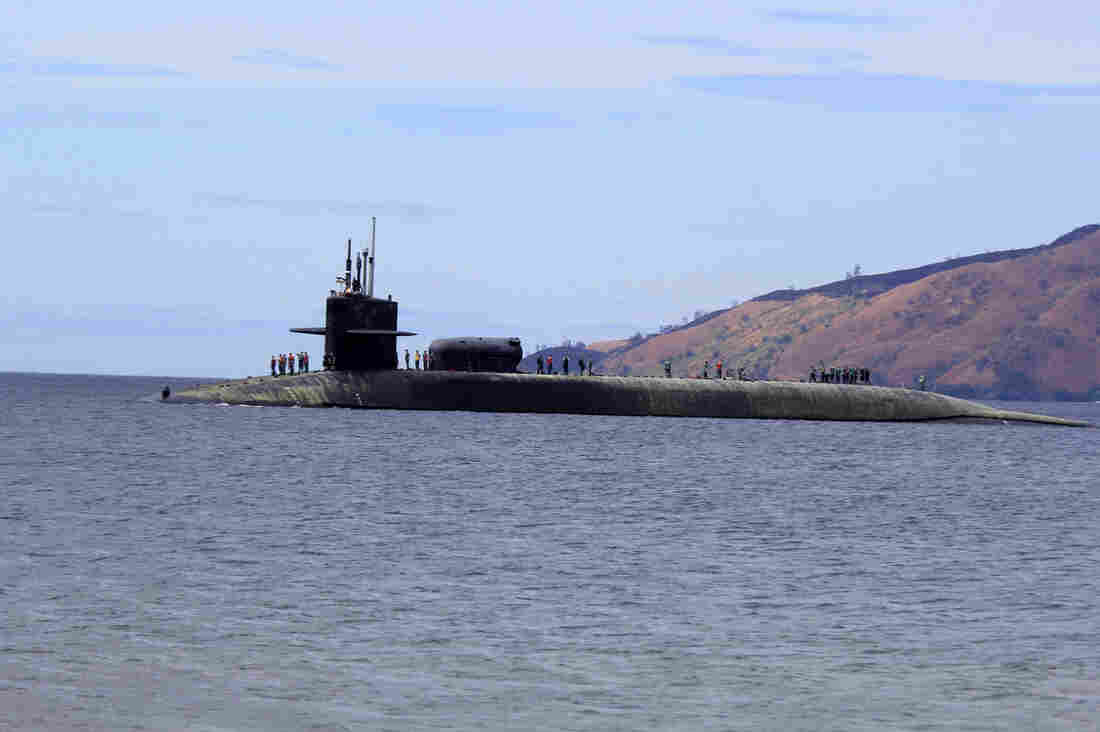 The U.S. Navy says the USS Michigan, a guided missile submarine, has docked in South Korea on a "routine visit." It is shown here in 2014 west of Manila, Philippines. Jun Dumaguing/AP hide caption 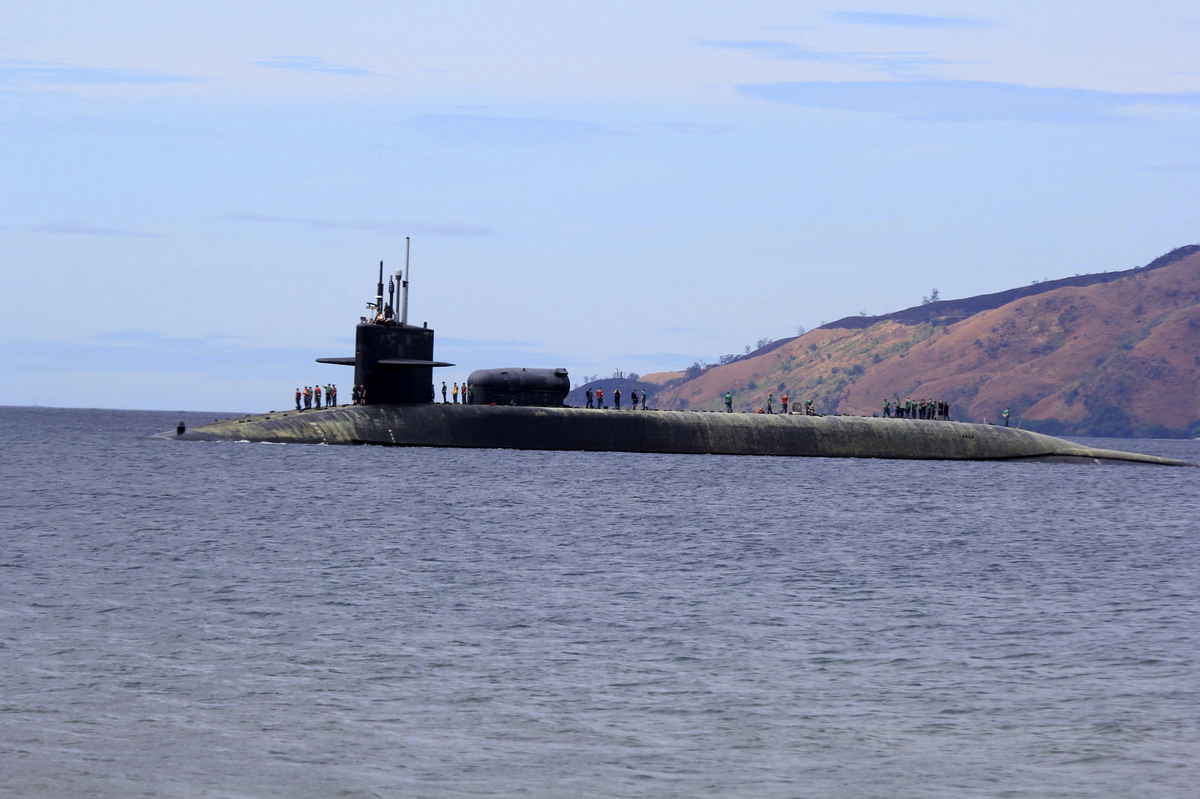 The U.S. Navy says the USS Michigan, a guided missile submarine, has docked in South Korea on a "routine visit." It is shown here in 2014 west of Manila, Philippines.

North Korea marked Tuesday's anniversary of the founding of its military with artillery drills, celebrations that took place as a U.S. guided missile submarine docked in South Korea and U.S. Navy ships conducted exercises with South Korea and Japan.

Meanwhile, envoys from the U.S., South Korea and Japan met in Tokyo to discuss the rising tensions with the rogue nation and "map out further punishment if the North goes ahead with more nuclear or missile tests," NPR's Anthony Kuhn reports.

"All three countries say they're counting on China to keep North Korea in check, but Beijing has said little except to call on everyone to exercise restraint," he adds.

Ahead of Tuesday's 85th anniversary of the Korean People's Army, there was concern that the North would mark the occasion with a nuclear or ballistic missile test, as it has in the past. But the day passed in North Korea without reports of a test.

Instead, "signs are detected that North Korea's military is conducting a large-scale drill around the eastern port city of Wonsan," according to South Korea's Yonhap News Agency, citing a government source.

North Korean Defense Minister Pak Yong Sik said Monday that "the situation prevailing on the Korean Peninsula is so tense that a nuclear war may break out due to the frantic war drills of the U.S. imperialists and their vassal forces for aggression," according to The Associated Press.

The destroyer USS Wayne E. Meyer is conducting exercises with a South Korean destroyer near the Korean Peninsula, while the USS Fitzgerald is doing drills with a Japanese destroyer west of Japan.

The U.S. Navy's 7th Fleet says these joint exercises "demonstrate a shared commitment to security and stability in Northeast Asia as well as the U.S. Navy's inherent flexibility to combine with allied naval forces in response to a broad range of situations."

According to the 7th Fleet, the submarine USS Michigan's visit to South Korea is "routine" and part of a "regularly scheduled deployment to the Western Pacific." The vessel is "one of the largest submarines in the world," it says, and is armed with tactical missiles.

Anthony reports that the USS Michigan is "not expected to participate in any exercises."

North Korean news outlets have also said that the country is prepared to attack the USS Carl Vinson's strike group if provoked. As The Two-Way reported Monday, "the Nimitz-class aircraft carrier was rerouted toward North Korea earlier this month, after initial confusion over its strike group's deployment — including remarks by President Trump that he was sending 'an armada' to the Korean Peninsula."

"We are sending an armada, very powerful. We have submarines, very powerful, far more powerful than the aircraft carrier," Trump told Fox Business earlier this month.