Accessibility links
China Celebrates Launch Of 'Homemade' Aircraft Carrier : The Two-Way The not-yet-named carrier is the second in China's arsenal. It took less than four years to build. 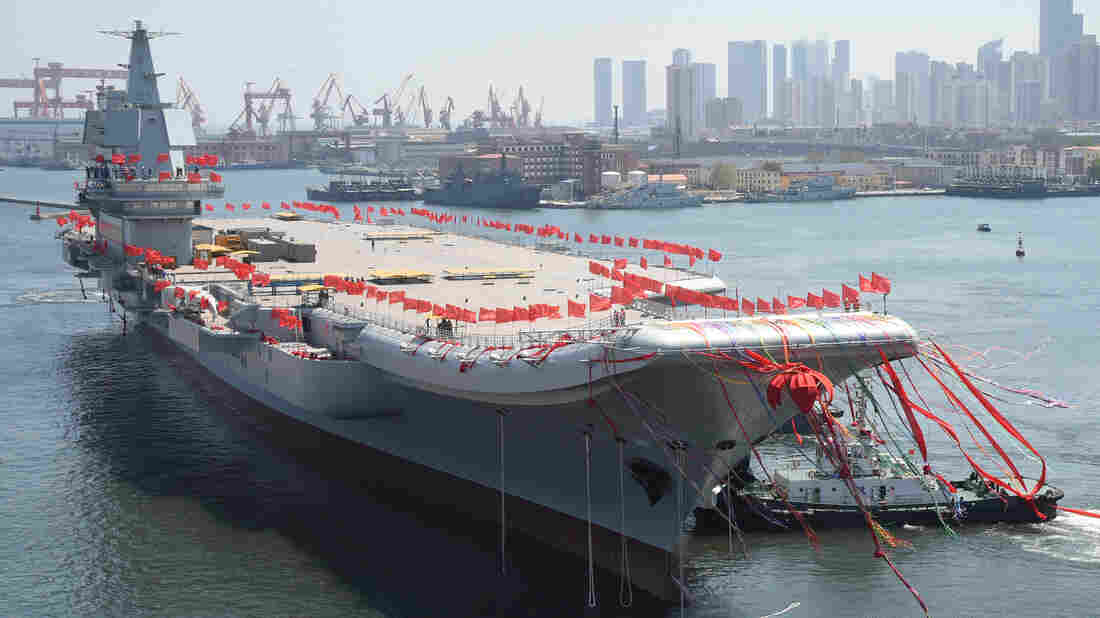 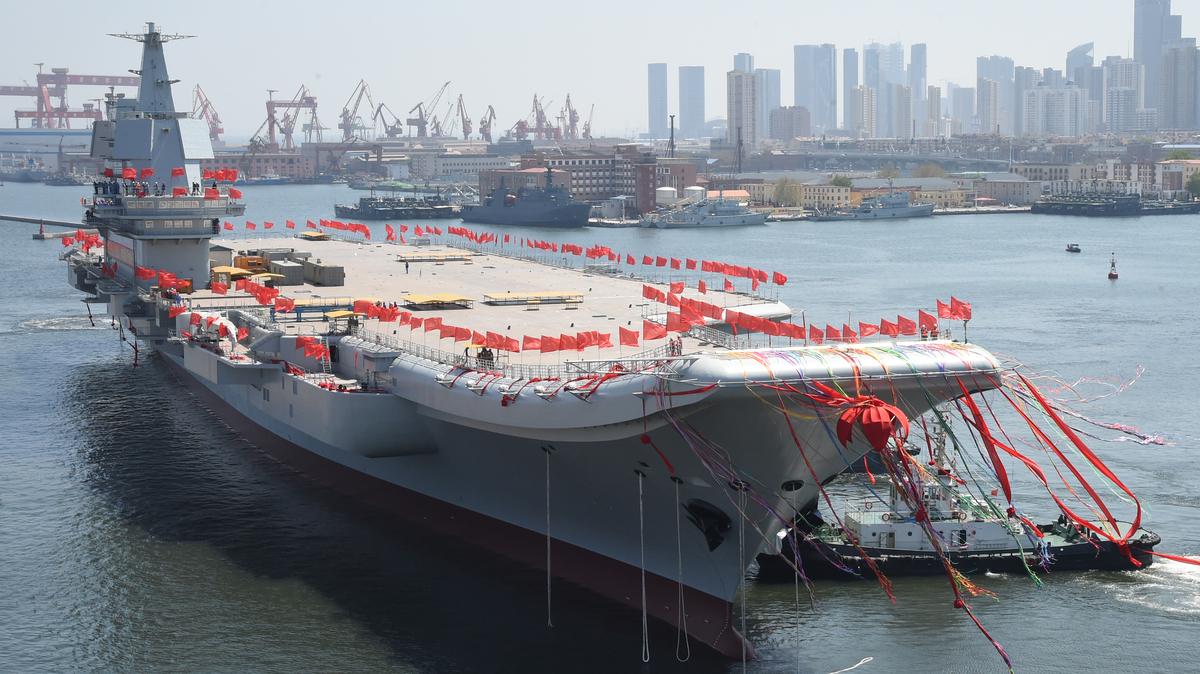 Chinese officials smashed a bottle of Champagne on the bow of their second aircraft carrier Wednesday, launching what the Defense Ministry calls the country's first "homemade" carrier — which took less than four years to build.

The as-yet-unnamed carrier joins the Liaoning, a repurposed 1980s-era Soviet ship that was bought from Ukraine and launched in 2012. Together, the Chinese ships represent a new dimension in the increasingly crowded waters in and around Asia, where claims and counter-claims have been made on islands and shipping routes.

As NPR's Anthony Kuhn reports from Beijing, the new carrier's launch is being greeted as a milestone for China and its military.

"It allows China to project power far off-shore, and protect its expanding overseas interests," Anthony says. "The U.S., meanwhile, has 10 carriers, and it's been building and operating them for the better part of a century."

China's military launched the carrier from the Dalian shipyard, which is less than 200 miles west of China's ally North Korea, across the Yellow Sea. The ship has a displacement of around 50,000 metric tons and is powered by conventional engines, China's military says.

The new carrier still has a way to go before it's operational. While its main hull is completed and the main components for its power supply are installed, it isn't yet fitted out, China's military said Wednesday. The ship will also undergo at least a year's worth of tests before it can be deployed by the Chinese navy.

"The valuable lessons learned from building a carrier from scratch will help China build more carriers faster in the future and enable them to reach combat readiness quicker," Zhu Chenghu, a professor at China's National Defense University, said in March.

Zhu also said that while the first Chinese carrier's role has primarily been one of training and research, the new ship "will focus on combat and defense," according to a release last month from China's Defense Ministry.