Accessibility links
Trump Tells Canada And Mexico He Will Renegotiate NAFTA, Not Withdraw From It : The Two-Way The president told reporters he would terminate the trade agreement if he's unable to make a fair deal "for our workers and our companies."

Trump Tells Canada And Mexico He Will Renegotiate NAFTA, Not Withdraw From It

Trump Tells Canada And Mexico He Will Renegotiate NAFTA, Not Withdraw From It 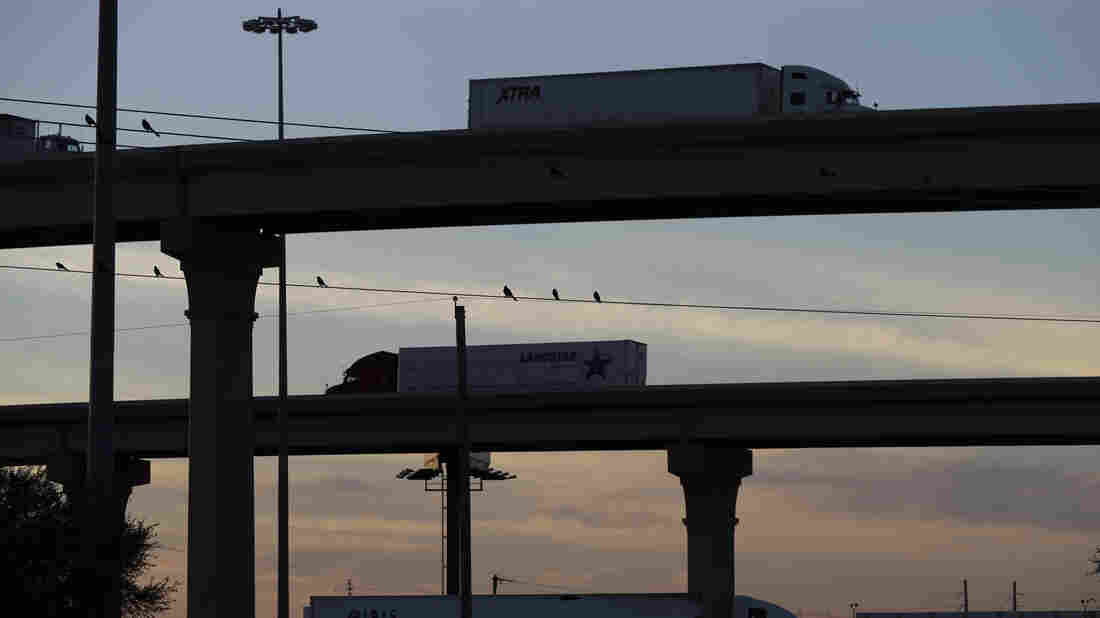 Trucks travel on an overpass to and from the World Trade Bridge, which links Laredo, Texas, and Nuevo Laredo in the Mexican state of Tamaulipas. Eric Gay/AP hide caption 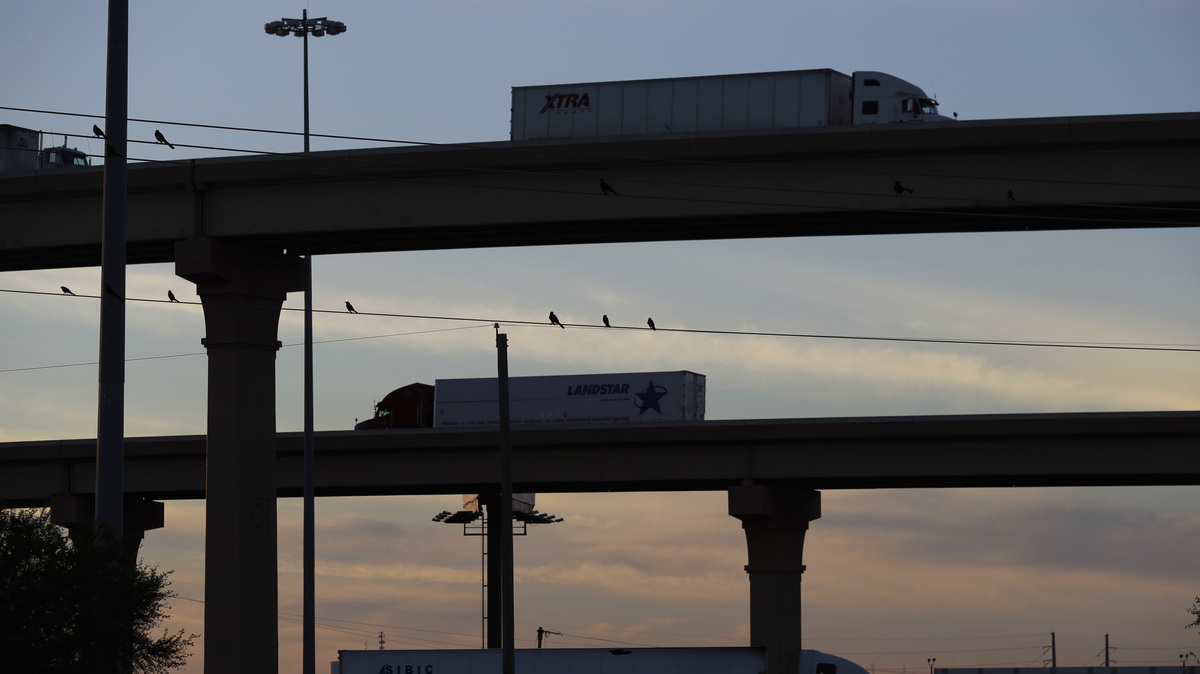 Trucks travel on an overpass to and from the World Trade Bridge, which links Laredo, Texas, and Nuevo Laredo in the Mexican state of Tamaulipas.

President Trump told reporters Thursday he had been planning to terminate the North American Free Trade Agreement within days, but decided to try to renegotiate the agreement instead. The president held out the possibility of killing the trade deal later if the negotiations fail.

As for what parts of the trade agreement should be renegotiated, White House spokesman Sean Spicer said, "Part of this is to look at not just the existing agreement, but areas and sectors and industries that have fallen outside, or because over the last couple decades have not kept up with the promises and commitments that were made."

"Late this afternoon, President Donald J. Trump spoke with both President Peña Nieto of Mexico and Prime Minister Trudeau of Canada. Both conversations were pleasant and productive. President Trump agreed not to terminate NAFTA at this time and the leaders agreed to proceed swiftly, according to their required internal procedures, to enable the renegotiation of the NAFTA deal to the benefit of all three countries. President Trump said, 'it is my privilege to bring NAFTA up to date through renegotiation. It is an honor to deal with both President Peña Nieto and Prime Minister Trudeau, and I believe that the end result will make all three countries stronger and better.' "

NPR politics editor Domenico Montanaro said the statement indeed signaled a reversal. "Earlier in the day, the White House was threatening to scrap NAFTA by executive order. It's not clear you could actually do all of that by executive order, but the threat was enough to make Mexican and Canadian leaders stand up and take notice and say what is going on here?" Domenico reported.

The president's action came as a relief to NAFTA supporters, including those within Trump's own party.

Rep. Will Hurd, R-Texas, told NPR's Steve Inskeep on Morning Edition, "We got very clear feedback that the case was they're not going to be pulling out and making that announcement this week, so we're definitely relieved."

Hurd supports Trump's plan to renegotiate the trade agreement. "I do believe NAFTA can be improved. It was an agreement made 24 years ago, and we should be looking to improve it," he said.

"We still have to move forward and talk about the principles of NAFTA, and you know we need to educate folks on how the U.S., Mexico, and Canada — we build things together. Forty percent of the imports that go into Mexican products come from the U.S. That number is 25 percent for Canada," Hurd said.

The reports that Trump might withdraw from NAFTA were followed by a sharp drop in the value of the Mexican peso against the U.S. dollar. The Canadian dollar also fell, though not as sharply.

The trade agreement, signed into law by President Bill Clinton, and implemented on Jan. 1, 1994, eliminates most tariffs on trade between the United States, Canada and Mexico. As NPR business editor Marilyn Geewax has reported, "NAFTA covers nearly 500 million consumers spread over an immense continent stretching from above the Arctic Circle to below the Tropic of Cancer."