Accessibility links
Rex Tillerson, Secretary Of State: North Korea Negotiations Are Trump's Goal : The Two-Way Secretary of State Tillerson tells NPR Kim Jong Un has to show up willing to talk about giving up the arms: "We do not seek a collapse of [his] regime. ... We seek a denuclearized Korean peninsula." 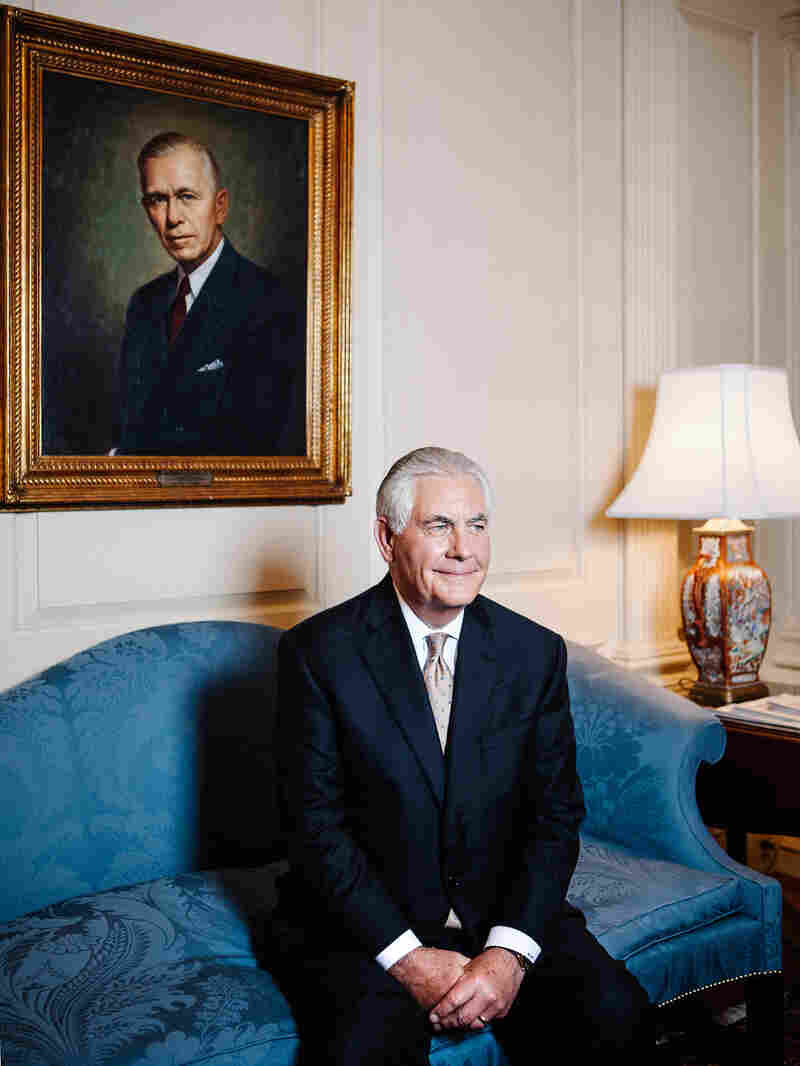 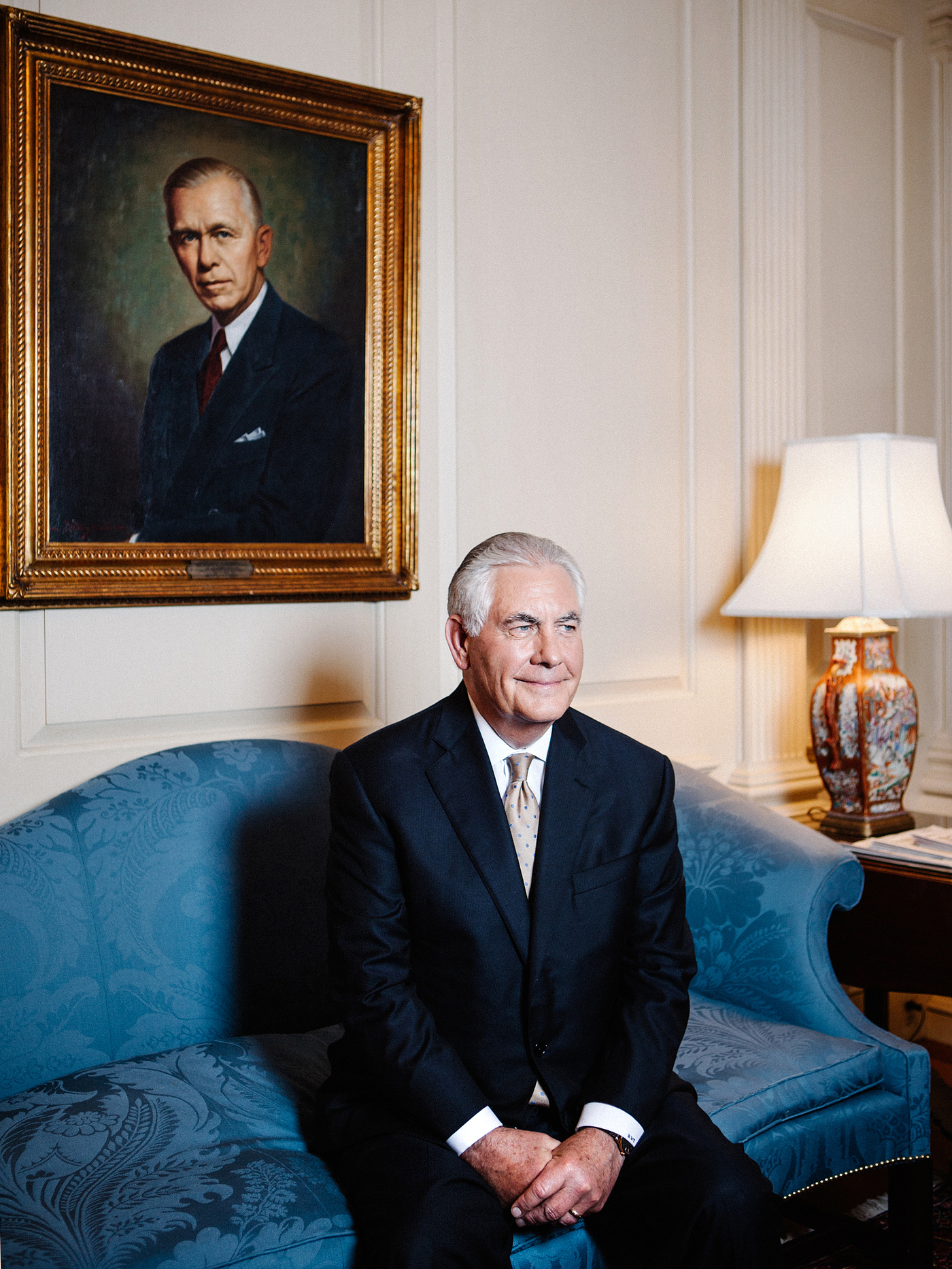 Secretary of State Rex Tillerson in the George C. Marshall room at the State Department on Thursday.

Secretary of State Rex Tillerson says the Trump administration is open to direct talks with North Korea as long as the agenda is right — that is, denuclearizing the Korean Peninsula.

As he prepared to chair a U.N. Security Council meeting on the subject, Tillerson sat down with NPR's Steve Inskeep to explain his approach. The secretary says North Korea has to come to the table willing to talk about giving up its nuclear weapons.

"You know if you listen to the North Korea, their reason for having nuclear weapons is they believe it is their only pathway to secure the ongoing existence of their regime," Tillerson explained. "We hope to convince them is that: you do not need these weapons to secure the existence of your regime. ... We do not seek a collapse of the regime. We do not seek an accelerated reunification of the peninsula. We seek a denuclearized Korean peninsula," he stressed, adding he believes that China shares this goal and is beginning to question whether North Korea is a "liability."

The Trump administration called the U.N. Security Council meeting not to pass a new resolution, but rather to highlight the need for members, including China, to do more to enforce the sanctions already on the books. Tillerson is to meet his Chinese counterpart in New York Friday.

THAAD Missile System Will Be Online Within Days In South Korea, Admiral Says

In the interview, Inskeep asked the former ExxonMobil CEO turned secretary of state whether he has a mission statement now for the State Department. Tillerson said it is "to provide the national security needs of the American people and to advance America's economic interests around the world." He admitted it has been slow going to fill top jobs at the State Department, but Tillerson said he's relying on career officials and launching a survey of 75,000 employees across the globe, as he tries to reorganize.

Asked if his past business dealings and relationships with Russian officials are helpful, Tillerson said they at least "don't have to figure out who this guy Rex Tillerson is because they've dealt with me for so many years. Perhaps that's helpful in that my ability to communicate is very straightforward very candid. It's not nuanced because I have found in dealing with the Russian leadership in the past that is what they respect."

When he was in Moscow earlier this month, he said U.S.-Russian relations are at the lowest point since the Cold War. The Russians, he told NPR, agreed with that assessment. "We didn't solve anything in that meeting," Tillerson said, adding that Russia has to decide whether it wants to be "a positive part of the global world order not a disruptive part."