Accessibility links
Trump Signs Executive Order On Offshore Drilling And Marine Sanctuaries : The Two-Way President Trump signed an executive order Friday that aims to expand offshore drilling for oil and gas, in a move welcomed by the oil and gas industry and greeted with alarm by environmental groups. 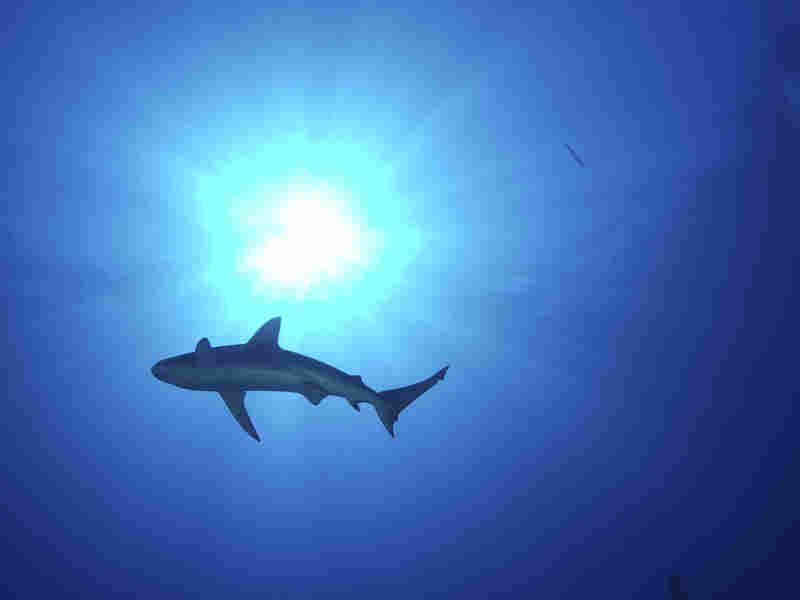 A shark swims off the coast of Midway Atoll on the northern edge of the Papahanaumokuakea Marine National Monument in Hawaii. The Trump administration plans to consider reversing the designation of some marine sanctuaries. Wyland/NOAA/AP hide caption 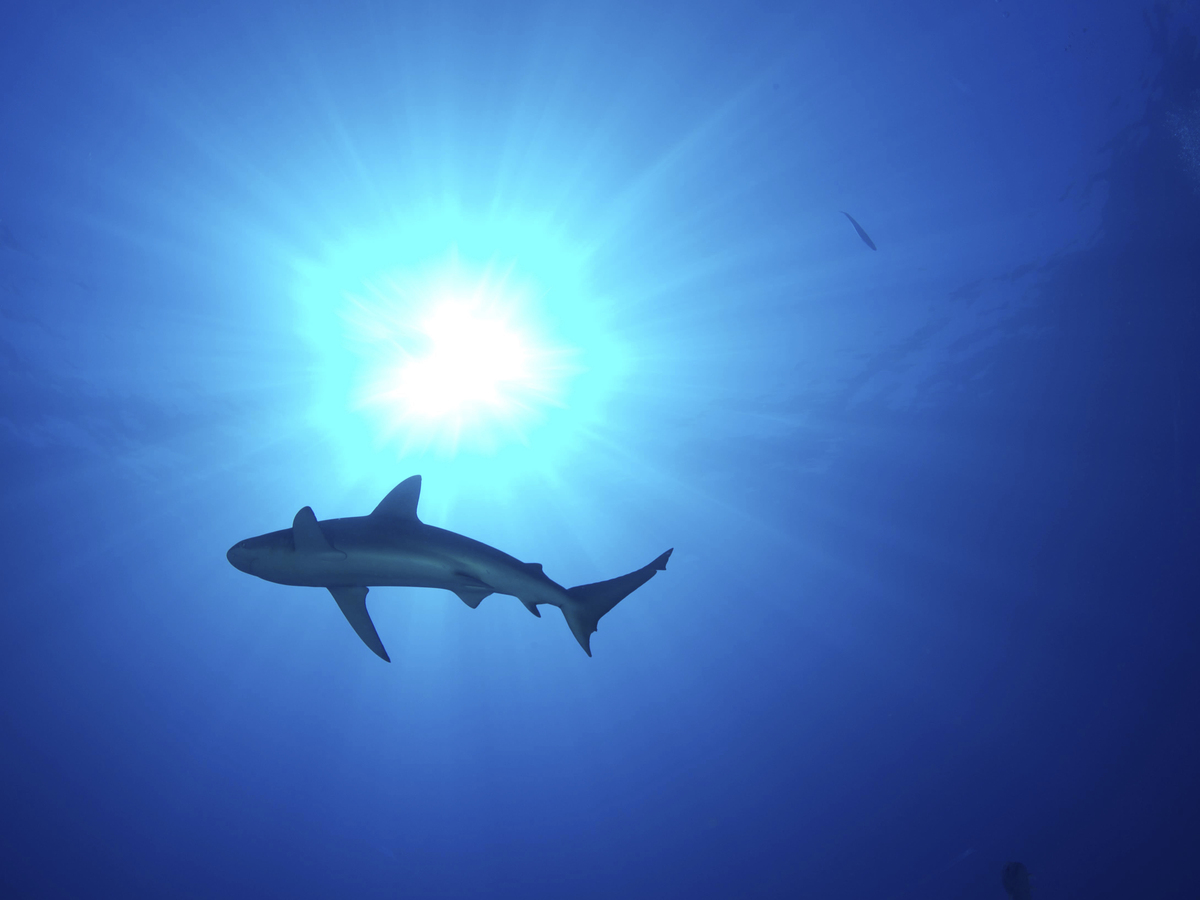 A shark swims off the coast of Midway Atoll on the northern edge of the Papahanaumokuakea Marine National Monument in Hawaii. The Trump administration plans to consider reversing the designation of some marine sanctuaries.

President Trump signed an executive order Friday that aims to expand offshore drilling for oil and gas, in a move welcomed by the oil and gas industry and greeted with alarm by environmental groups.

"Renewed offshore energy production will reduce the cost of energy, create countless new jobs, and make America more secure and far more energy independent," Trump said before signing the document. He said previous restrictions on exploration and production deprive the U.S. of "potentially thousands and thousands of jobs and billions of dollars in wealth."

The order directs Interior Secretary Ryan Zinke to review a five-year plan in which President Obama banned drilling in parts of the Pacific, Arctic, and Atlantic Oceans. Zinke told reporters Thursday night that will be a long process, and a complex one, acknowledging that not all areas have oil or gas, and not all coastal communities want offshore drilling.

But Zinke said revenue from offshore leasing had dropped by $15 billion during the Obama administration, with some of that due to the dropping price of oil, "but not all of it." He added that 94 percent of the nation's outer continental shelf is currently off limits for development of any kind.

The oil and gas industry is enthusiastic about today's executive order. In a statement, Jack Gerard of the American Petroleum Institute said expanding drilling in the Eastern Gulf of Mexico in particular "could create thousands of jobs and provide billions of dollars in government revenue."

Along the Atlantic coast, though, more than 100 cities and towns have passed resolutions against offshore drilling. In Kure Beach, N.C., Mayor Emilie Swearingen said tourism is the second largest industry in the state. "We don't want the devastation from an oil spill," she said. "It's not whether it would happen, but when it would happen."

George Edwardson, president of the Inupiat Community of the Arctic Slope, said his council may consider filing suit at some point to challenge an expansion of offshore drilling. "Most of our food comes from the ocean," he said.

Zinke told reporters the administration will not remove the "stringent environmental safeguards already in place." He also said he was optimistic about the development of offshore wind energy.

The Obama administration's drilling bans will remain in place for now. But even if they are eventually rolled back, there are questions about how effective the executive order will be in spurring new drilling. The price of oil is relatively low, hovering at about $50 a barrel, and offshore drilling is an expensive endeavor, especially in places like the Arctic. When asked whether the administration had been approached by any companies interested in drilling in the Arctic, Zinke said, "No."

During Trump's remarks, he stressed that the executive order "reverses the previous administration's Arctic leasing ban."

But it's not clear whether the Trump administration can actually reverse this separate offshore drilling ban, which Obama announced a month before leaving office. He used an obscure provision of the 1953 Outer Continental Shelf Lands Act to issue what he called a permanent ban on offshore drilling in large parts of the Arctic and Atlantic Oceans. Obama administration officials said at the time that the law had no provision to reverse such a ban.

The Trump executive order says he is modifying the text of the Obama memorandum to revert back to earlier designations. But lawyers say it's unclear whether he has the power to do so, because the Outer Continental Shelf Lands Act does not explicitly allow a president to get rid of a designation.

"It's uncharted territory for a president to attempt to completely lift a moratorium like the one President Obama instituted," says Jayni Hein, policy director at New York University's Institute for Policy Integrity. Past presidents have tweaked the size of previously designated protected areas, she says, but a full-on repeal is unprecedented and would likely end up in the courts.

The environmental group Oceana described expanding offshore drilling as a "huge, bad stupid mistake." In a statement, the group's Senior Vice President for U.S. Oceans Jacqueline Savitz said Trump was siding "with his oil industry allies, in a move disguised as a job creator."

The executive order also imposes a halt on designating or expanding any National Marine Sanctuary, unless the action "includes a timely, full accounting from the Department of the Interior of any energy or mineral resource potential in the designated area." Zinke says the administration will have 180 days to review all such designations and expansions over the past decade. He likened this to another executive order this week that directs a review of national monuments on public lands.

Last year Obama made headlines when he quadrupled the size of a marine sanctuary in Hawaii. He also created the Atlantic Ocean's first marine monument, preserving roughly 130 miles of sea canyons and underwater mountains off New England.