Accessibility links
U.K. Counterterrorism Police Shoot A Woman And Arrest 6; Man Arrested With Knives Near Parliament : The Two-Way In two separate operations, U.K. authorities arrested a man who was carrying knives near Parliament and carried out a raid that included tear gas and gunfire elsewhere in London.

British Counterterrorism Police Shoot A Woman And Arrest 6 Other Suspects

British Counterterrorism Police Shoot A Woman And Arrest 6 Other Suspects 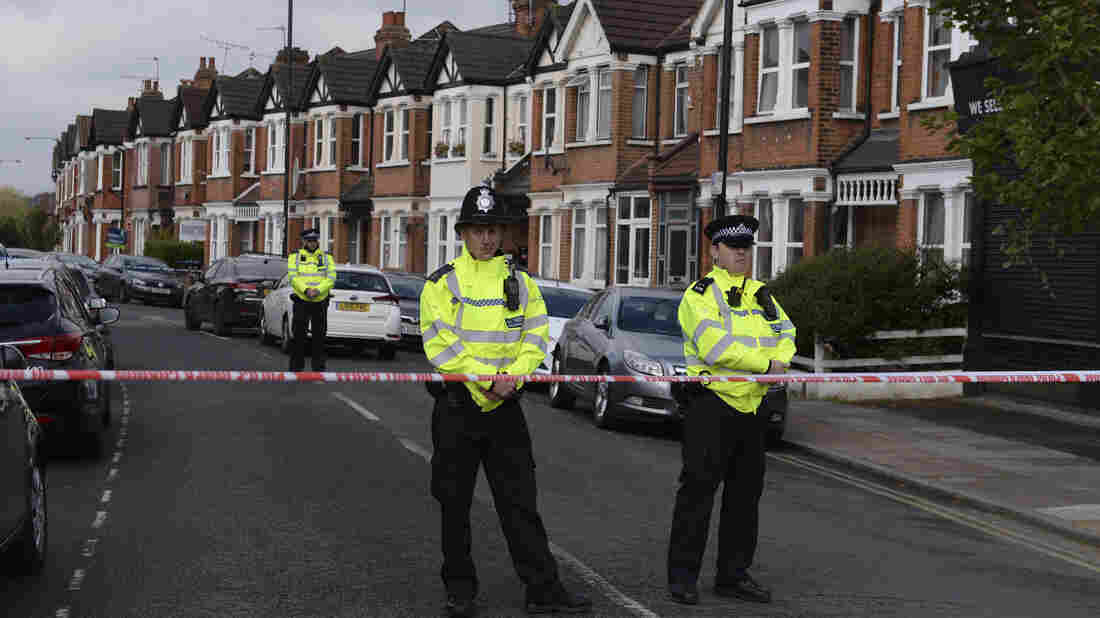 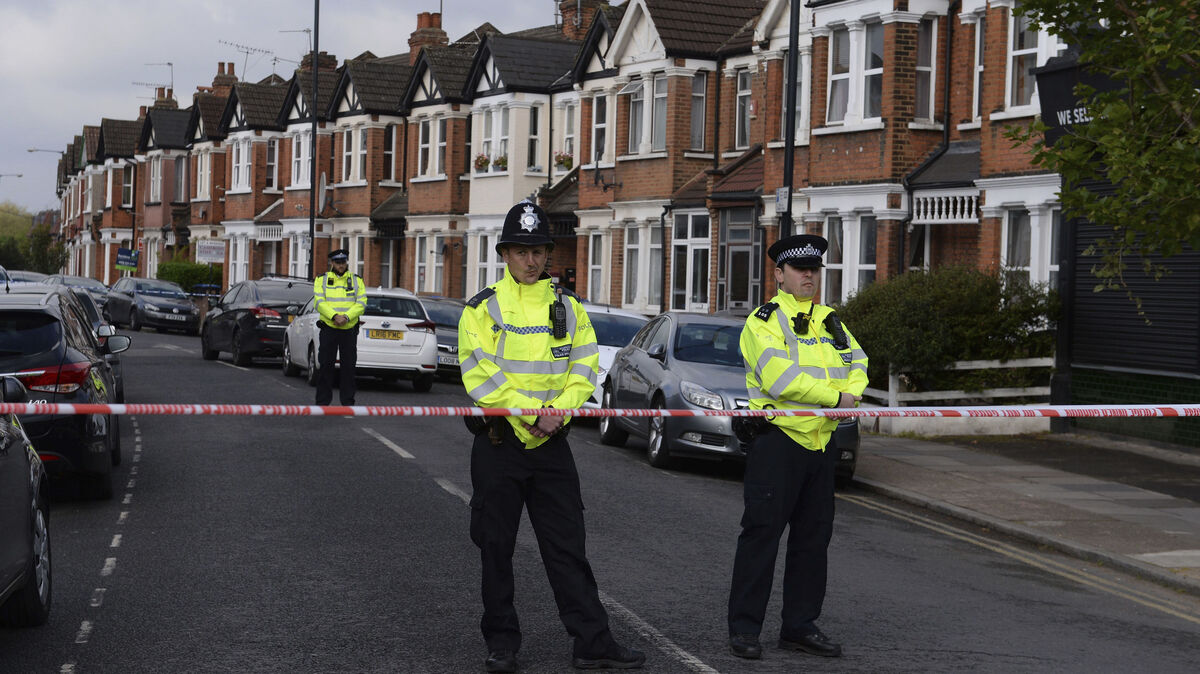 Police cordon off part of London's Harlesden Road on Friday, after counterterrorism police shot a woman and arrested several people in raids in London and southeastern England.

A female terrorism suspect is in the hospital in Britain after being shot during a police raid Thursday, and officials say they believe they've "contained the threats" posed by the woman and others. The raid came on the same day a man was arrested for carrying weapons near the U.K. Parliament.

The two developments are unrelated, Scotland Yard's senior national counterterrorism coordinator Neil Basu said in a briefing Friday morning, one day after what he called it "an extraordinary day in London." Police had stopped an active terrorism plot, he told reporters.

"Witnesses reported several shots were fired Thursday evening as London's Metropolitan police surrounded a property in northwest London," reporter Willem Marx tells NPR. "They made a total of five arrests there, and say the woman they shot was at the center of a continuing investigation. She is not yet under formal arrest but remains in a stable condition under armed guard at a hospital."

Police had been monitoring that location on Harlesden Road, Basu said, adding that intelligence they'd gathered led officers to fire tear gas and carry out an armed "specialist entry."

Earlier Thursday, armed officers arrested a 27-year-old man in Whitehall after stopping and searching him — and finding what Basu called "offensive weapons" and what photos from the scene show were at least three large knives that had been hidden in a backpack.

"He remains in our custody having been arrested for Terrorism Act Offences and possession of offensive weapons," Basu said, "and there are two ongoing searches at addresses in London as part of that investigation."

The arrests come just over a month after an assailant carried out an attack in London that began on Westminster Bridge, using a vehicle and a knife to kill four people and injure dozens more, before being shot and killed by police.