Accessibility links
Trump Warns Of Potential 'Major, Major Conflict' With North Korea : The Two-Way The president told Reuters he would prefer a diplomatic solution, and believes China wants to help. He tweeted Friday that the latest missile test is in defiance of North Korea's northern neighbors. 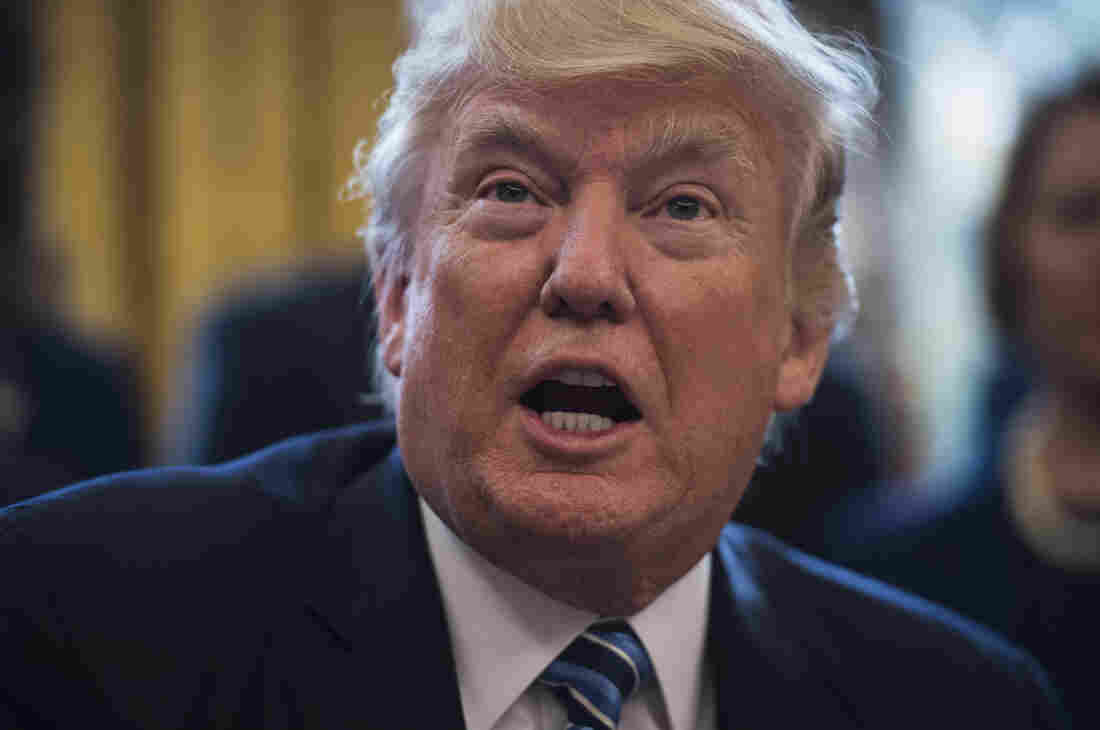 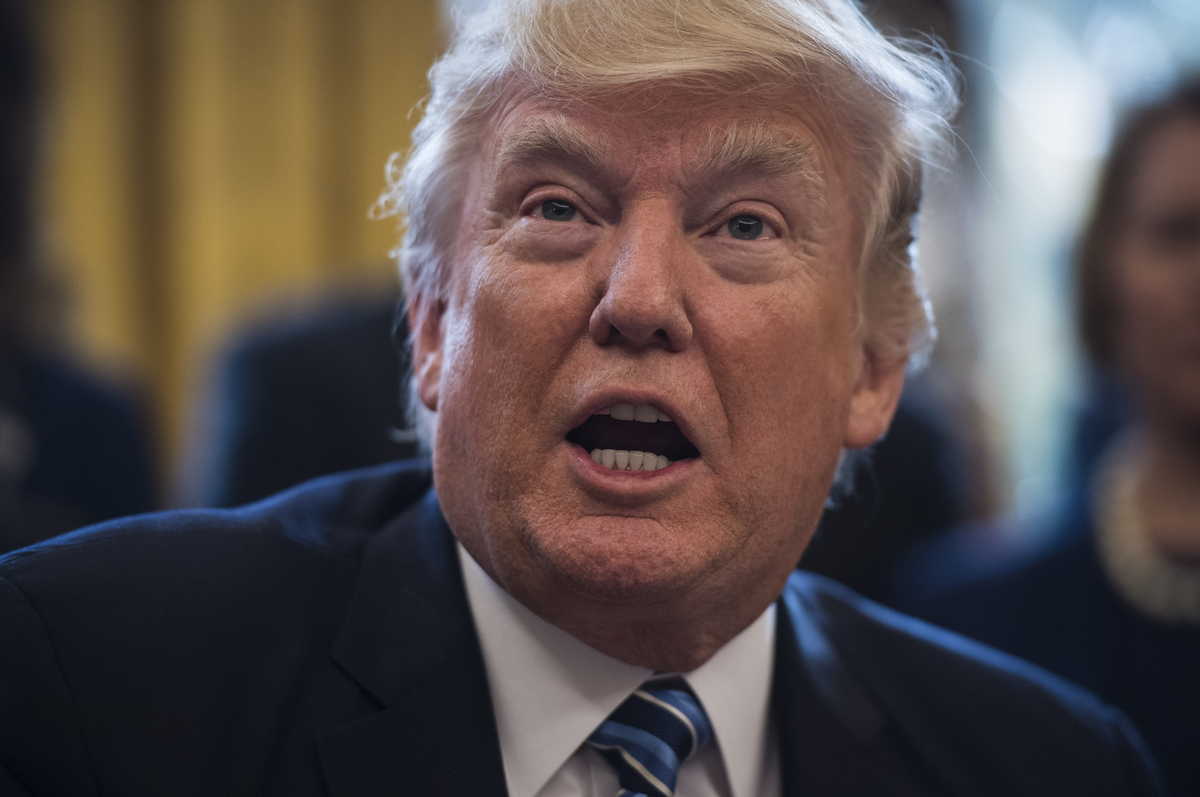 "We'd love to solve things diplomatically but it's very difficult," President Trump said on North Korea, in an interview with Reuters. Trump is seen here at the White House on Thursday.

President Trump says that while he would like to resolve the issue of North Korea's nuclear program diplomatically, it will be hard — and there is a potential for a major clash with the Asian nation, Trump said in an interview with Reuters.

"There's a chance that we could end up having a major, major conflict with North Korea, absolutely," the president told the news agency. "We'd love to solve things diplomatically but it's very difficult."

Asked whether he sees Kim Jong Un's regime as his biggest international concern, Trump replied, "Yes, I would say that's true, yes. ... North Korea would be certainly that."

The president's warning comes as Secretary of State Rex Tillerson tells NPR that the U.S. does not "seek a collapse of the regime" in North Korea — and that the Trump administration is open to holding direct talks with North Korea, as long as the subject is the winding-down of the renegade country's nuclear weapons program.

North Korea attempted another test of a ballistic missile, a U.S. official confirmed late Friday, but the Associated Press reports it failed shortly after launch — the country's second such failure in recent weeks.

Providing insights into how he sees the Korean Peninsula, Trump told Reuters that he wants South Korea to pay for the deployment of the THAAD missile defense system the U.S. recently sent to the country, and he said that he thinks China's President Xi Jinping wants to help resolve the ongoing Korean crisis.

The View From The Chinese Border With North Korea

The View From The Chinese Border With North Korea

He added, "With that being said, he loves China and he loves the people of China. I know he would like to be able to do something, perhaps it's possible that he can't."

Following the failed test, Trump tweeted Friday that the Kim regime was acting in direct defiance of China.

North Korea disrespected the wishes of China & its highly respected President when it launched, though unsuccessfully, a missile today. Bad!

During the Reuters interview, Trump "suggested that he wants to stay on China's good side, in order to get its help with North Korea," NPR's Anthony Kuhn reports from Beijing. "He's just the latest U.S. president to bash China on the campaign trail, only to change his tune once in office."

"He's 27 years old, his father dies, took over a regime, so say what you want but that's not easy, especially at that age. You know you have plenty of generals in there and plenty of other people that would like to do what he's doing. So I've said this before and I've, I'm just telling you, and I'm not giving him credit or not giving him credit. I'm just saying that's a very hard thing to do."

The topic of Trump's own arrival in office also came up in his talk with Reuters, ahead of the president marking his first 100 days in office.