Accessibility links
Time To Consult Congress Over Use Of Force Against ISIS, Lawmakers Say : The Two-Way The U.S. has relied on legislation from 2001 to justify its use of force against ISIS. But a bipartisan group of representatives say it's outdated, and argue it's time for a debate. 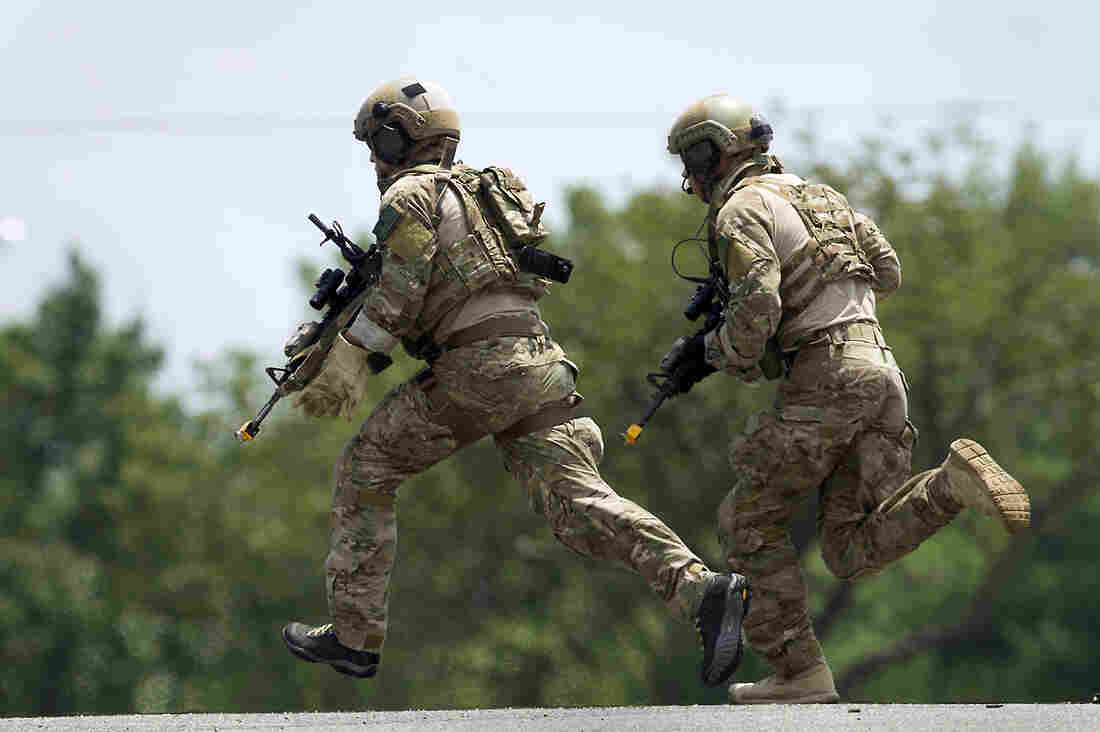 Servicemen put on a military demonstration during the Global Coalition to Counter ISIL Meeting in July 2016 at Andrews Air Force Base, Md. Cliff Owen/AP hide caption 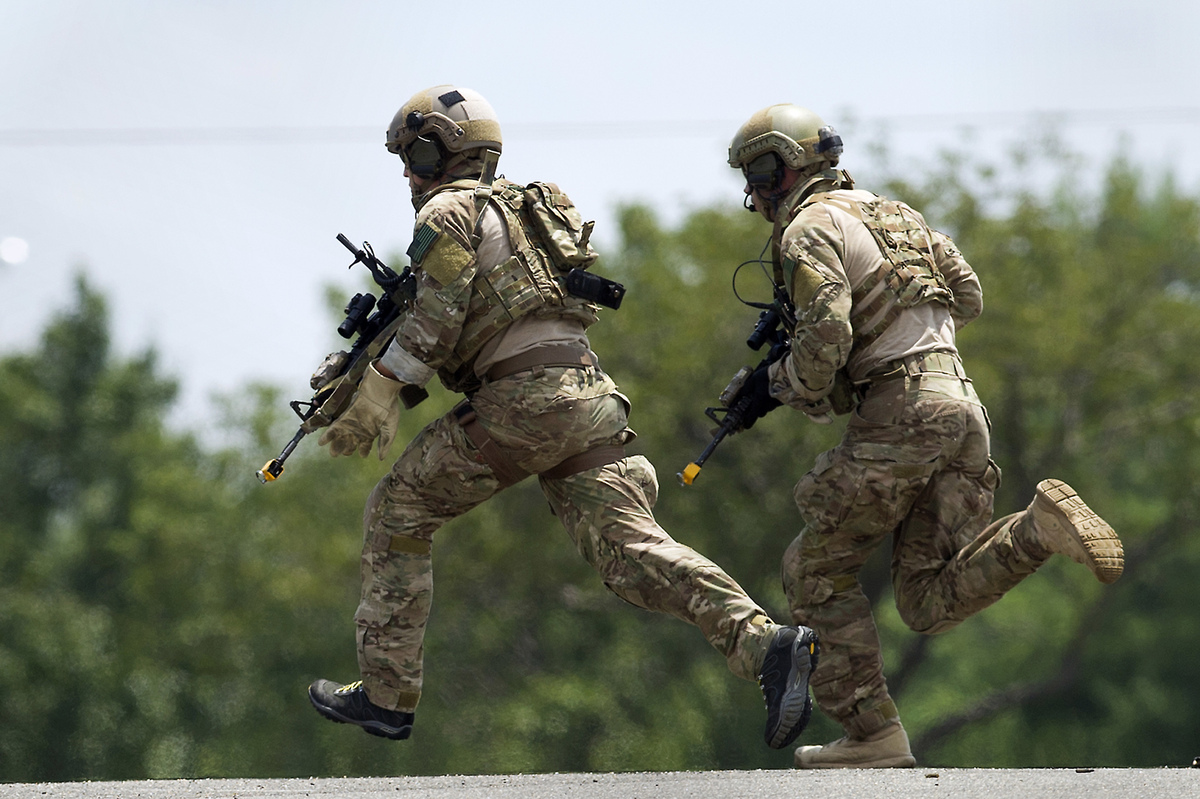 Servicemen put on a military demonstration during the Global Coalition to Counter ISIL Meeting in July 2016 at Andrews Air Force Base, Md.

To legally justify its military actions against the Islamic State, the U.S. has relied on a piece of 2001 legislation, written years before the extremist group came into existence.

Now 46 representatives from both parties say in a letter to Speaker Paul Ryan that it's time for Congress to "immediately begin a serious debate" on authorization for the use military force against the Islamic State.

"The U.S. has steadily escalated its role and military presence against the Islamic State forces in Syria and Iraq, including additional deployments over the past two months," the lawmakers write. "It is past time for the House to debate and vote on an [Authorization for Use of Military Force] that defines the purpose, nature and limits of U.S. military engagement against the Islamic State."

The debate over the role of Congress in authorizing military action reemerged earlier this month, after the Trump administration authorized missile strikes against a Syrian military airfield.

U.S. Army Captain Is Suing Obama Over Legality Of The War Against ISIS

"The U.S. has now carried out its first direct military action against the Syrian regime since the country's civil war began six years ago, again without any authorization by Congress," the letter states.

The discussion itself is not a new one. As The Two-Way has noted, the Obama administration authorized strikes against ISIS in Syria and Iraq "relying on an Authorization for Use of Military Force, or AUMF, passed in 2001, after the Sept. 11 attacks, and another one passed in 2002, which began the war against Iraq."

The 2001 AUMF authorized the U.S. to use force against those responsible for the Sept. 11 attacks. Some critics see its applicability against ISIS as a stretch, because the group did not exist at the time of the attacks, played no role in them, and its leadership is at odds with that of al-Qaida, which actually carried them out.

The Obama administration argued "that its position [was] legitimate because the Islamic State used to be a Qaeda affiliate in Iraq during the Iraq war," The New York Times has reported.

The Trump administration's strikes this month prompted new calls in Congress for a clear Syria strategy, as NPR's Susan Davis and Geoff Bennett reported, adding that "lawmakers are split over whether [the 2001 AUMF] covers attacks against the Assad government."

Ryan did not immediately respond to today's letter. He has previously called the recent strikes against the Syrian military "appropriate and just," as NPR reported, but he added: "I look forward to the administration further engaging Congress in this effort."