Accessibility links
Trump Invites Controversial Philippines President Rodrigo Duterte To White House : The Two-Way Trump had a "very friendly" phone call with Rodrigo Duterte, a leader accused of leading a mass killing of drug addicts in his country who also once called Barack Obama "the son of a whore." 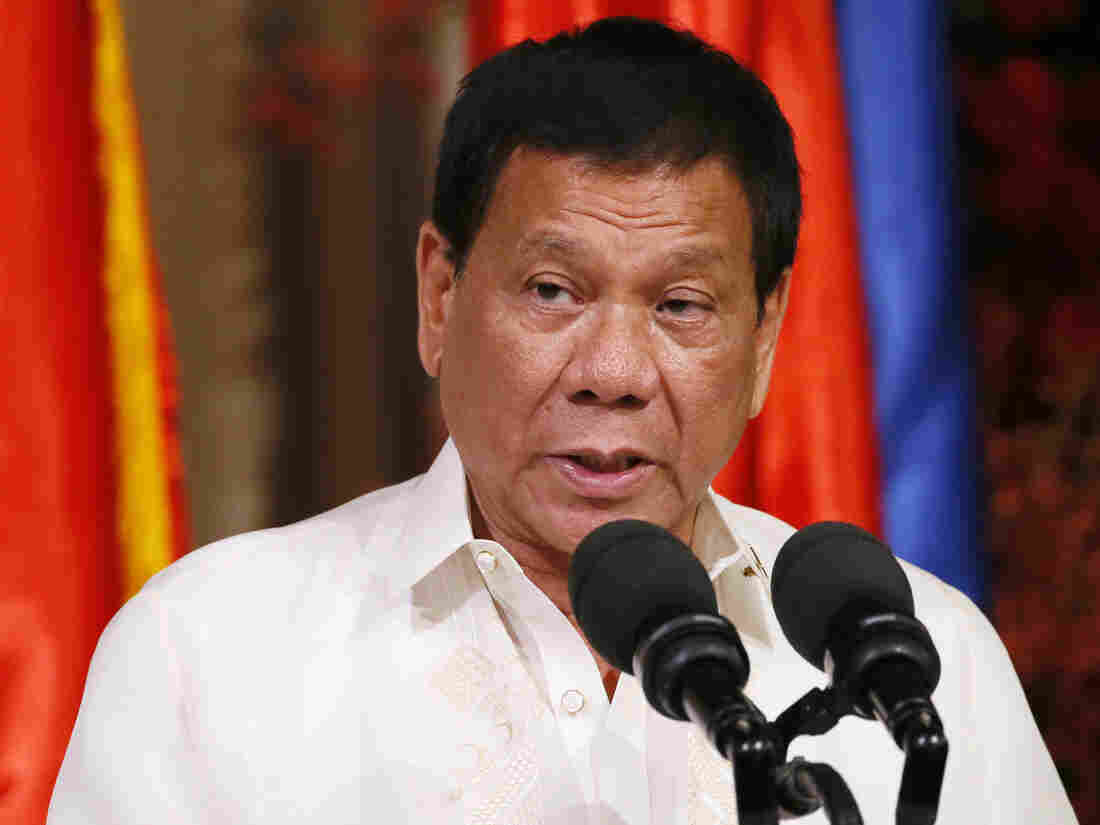 Philippine President Rodrigo Duterte talks with reporters in Manila on Friday. President Donald Trump invited Duterte to the White House in a phone call this weekend, despite concerns about the leader's violent war on drugs. Bullit Marquez/AP hide caption 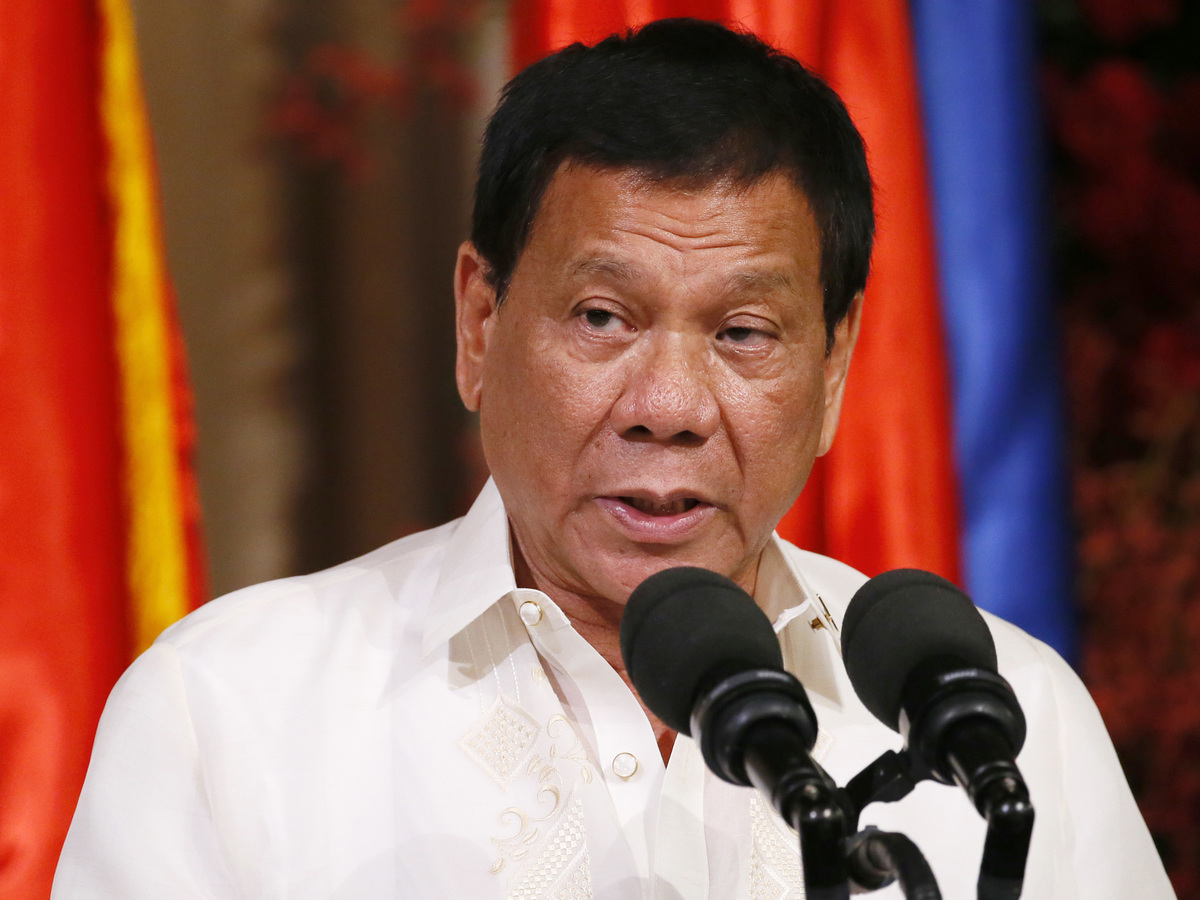 Philippine President Rodrigo Duterte talks with reporters in Manila on Friday. President Donald Trump invited Duterte to the White House in a phone call this weekend, despite concerns about the leader's violent war on drugs.

During a "very friendly" phone conversation, President Donald Trump invited Philippines President Rodrigo Duterte to the White House, signaling a massive shift in attitude from the U.S. toward a leader known best for inciting an extrajudicial war on drugs in his country that's killed more than 7,500 people.

Duterte also publicly attacked Trump's predecessor, Barack Obama, multiple times last year, once calling Obama the "son of a whore," before walking that statement back. In October, Duterte said Obama could "go to hell" and he also threatened to "break up" with the U.S.

A statement from the White House said Trump invited Duterte to discuss the "importance of the United States-Philippines alliance," and that the two also talked about "the fact that the Philippine government is fighting very hard to rid its country of drugs."

The tactics Duterte has used to wage that battle, since he was elected in June, have garnered global reprimands.

"Do your duty, and in the process, you kill 1,000 persons, I will protect you," Duterte told police on July 1, the day after he was sworn in, Michael Sullivan reported for NPR.

The Philippines president has also been accused of encouraging civilians to kill people attempting to buy or sell drugs.

What Trump's Meetings With World Leaders Say About His Foreign Policy

What Trump's Meetings With World Leaders Say About His Foreign Policy

"Forget the laws on human rights," he said in his final campaign speech before he was elected. In September, he compared himself to Adolf Hitler.

In December, Duterte released a statement saying Trump had told him he was conducting his war on drugs "the right way." Less than three weeks later, the top human rights official with the United Nations called for the Philippines leader to be investigated for murder.

It isn't the first time since Trump has taken office that he has looked past a leader's human rights issues, in an effort to strengthen ties.

Trump called Turkish President Recep Tayyip Erdogan earlier this month, to congratulate him on a victory that gave the authoritarian leader increased power, and the two are scheduled to meet in person in Washington next month.

The White House also hosted Egyptian leader Abdel-Fattah el-Sissi a few weeks ago, despite concerns about an Egyptian government that's sent tens of thousands of political dissidents to jail since the 2013 coup that brought el-Sissi to power.

"The Trump administration has been unfortunately silent as to the importance of American values," said Maryland Sen. Ben Cardin, the ranking Democrat on the Foreign Relations Committee, at the time.

Trump is scheduled to visit the Philippines in November to participate in a summit with the Association of South East Asian Nations.

The Philippines leads ASEAN, which just released a statement indicating its most lenient stance yet on China building and arming manmade islands in the South China Sea. Trump's administration has previously been vocal about the issues it had with China's island building there.

"We're going to have to send China a clear signal that, first, the island-building stops," Rex Tillerson, then secretary of state nominee, told senators in January. "And second, your access to those islands also is not going to be allowed."