Accessibility links
Trial Of Ousted South Korean Leader Begins As Voters Mull Her Replacement : The Two-Way Park Geun-hye's lawyers denied the slew of corruption charges against her, which could put her away for life. Meanwhile, a generational divide could determine the impeached president's successor. 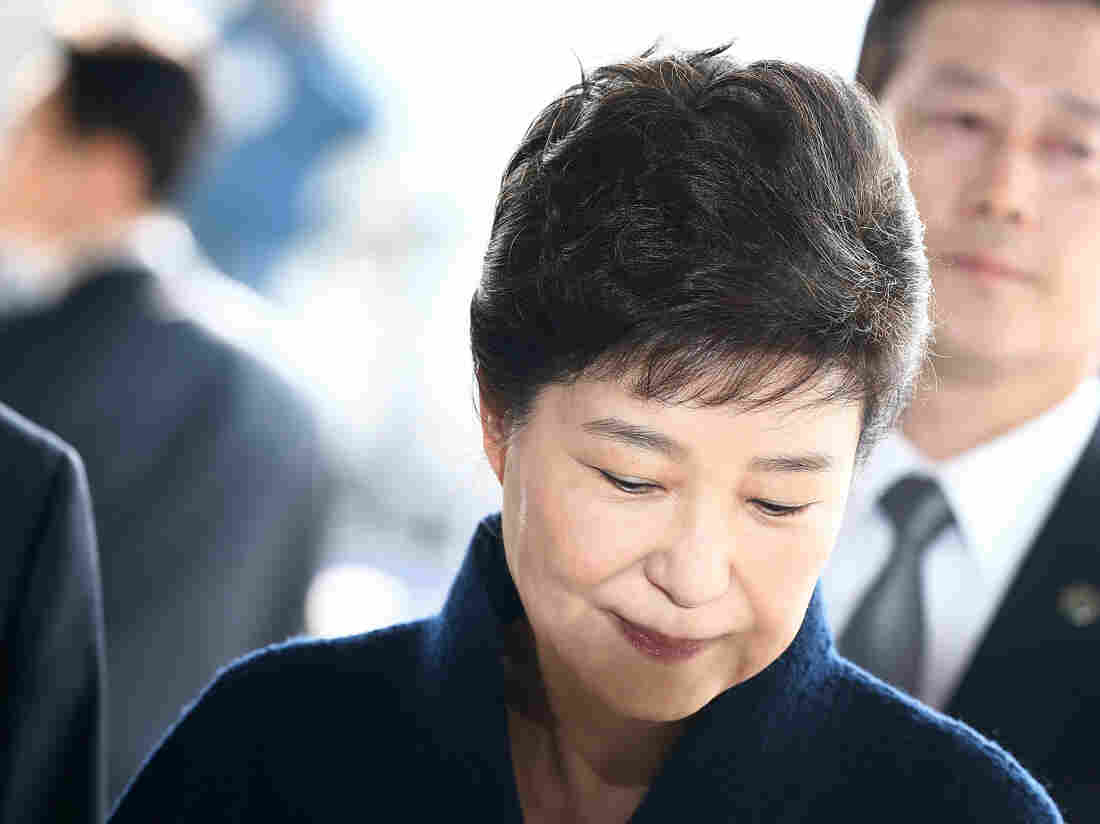 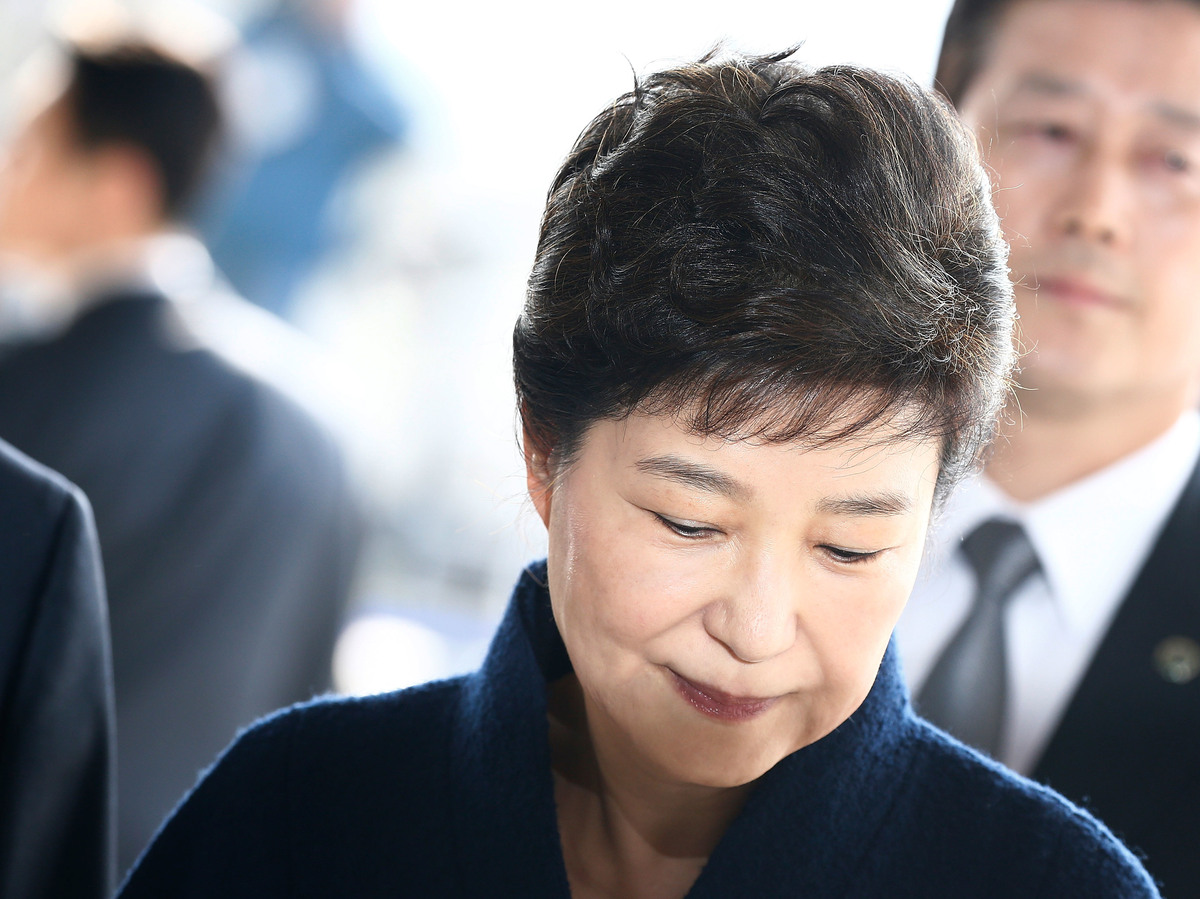 Protesters thronged outside a Seoul courtroom Tuesday, marking the start to Park Geun-hye's corruption trial with demonstrations both for and against the ousted South Korean president. In fact, the scene was so packed, one absence stood out all the more starkly: that of Park herself.

She wasn't required to show up to the opening hearings; instead, her lawyers stood before the court on her behalf, denying the allegations that led to her official removal from power in March. Park faces 18 criminal charges — which include bribery, abuse of power and leaking of state secrets — and the possibility of life in prison.

Tuesday's hearing officially opens the trial, though Agence France-Presse reports that full proceedings are expected to get underway in two weeks. In the meantime, the defense has plenty of reading ahead of it: Prosecutors have handed over 120,000 pages of investigation records, according to the news service.

2 Influential People In South Korea Are In Jail

2 Influential People In South Korea Are In Jail

As we've reported, the scandal that brought down Park has ensnared a number of high-ranking business figures — including the de facto chief of the country's largest conglomerate, Samsung.

Park is accused of helping extort about $70 million from Samsung and other big South Korean companies for the private slush fund of her friend and confidante Choi Soon-sil. Samsung executive Jay Y. Lee is accused of having approved more than $38 million in bribes for Choi.

It's partly because of this network of connections that Park's detractors fear for the integrity of her trial, as reporter Lauren Frayer tells Morning Edition.

"The protesters there are worried that she won't get a fair trial because she's too cozy, they say, with judges and the legal establishment.

"And the reason why is Park's history. Her father was a military dictator during the Cold War, she grew up in the South Korean version of the White House, so she's part of this big dynasty. She's even nicknamed 'the princess.' "

This fame aided Park's rise to power, as she won election in a landslide in 2012.

In South Korea's Presidential Election, A Referendum On U.S. Relations

Now that she is out of office, South Korean voters face a fast-approaching decision about how to replace her. They go to the polls next Tuesday to elect their next president, and with just days to go, it appears voters are inclined to re-evaluate her policies.

Moon has also said he wants more talks with the North Korean regime — a prospect that, as Lauren points out, has angered many older South Koreans and attracted significant support from younger voters.

Yet Park promises to remain a centerpiece of campaign rhetoric in the days to come, as well. South Korea's Yonhap news agency reports that even Park's sister has announced her preferred candidate: Hong Joon-pyo, the conservative contender currently running in third.