Accessibility links
House Panel Lets Airline Execs Have It Over Customer Service : The Two-Way At a House Transportation and Infrastructure Committee hearing on airline customer service, representatives expressed their personal frustrations with the vagaries of flying on U.S. airlines.

Members Of Congress Are Annoyed By Air Travel, Too

Members Of Congress Are Annoyed By Air Travel, Too 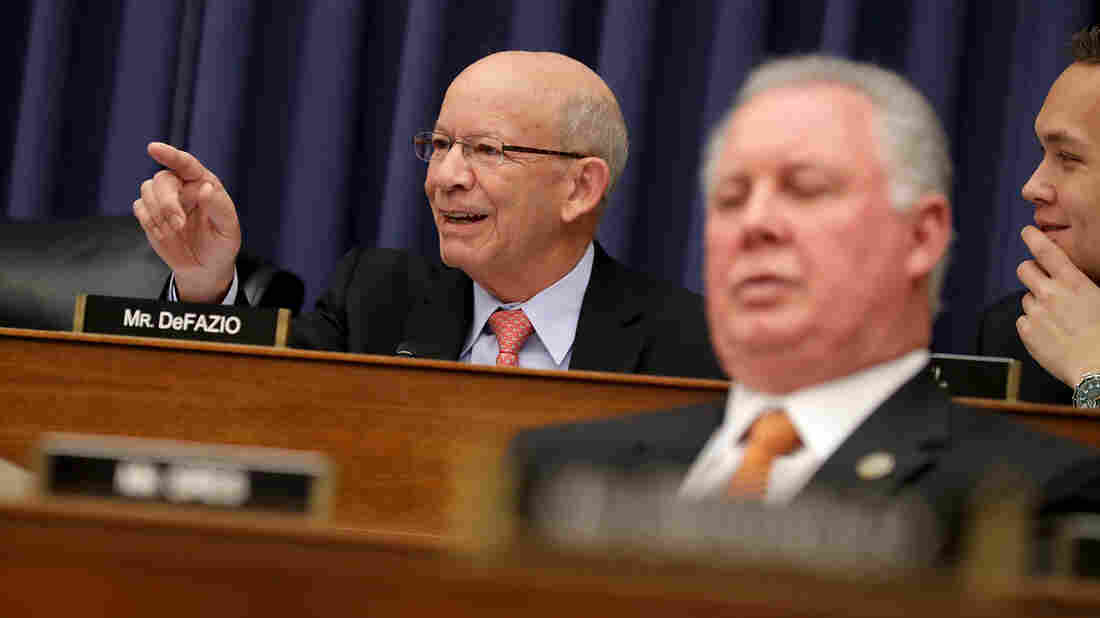 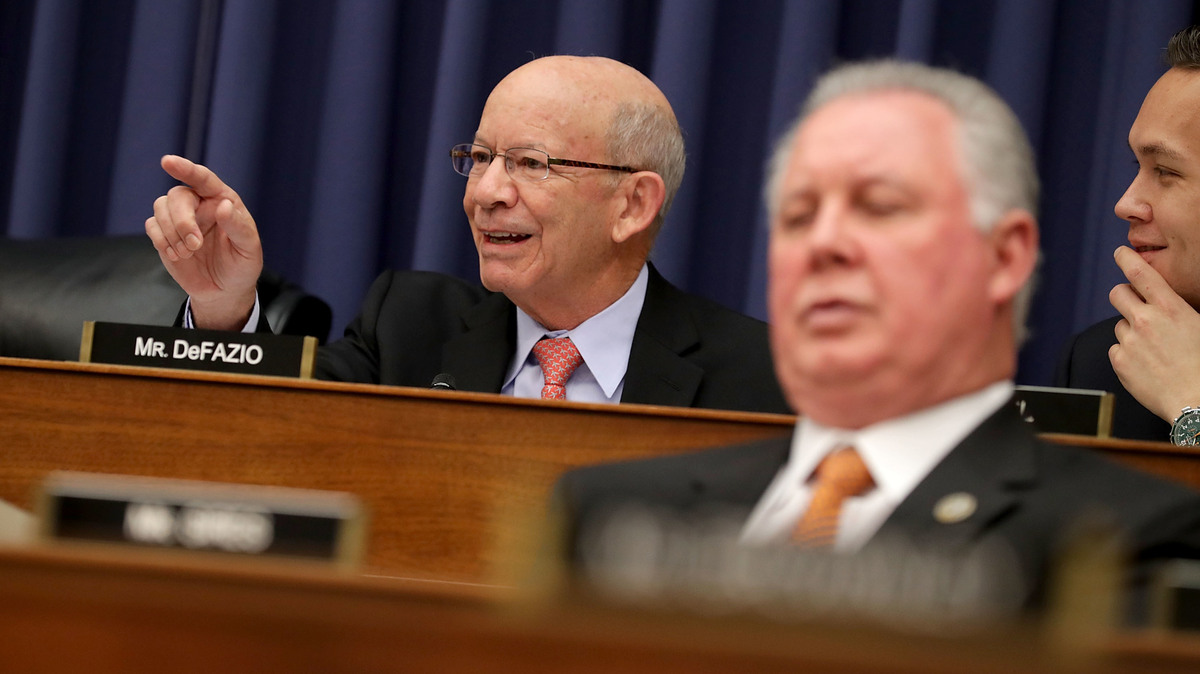 When some members of Congress look at the practices of U.S. airlines, they aren't just lawmakers eyeing an industry.

They're customers. And they aren't happy.

The House Transportation and Infrastructure Committee held a hearing on Tuesday to address concerns over airline customer service. It was prompted by several high-profile incidents, including the violent removal of a passenger from a United Express flight.

But the hearing with executives from four major carriers was wide-ranging. And it was quickly apparent that members of Congress — traveling back and forth between Washington, D.C., and their home districts — are frequent flyers, with very personal feelings on the subject.

Committee members complained about seat sizes, about checked-bag fees, about ticket-booking websites, about overbooking and bumping, and rude gate attendants.

'It Was A Mistake Of Epic Proportions,' United CEO Testifies

Rep. Jason Lewis, R-Minn., said he didn't want to tell the executives how to run their businesses. "I do want to come to you, though, as a consumer," he said — "a consumer who just spent, two weekends ago, 30 hours getting from Washington, D.C., to Minneapolis, Minn."

He said he was stranded at Reagan National Airport for a day and a half.

He called the airline's planes "buses with propellers" with "teeny, tiny awful seats."

"I apologize that you had an uncomfortable flight," Philipovitch said.

And Michael Capuano, D-Mass., delivered what can only be described as a rant:

"We all know it's a terrible experience, starting from the minute I go on the computer to try to figure out which flight I want to take.

"I have to go to several different websites, and even when I do that I have to go into the depths of the websites to get truly comparable prices, because some do charge fees, some don't charge fees, some charge fees for baggage, some charge fees for oxygen, who knows. I can't get comparable prices. So before I buy a ticket I'm frustrated. I personally have shut that computer down repeatedly. ... You gotta go back and you gotta dig your way through it, from the very start. But we all expect it to be a miserable experience.

"I get the airlines coming [to the committee] complaining about the facilities we have and yet I see that in 2015 — the latest year we have — $3.8 billion in fees, which don't pay the ticket price. Which means almost $300 million that could have been put into improving those facilities didn't, because you don't want to tell us what your tickets cost. ...

"We're kind of sick of it, as the consuming Americans. We gotta fly. You've got us. You've got us. And if you want to keep treating us this way, fine. I guess we can only do so much. But there will come a day when Congress won't accept it anymore on behalf of the American people.

"I don't really have any questions ... but if you walk out of here thinking that the immediate situation is the only problem the American public has with the flying experience, you've missed the point. We have a problem. It shouldn't be as bad and unpleasant as it is.

"Nobody is against you making money. I don't want to yell at you. I just want to be able to go to the airport and get from Point A to Point B with a more pleasant experience."

"I apologize for not having a question," he told the committee chairman, Rep. Bill Shuster, R-Pa.

"My only response to that is 'Well said, thank you,' " Shuster said.

A few committee members piped up to defend the companies, but the vast majority were critical and clearly frustrated.

At multiple points during the hearing, representatives pointed to Southwest — with its free checked bags, no change fees and recently announced decision not to intentionally overbook flights — and asked why the other airlines couldn't be more like them.

"Southwest, are you going to go broke or something?" asked ranking member Peter DeFazio, D-Ore.

Blake Farenthold, R-Texas, turned to the president of United.

"Mr. Kirby, you said you overbooked to keep fares low," he said. "I can't remember the last time the United fare was lower than the Southwest fare. Southwest, how do you do it?"

Several of the members of Congress — including Republicans — raised the specter of at least partial re-regulation of the airlines, which have not had federal oversight of fares or routes in decades.

"I'm a conservative Republican," Texas Rep. Brian Babin said in remarks echoed by multiple colleagues. "I don't like regulation if we can get away with it.

"But something has got to be done in terms of customer service with some of your airlines," he said.