Accessibility links
Former S.C. Police Officer Pleads Guilty In Shooting Of Walter Scott : The Two-Way Michael Slager pleaded guilty to a federal civil rights charge for using excessive force in attempting to arrest Scott in 2015. As part of the plea deal, the state will drop a pending murder charge. 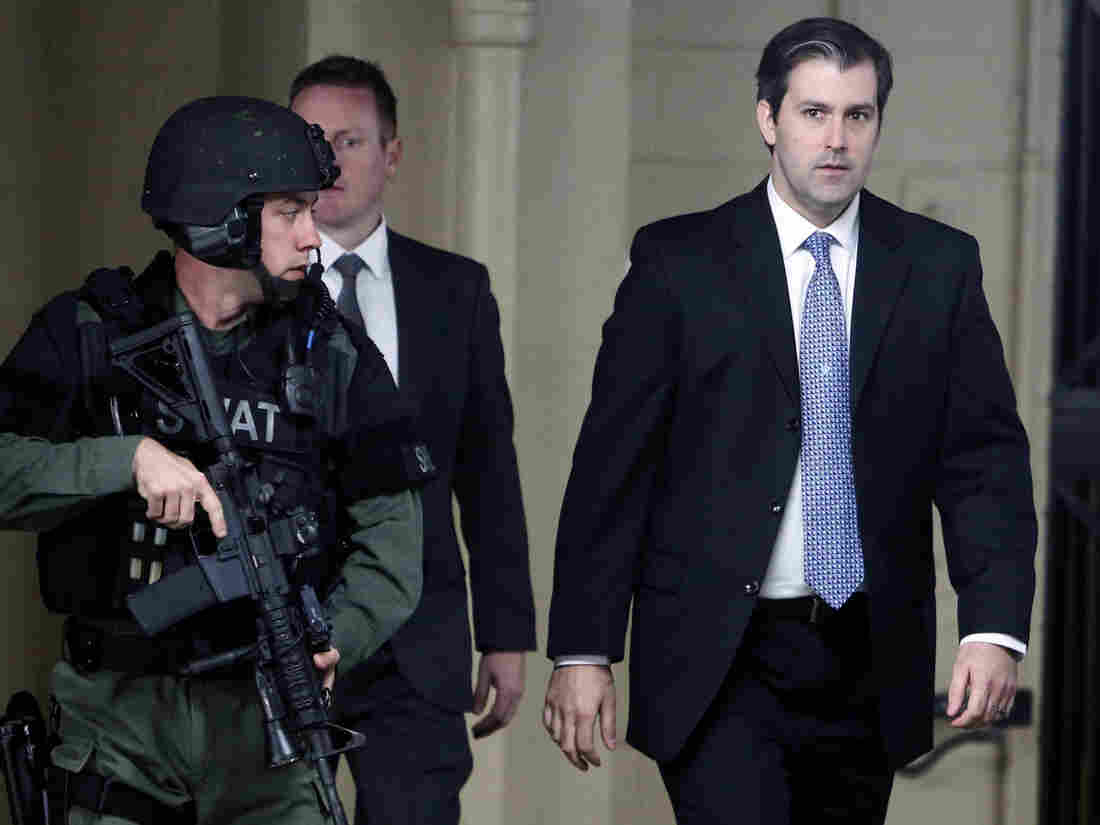 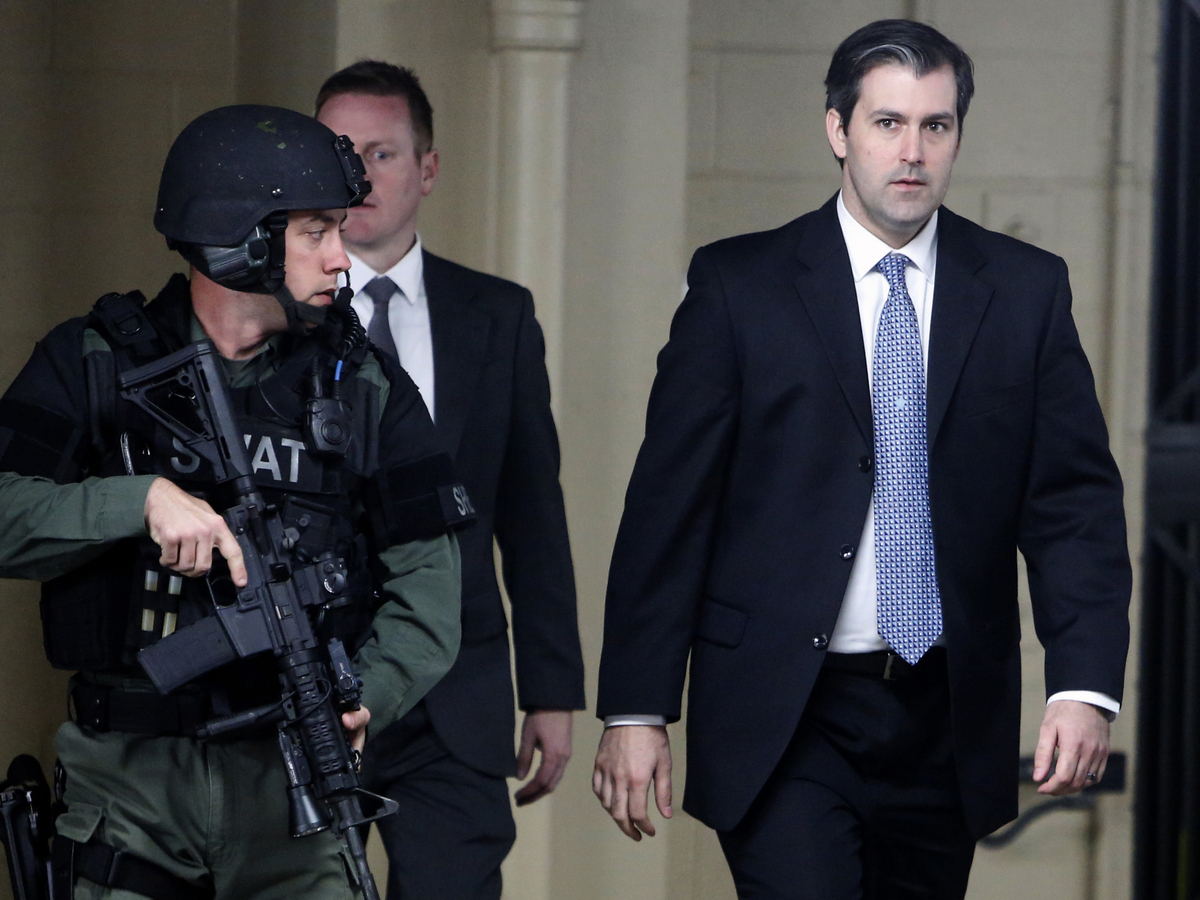 A former police officer in North Charleston, S.C., accused in the shooting death of an unarmed black man in 2015 has pleaded guilty to a federal civil rights charge, according to his lawyer.

Michael Slager, who shot Walter Scott in the back following a traffic stop, pleaded guilty Tuesday to violating Scott's civil rights by using excessive force during an attempted arrest. A bystander captured cellphone video of the killing, spurring widespread outrage.

"We hope that Michael's acceptance of responsibility will help the Scott family as they continue to grieve their loss," said Andrew Savage, Slager's defense attorney.

State prosecutors had been set to retry Slager, 35, in August after his murder trial ended in a hung jury in December. "It's not over," Scott's mother, Judy, said outside the courthouse at the time. "Y'all hear me? It's not over till God says it's over." 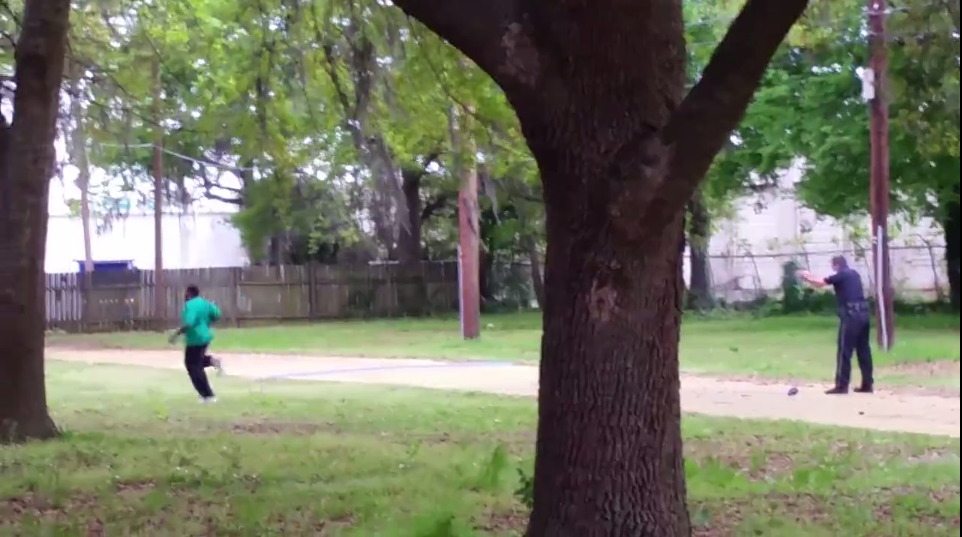 Slager's federal trial had been expected to start next week.

"The Department of Justice will hold accountable any law enforcement officer who violates the civil rights of our citizens by using excessive force," Attorney General Jeff Sessions said in a statement following Slager's guilty plea. "Such failures of duty not only harm the individual victims of these crimes; they harm our country, by eroding trust in law enforcement and undermining the good work of the vast majority of honorable and honest police officers."

On April 4, 2015, Slager, who is white, pulled over 50-year-old Walter Scott, a black man, for a broken brake light. Scott fled from his car, and Slager chased him on foot. After a brief struggle, Scott broke away and Slager began firing at his back, striking him with five of the eight bullets he fired.

During his murder trial, as The Two-Way reported, "Slager emphasized that he had acted according to his training as a police officer and that he had been afraid of Scott. He contended, as he has previously, that Scott had taken his Taser stun gun."

The AP reports that Slager faces a possible sentence of life in prison and $250,000 in fines but that prosecutors "are proposing a sentence based on federal guidelines for a second-degree murder conviction, which recommend more than 20 years."