Accessibility links
Gay Couple's Lawsuit Against Kentucky Clerk Kim Davis Is Back On After Court Ruling : The Two-Way The lawsuit had been dismissed last August because of a change in state law. But an appeals court says the couple can still seek damages from the Kentucky clerk who denied them a marriage license. 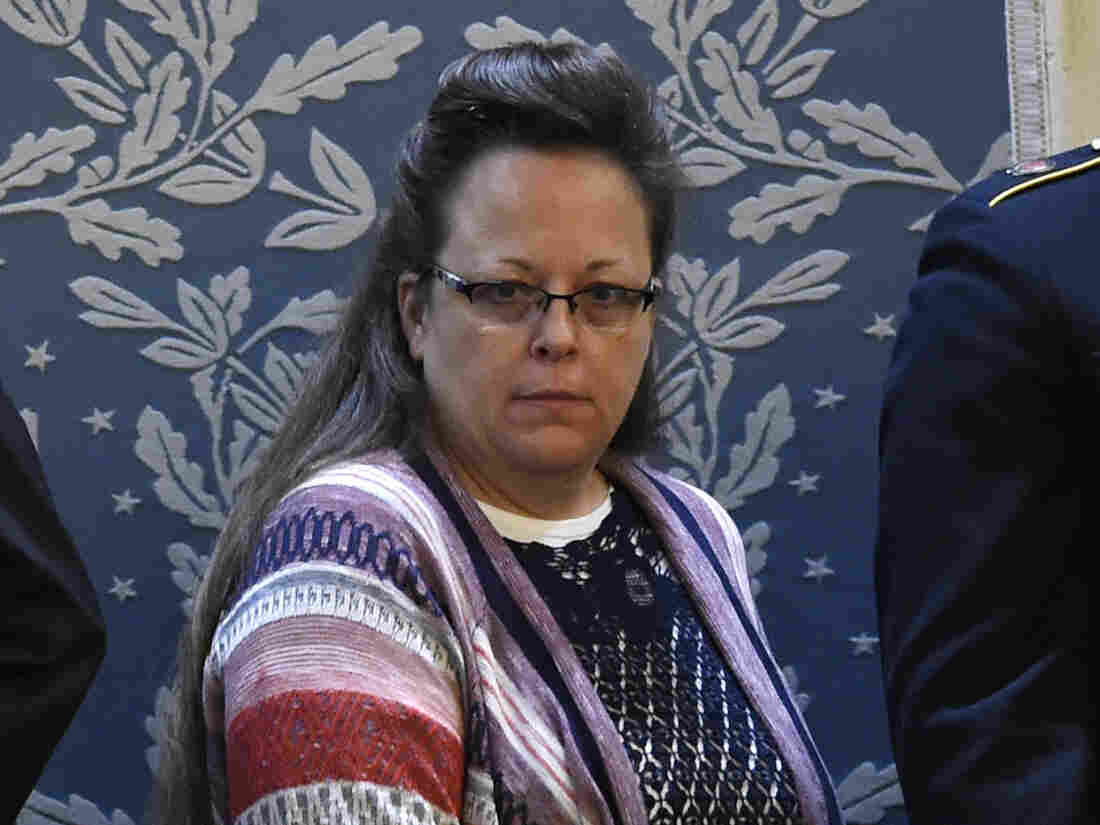 Kim Davis attends President Obama's State of the Union address in January 2016. The clerk for Rowan County, Ky., is being sued for refusing to issue marriage licenses on religious grounds in 2015. Saul Loeb/AFP/Getty Images hide caption 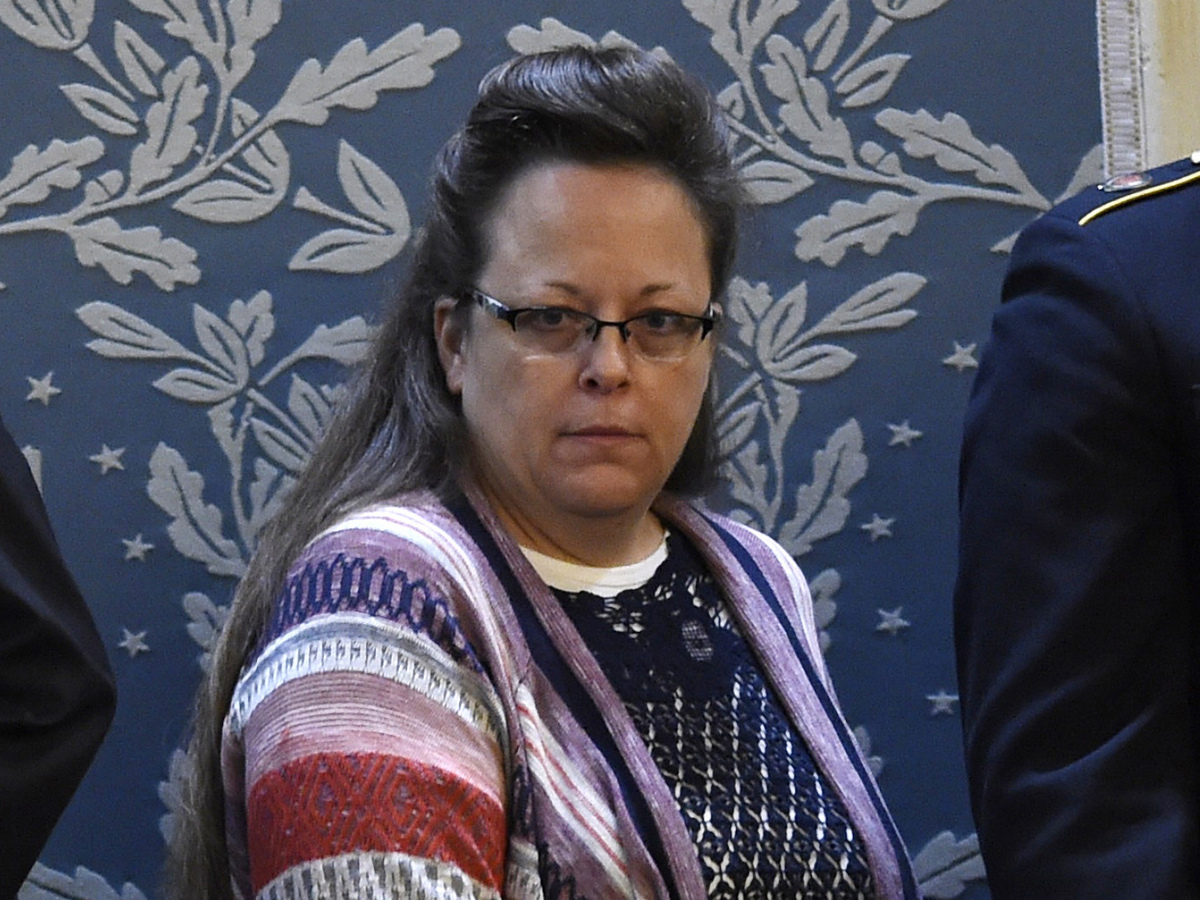 Kim Davis attends President Obama's State of the Union address in January 2016. The clerk for Rowan County, Ky., is being sued for refusing to issue marriage licenses on religious grounds in 2015.

Just half-a-year after a federal judge tossed out three lawsuits against Kim Davis, the Kentucky clerk who grabbed headlines in 2015 for denying marriage licenses to same-sex couples on religious grounds, a court of appeals ruled Tuesday that the men suing Davis can continue their case.

Last August, U.S. District Judge David Bunning dismissed a case brought by David Ermold and David Moore against the Rowan County clerk, citing an executive order by Kentucky Gov. Matthew Bevin. Under the order, marriage licenses no longer need to carry the name of the county clerk who issues them.

This change, Bunning argued at the time, rendered moot the complaints brought by Ermold, Moore and several other people.

But in their opinion Tuesday, the three judges on the 6th U.S. Circuit Court of Appeals said the story doesn't end there:

"We conclude that the district court's characterization of this case as simply contesting the 'no marriage licenses' policy is inaccurate because Ermold and Moore did not seek an injunction — they sought only damages. This action is not a general challenge to Davis's policy, but rather seeks damages for a particularized harm allegedly suffered by a specific set of plaintiffs."

The appeals court ruling revives the couple's lawsuit and sends the case back to Bunning.

The decision also spells another chapter in the fraught history shared by Ermold, Moore and Davis, whose confrontation at Davis' office drew national attention following the Supreme Court's June 2015 legalization of same-sex marriage.

Davis, a member of the Apostolic Church — which embraces a literal interpretation of the Bible — had been defying that ruling and refusing to issue marriage licenses to gay couples on religious grounds.

Journalists filmed the confrontation between the three in September of that year.

Davis' refusal became a national flash point — attracting ire from same-sex marriage advocates, admiration from social conservatives and demonstrators from across the the political spectrum. It also earned Davis a brief stint in jail for contempt of court.

Here's What We Know About The Kentucky Clerk Refusing Marriage Licenses

Just Before Big Rally, Kim Davis Is Released From Jail

The appeals court ruling Tuesday serves as a reminder that, while Kentucky law has changed and Davis has returned to work, the standoff that started in 2015 has not reached a complete conclusion.

"The ruling keeps the case alive for a little while but it is not a victory for the plaintiffs," Mat Staver, founder of Liberty Counsel, a Christian advocacy group representing Davis, said in a statement cited by Reuters. "We are confident we will prevail."

The attorney for Ermold and Moore, Michael Gartland, expressed similar confidence in his side's chances.

"We're going to get damages, I'm sure of that," Gartland said, according to the Lexington Herald-Leader. "There's been no discovery yet. I can't imagine it's a huge amount of damages, but there are damages."