Accessibility links
More Than 20 People Reportedly Killed In Iranian Coal Mine Blast : The Two-Way Iranian state media say at least 21 miners died and scores more were injured in the mine in northern Iran. More than a dozen people were thought to still be trapped in the mine. 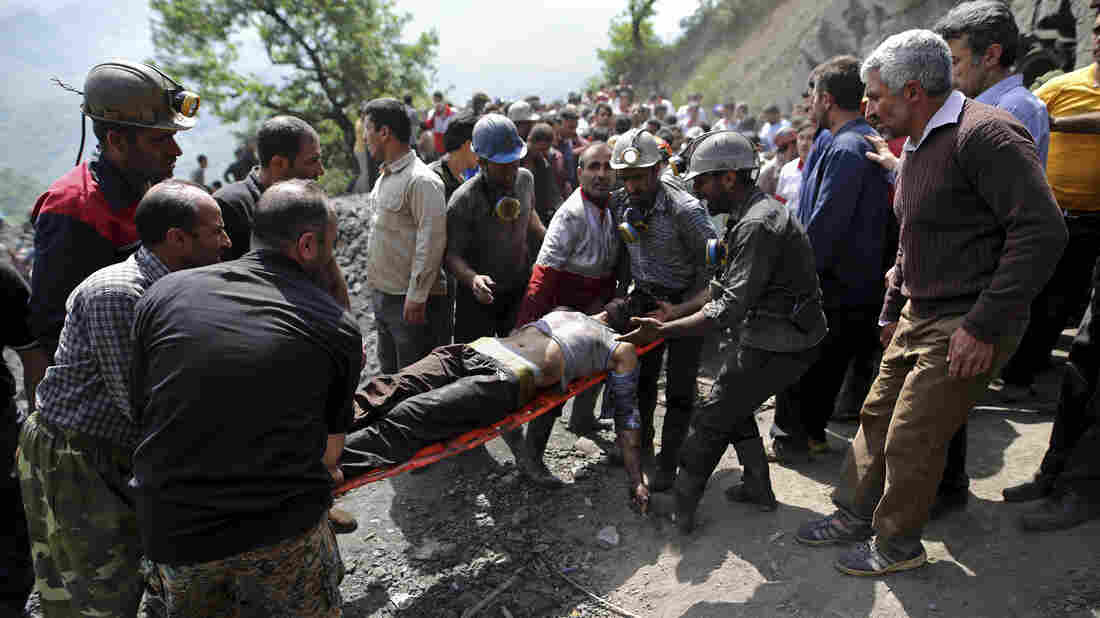 Miners and rescue personnel carry an injured mine worker after a coal mine explosion near Azadshahr in northern Iran. Mostafa Hassanzadeh/Tasnim News Agency/AP hide caption 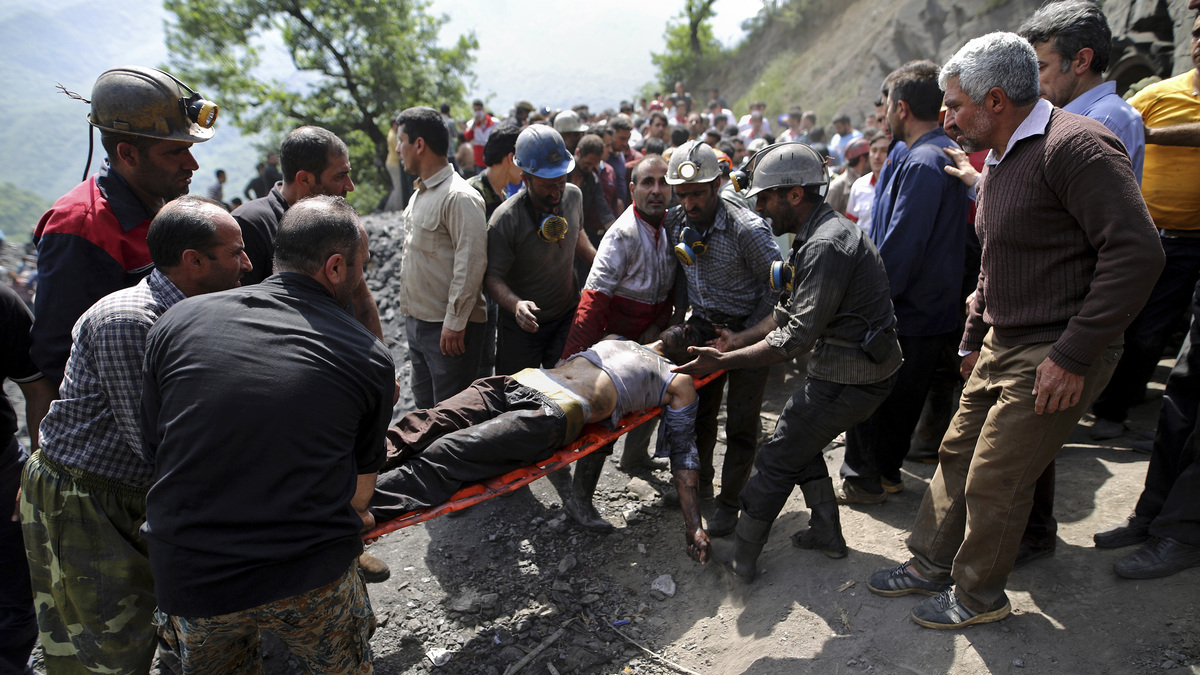 Miners and rescue personnel carry an injured mine worker after a coal mine explosion near Azadshahr in northern Iran.

An explosion tore through a coal mine in northern Iran on Wednesday, killing at least 21 miners and injuring many more, according to Iranian state media.

Sadeq-Ali Moqaddam, head of the emergency department of Golestan Province, said 21 bodies were recovered from the mine following the explosion, according to Press TV, the English language arm of Iranian state television. He added that about 14 people were believed to still be trapped in the mine.

Reuters also reported 21 dead in the mine disaster:

" 'Twenty-one bodies of workers ... have been taken out of the mine. ... So far there have been 69 injured,' a regional official in Golestan province told the semi-official Tasnim news agency.

"Iranian media said more than 30 of the injured were transferred to nearby hospitals.

"The semi-official Fars news agency reported earlier that more than 50 workers were trapped in a two-kilometre-long tunnel filled with gas that hampered rescue efforts."

More than 500 miners work at the mine just outside the city of Azadshahr in Golestan Province, according to IRNA, Iran's state news agency.

A previous version of this story incorrectly said the explosion happened Thursday. It happened Wednesday.