Accessibility links
EU Drops Its Antitrust Probe Over Amazon E-Book Contracts : The Two-Way The European Union's executive arm closed the investigation after accepting Amazon's promise to strip its publisher contracts of clauses that the commission feared were "harmful to consumers." 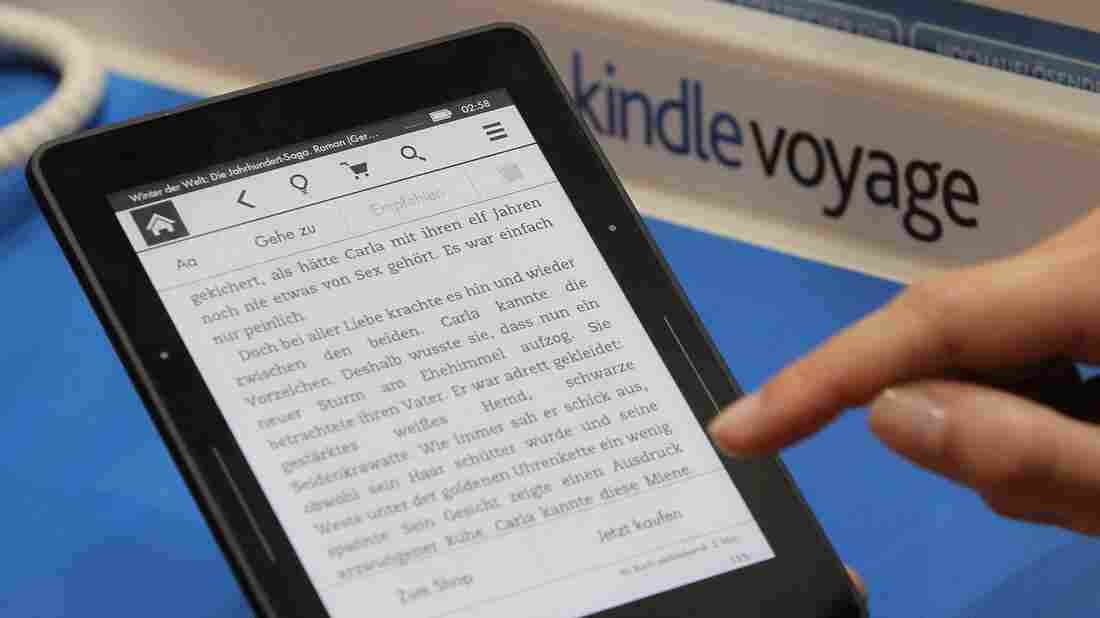 A reader handles an Amazon Kindle at a book fair in Frankfurt, Germany, in 2015. Daniel Roland/AFP/Getty Images hide caption 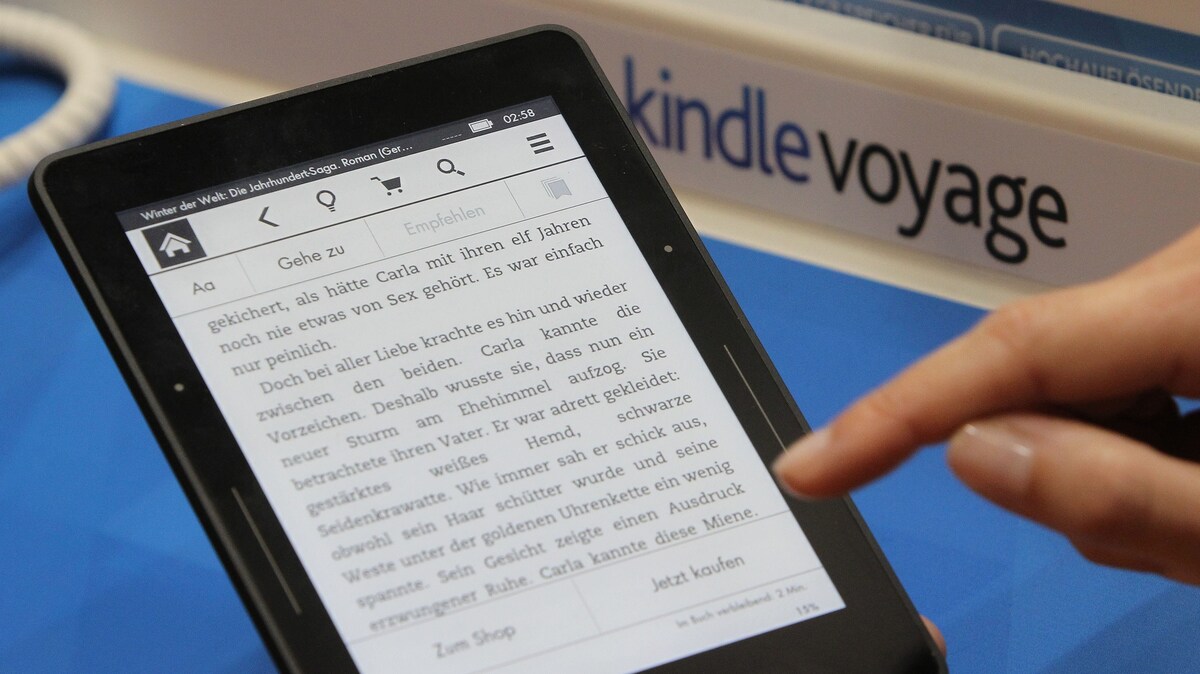 A reader handles an Amazon Kindle at a book fair in Frankfurt, Germany, in 2015.

The European Commission announced Thursday that it is concluding its antitrust investigation of Amazon over e-books, citing key changes to the contracts that inspired the probe in the first place.

The executive arm of the European Union had been wary of clauses that required publishers to alert Amazon about terms offered by the company's competitors — clauses that Amazon has now promised to modify.

"Today's decision will open the way for publishers and competitors to develop innovative services for e-books, increasing choice and competition to the benefit of European consumers," Margrethe Vestager, the European commissioner for competition, said in a statement.

Amazon celebrated the decision, as well.

"We are pleased to have reached an agreement with the European Commission," the company said in a statement emailed to NPR. "We will continue working to help authors and publishers reach more readers, improve the digital reading experience, and bring our customers the best possible prices and selection."

The commission launched the investigation in June 2015, concerned that the largest e-book distributor in Europe was using its heft to ensure it obtained terms at least as favorable as those of its competitors.

Here's what had the commission skeptical, in its own words:

"These clauses, sometimes referred to as 'most-favoured-nation' clauses, required publishers to offer Amazon similar (or better) terms and conditions as those offered to its competitors and/or to inform Amazon about more favourable or alternative terms given to Amazon's competitors. The clauses covered not only price but many aspects that a competitor can use to differentiate itself from Amazon, such as an alternative business (distribution) model, an innovative e-book or a promotion."

As we reported at the time, Vestager opened the investigation "to make sure that Amazon's arrangements with publishers are not harmful to consumers, by preventing other e-book distributors from innovating and competing effectively with Amazon."

In January, though, Amazon offered to change its contracts to comply with the commission's concerns by stripping the clauses in question. As part of its offer, Amazon committed to maintaining these changes for a period of five years.

The commission agreed to these conditions Thursday, accepting the company's commitments and formally closing its probe — though it says regulators will remain vigilant enforcing the agreement:

"If Amazon were to breach the commitments, the Commission could impose a fine of up to 10% of Amazon's total annual turnover, without having to find a violation of the EU competition rules."