Accessibility links
35 Reported Dead In Iran Mine Explosion; Others Remain Trapped : The Two-Way A government official said the blast occurred when workers changed the battery of a locomotive, creating a spark in a methane-filled tunnel. Many who died had rushed to help miners who were trapped.

35 Reported Dead In Iran Mine Explosion; Others Remain Trapped

35 Reported Dead In Iran Mine Explosion; Others Remain Trapped 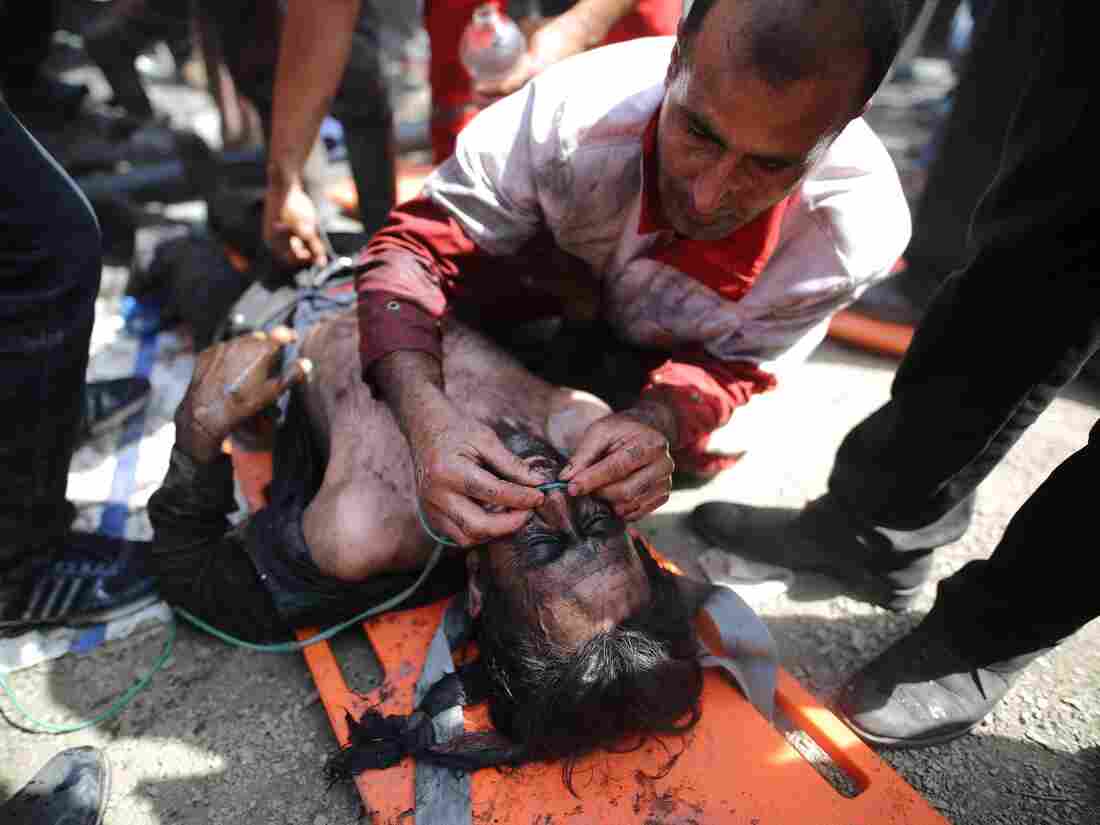 Iranian emergency personnel aid an injured coal miner after an explosion at the Zemestan-Yurt coal mine in northeastern Iran on Wednesday. Iran state media reported that at least 35 workers died in the incident, while others remain trapped underground. Anadolu Agency/Getty Images hide caption 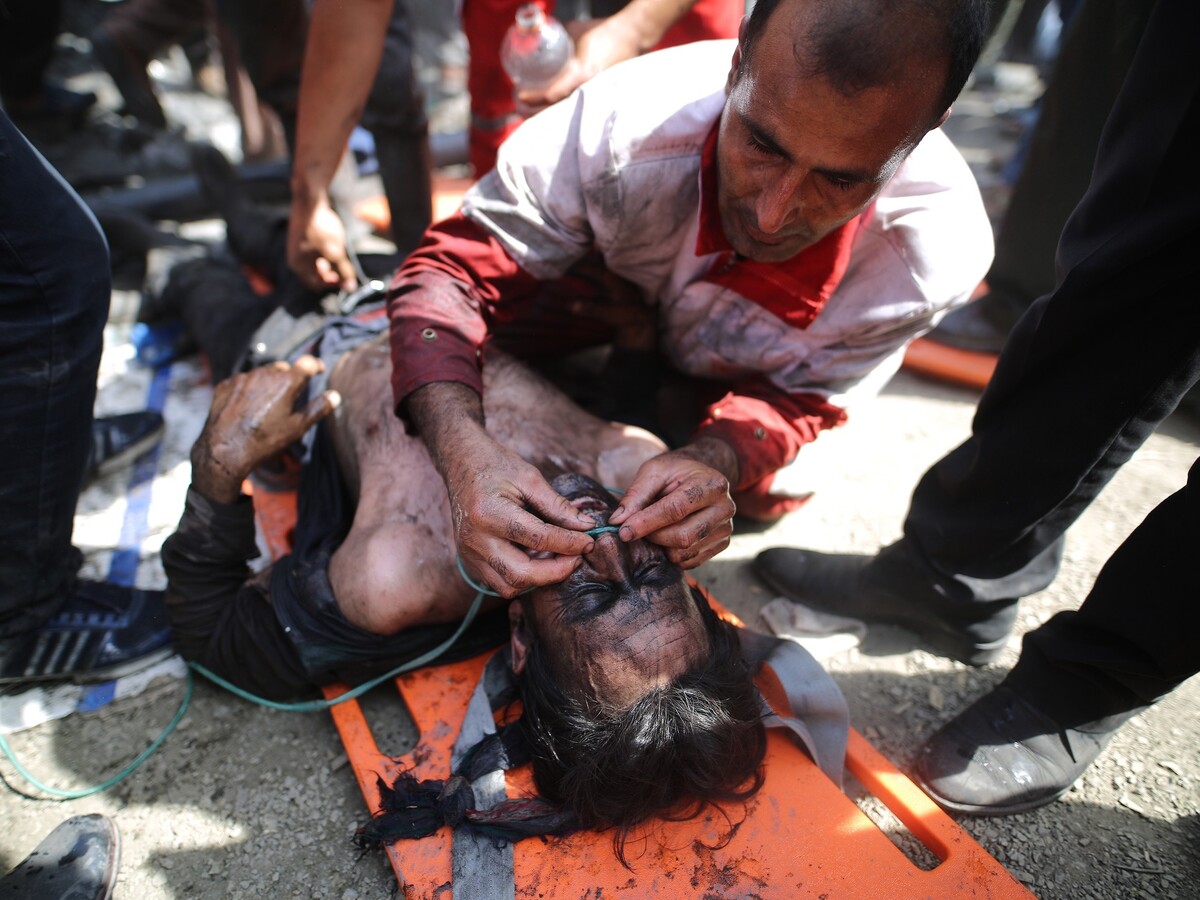 Iranian emergency personnel aid an injured coal miner after an explosion at the Zemestan-Yurt coal mine in northeastern Iran on Wednesday. Iran state media reported that at least 35 workers died in the incident, while others remain trapped underground.

An explosion of methane gas collapsed a coal mine in Iran, killing more than 35 people and trapping others underground, according to Iranian state media. Many of those who died had rushed into help miners who were trapped.

Wednesday's blast was caused when workers tried to jump-start a locomotive, Reuters reports.

IRNA, the Islamic Republic News Agency, says that according to Labor Minister Ali Rabiei, the blast occurred when workers changed the battery of the locomotive, creating a spark:

"'There were some technical difficulties with the batteries in the depth of 700 meters and changing the batteries was carried out inside the tunnel rather than outside of it and that triggered the explosion,' Rabiei said on Thursday."

The tunnel was filled with methane, reports the Tasnim News Agency. PressTV reported that 25 people were taken to the hospital due to gas inhalation.

The explosion happened during a shift change at the mine, which employs more than 500 workers in the Golestan province, near Iran's northern border with Turkmenistan.

The FARS news agency reports that 21 of the casualties were miners "who were outside and rushed to help the trapped miners through a tunnel that collapsed. " It says that 81 miners remain trapped more than a mile underground, and that aid workers are trying to keep them alive by pumping air down to them.

There was confusion about how many people were trapped underground, the Associated Press said, with estimates ranging from dozens to 80.

Iranian President Hassan Rouhani offered his condolences to families of the victims on Thursday, Tasnim reported, and that the incident "has grieved the entire Iranian nation." Rouhani said organizations should work together to hasten rescue operations.

The agency also reported that Iran's Supreme Leader Ayatollah Ali Khamenei had "expressed deep sorrow" over the deaths, saying that "tragic and disastrous mine incident in Golestan (province) in which a number of hard-working and afflicted workers have lost their lives and a number of other dears have been trapped, made me bereaved and grieving. ... It is necessary that all possible measures be taken to rescue those trapped."

Three days of public morning have been declared in the province, the agency reported.

Industrial accidents are common in Iran, where much of the infrastructure is outdated, according to The New York Times. "Many construction and mining sites operate with inadequate materials because managers are unwilling to invest in safety measures, and international sanctions have blocked the importing of new equipment."

In January, a 17-story building caught fire and collapsed in Tehran, killing at least 20 firefighters.