Accessibility links
Denmark Now Has A Wild Wolf Pack Again — For The First Time In 200 Years : The Two-Way Citing CCTV footage and DNA samples, two researchers say a female has migrated more than 340 miles from Germany to join a small group of wolves in the Jutland peninsula. 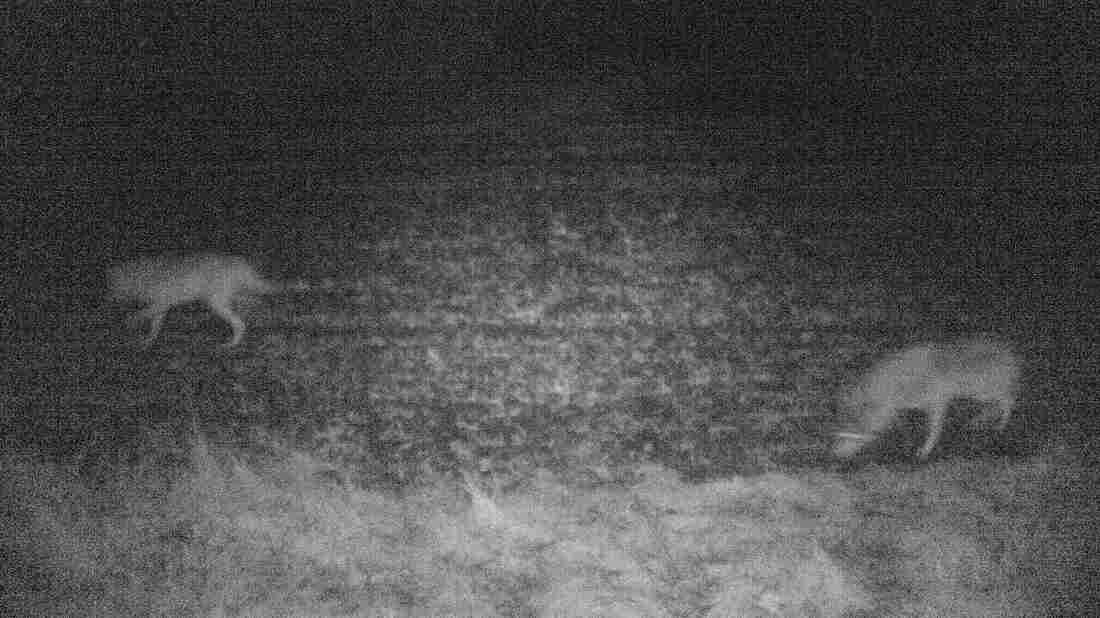 Two wolves, as caught in night-vision footage by a game camera in West Jutland, Denmark. Scientists say that since 2012, they have confirmed at least five different wild wolves in the country — four males and one female. Courtesy of Natural History Museum Aarhus hide caption 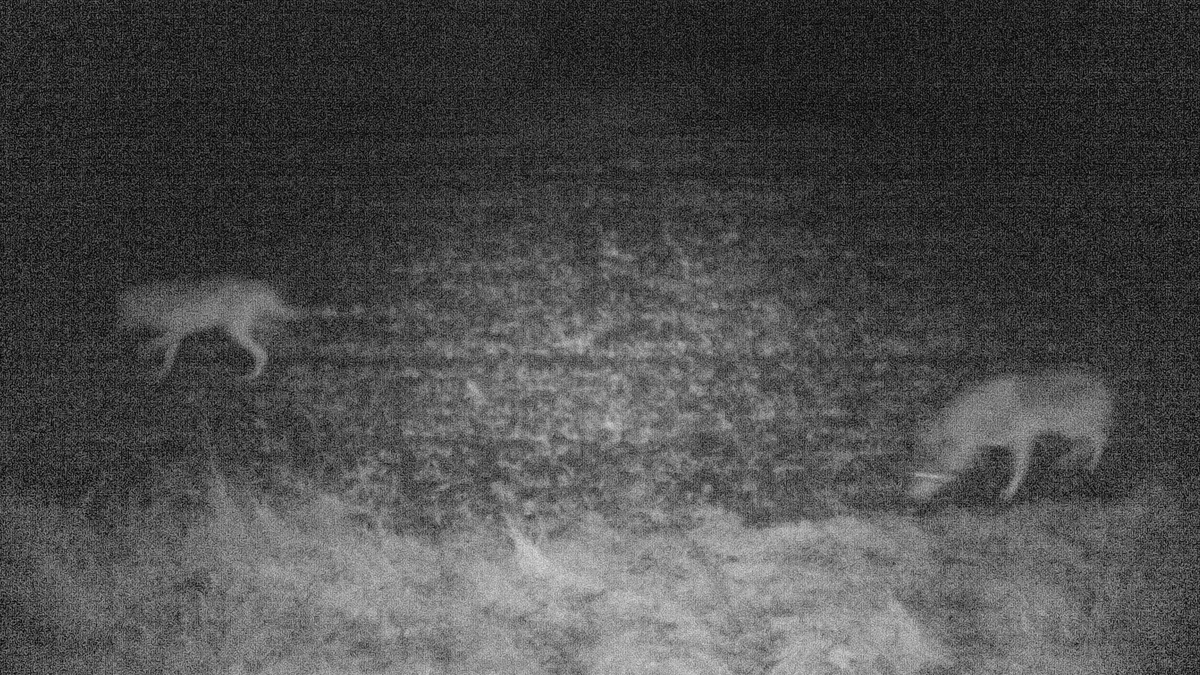 Two wolves, as caught in night-vision footage by a game camera in West Jutland, Denmark. Scientists say that since 2012, they have confirmed at least five different wild wolves in the country — four males and one female.

It's been an awfully long time since a wolf pack has called Denmark home — roughly two centuries, in fact.

"Wolves were exterminated in Denmark because of intense persecution," Peter Sunde, a senior researcher at Aarhus University, tells Newsweek. He says that before a male wolf was spotted wandering the Jutland peninsula north of Germany in 2012, the last verified wild wolf sighting in the country took place in 1813.

While the 2012 discovery was cause for celebration, another question remained: This male can't simply be a lone wolf, right?

Now, Sunde and Kent Olsen of Natural History Museum Aarhus say they've confirmed the presence of not just other wolves in Denmark, but a full-fledged wolf pack — meaning the group has a she-wolf in its midst, as well.

They point to CCTV footage and DNA tests of stool samples recovered by volunteers in the past half-year, which together show four males and a female have been moving through the region.

The researchers believe the female, which bears the elegant code name GW675f, crossed the border into Jutland from Germany across a distance of roughly 340 miles last summer. Now, footage of a pair of wolves suggests she has also found a mate in her new home.

"We expect that they will have cubs this year or the next," Sunde told national broadcaster DR, according to a translation by the BBC.

To Newsweek, Sunde added: "They may also postpone until next year since they probably have not been established for more than eight months by now. If we observe two wolves together in May-June, they are most likely not mating as the female will stay with the cubs in or near the den while the male is foraging on his own."

Now that the wolves have arrived, though, concerns have already turned to the reason why they disappeared in the first place — specifically, that "intense persecution."

But Sunde tells The Guardian he harbors optimism for the pair, which are among more than 12,000 wild wolves in continental Europe, according to the British paper.

"Technically, we can relatively easily manage the wolf population but the challenge is the psychology of humans," he says. "There are so many feelings and opinions about wolves in Denmark, as everywhere. The wolf debate is very much value-driven rather than related to concrete problems."