Accessibility links
India's Supreme Court Upholds Death Sentences Over 2012 Gang Rape : The Two-Way The court rejected the appeals of four men who committed the crime it described as "brutal, barbaric and diabolic," in which a 23-year-old woman was attacked and left to die. 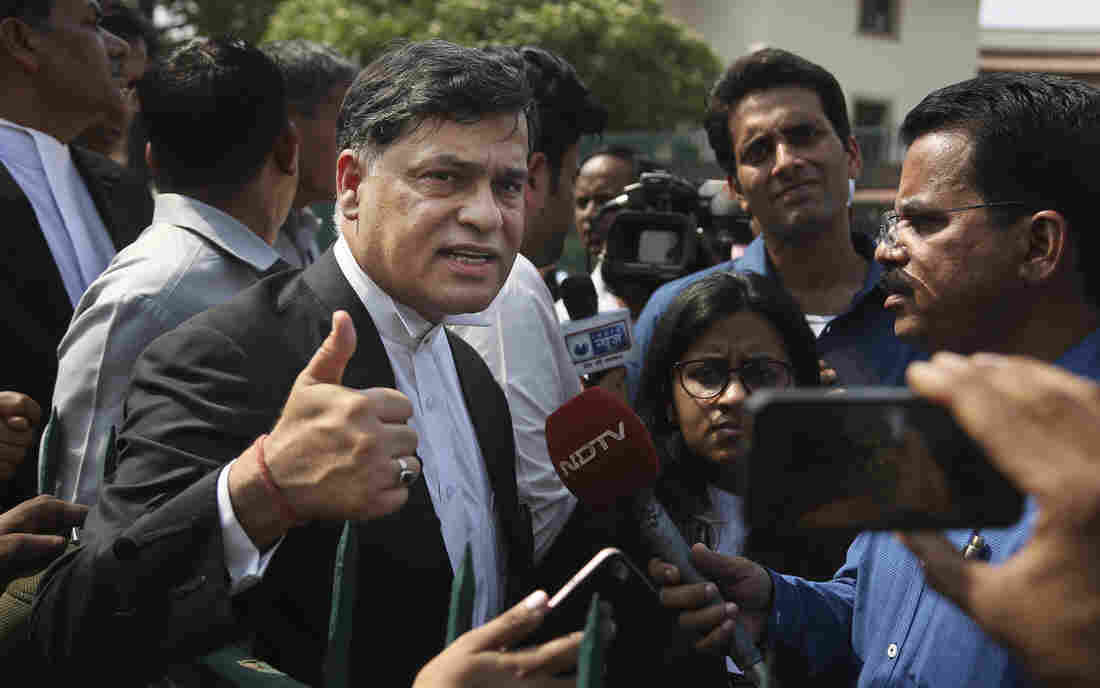 Siddhartha Luthra, a prosecutor in the fatal 2012 gang rape on a moving bus, gives a thumbs-up after the Supreme Court verdict Friday in New Delhi. Altaf Qadri/AP hide caption 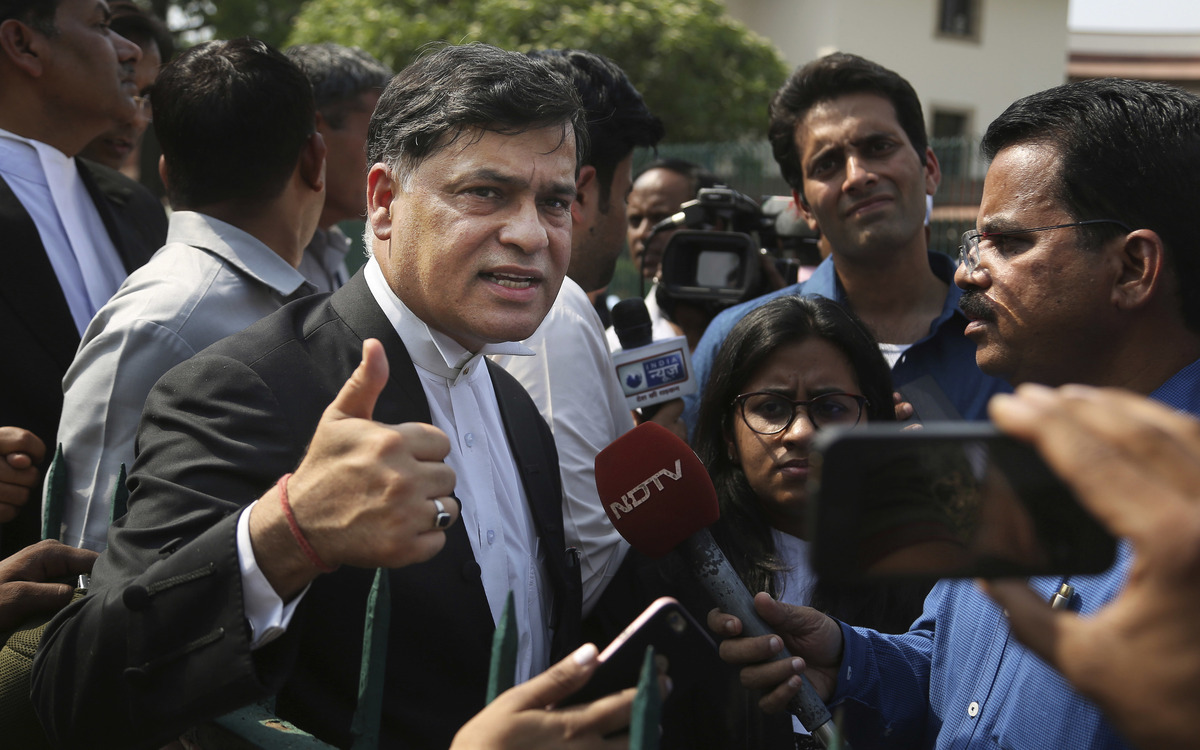 Siddhartha Luthra, a prosecutor in the fatal 2012 gang rape on a moving bus, gives a thumbs-up after the Supreme Court verdict Friday in New Delhi.

Four men convicted of a notorious gang rape in New Delhi will be hanged to death, after India's Supreme Court rejected their appeals over the 2012 crime that drew worldwide attention and prompted mass demonstrations and calls to stop the harassment of women — calls that the court repeated today.

The Supreme Court upheld the sentences over what it described as "the brutal, barbaric and diabolic nature of the crime," in which a 23-year-old woman, a physiotherapy student, was attacked and her boyfriend beaten after they boarded a bus. The woman was gang raped as the bus drove through New Delhi, and she and her boyfriend were later thrown off the bus, naked. Nearly two weeks later, the woman died.

The crime was met with shock — and with new public discussions in India about the way women are treated and about an increase in crimes that target them.

Death For 4 Men Convicted In Indian Gang Rape And Murder

"The demonstrations demanding justice for the victim reflect not only the public revulsion at the brutality of her attack, but also the simmering rage over the prevalence of sexual violence in India," NPR's Julie McCarthy reported in 2012. "There were some 228,000 crimes last year against women, up from the year before."

The four men were sentenced to death in September 2013, months after a fifth man who was accused in the case was found dead, hanging in his jail cell. In all, the authorities blamed six people for the crime; a juvenile was given the maximum three-year sentence for someone his age (and has since been released).

In the Supreme Court's nearly 430-page ruling, its lone female justice urged India to do more to sensitize the public to attacks on women and to make gender equality a priority.

That justice, R. Banumathi, also revisited elements of the case that she said affirmed the "rarest of rare" classification that demands the death penalty. She wrote:

"The accused may not be hardened criminals; but the cruel manner in which the gang-rape was committed in the moving bus; iron rods were inserted in the private parts of the victim; and the coldness with which both the victims were thrown naked in cold wintery night of December, shocks the collective conscience of the society."

While Banumathi said she concurred with her male colleagues in the ruling, she also expounded on her reasoning in the case and cataloged the court's approach to affirming the death sentence. In her more than 100-page opinion, Banumathi also gave a breakdown of statistics that show a rise in crimes against women.

The justice wrote, "Honesty, pride, and self-esteem are crucial to the personal freedom of a woman. Social progress depends on the progress of everyone."

Calling for a change in Indian society, Banumathi wrote: