Accessibility links
Emmanuel Macron Says Campaign Has Been Hacked, Hours Before Election : The Two-Way The campaign of centrist frontrunner Emmanuel Macron says it has been hacked, less than two days before the French presidential election. Fingers are being pointed at Russia. 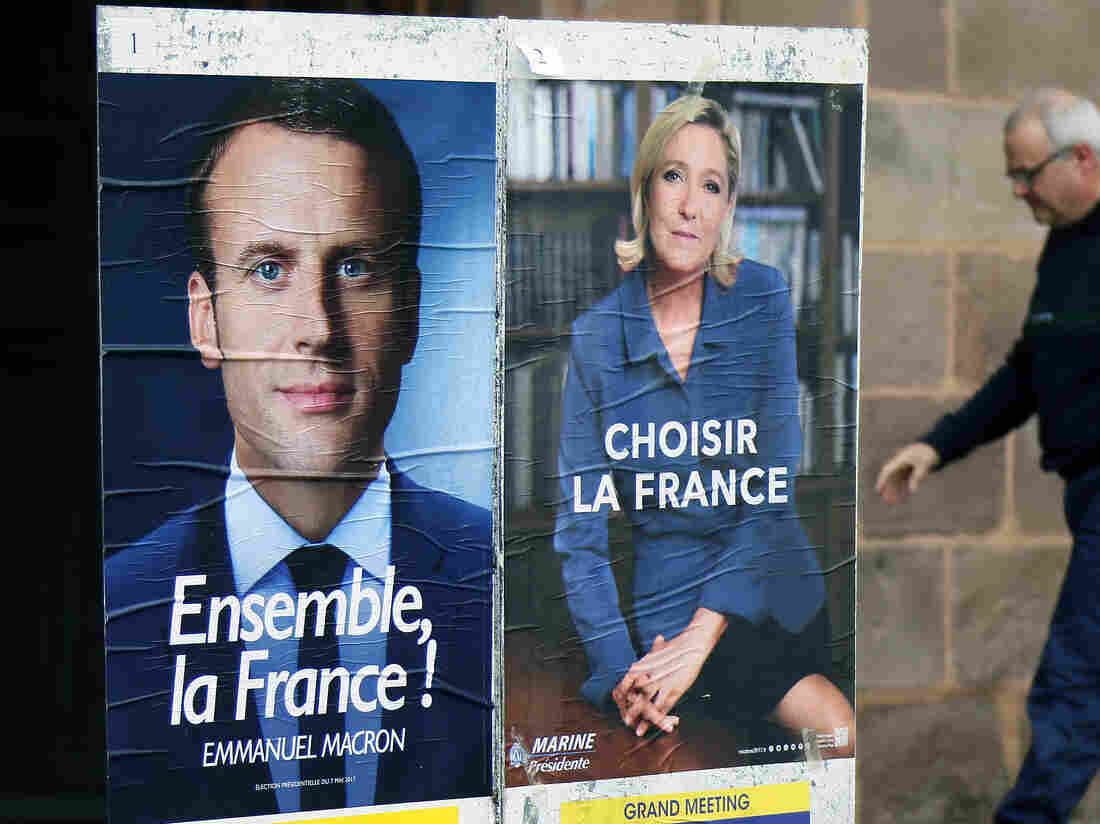 Centrist candidate Emmanuel Macron's campaign is pointing fingers at Russia in the 11th-hour hacking. Macron will face off with far-right candidate Marine Le Pen Sunday in the second round of the French presidential election, which is being closely watched around the world. Bob Edme/AP hide caption 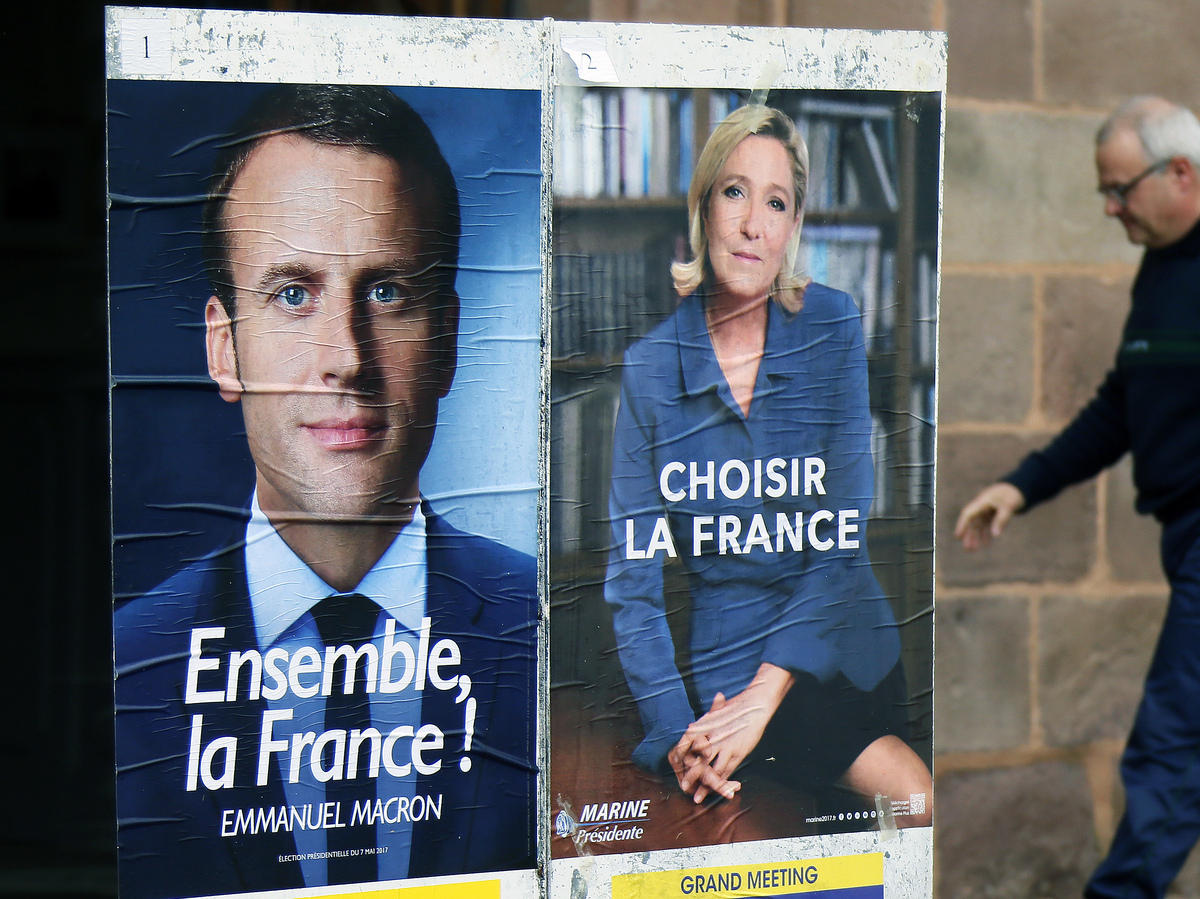 Centrist candidate Emmanuel Macron's campaign is pointing fingers at Russia in the 11th-hour hacking. Macron will face off with far-right candidate Marine Le Pen Sunday in the second round of the French presidential election, which is being closely watched around the world.

Less than two days before the high stakes French presidential election Sunday, the campaign of Emmanuel Macron said it had been the target of a massive hack.

Nine gigabytes of Macron's campaign data have been posted online. Fingers are being pointed at Russia, though the Kremlin denies involvement.

The eyes of the world have been on the French election, in part because Macron is a political novice. He and his opponent, far-right candidate Marine Le Pen, pushed out more established candidates in the first round of the election. Le Pen wants to pull France out of the European Union, a move that Vladimir Putin would applaud. She traveled to Moscow a few weeks ago and was photographed with Putin. As NPR's Eleanor Beardsley has reported, Le Pen has called the sanctions on Russia "silly" and has promised to lift them.

France has an official blackout period the day before an election, which is intended to give voters time to reflect. The media and the campaigns are forbidden from talking about the election at all beginning Friday night at midnight, and going until the polls close in the evening on Sunday, May 7. The massive data dump came just moments before that blackout began, giving Macron's campaign little time to respond.

Macron's political movement En Marche! (Onwards!) confirmed the hack in a statement: "The En Marche! Movement has been the victim of a massive and coordinated hack this evening which has given rise to the diffusion on social media of various internal information."

Nicolas Tenzer, a specialist in cyber attacks and disinformation, told Eleanor Beardsley, "It seems that all this hacking was directed on Macron by Russia's propaganda teams, and we all know that WikiLeaks actively is working for Russia."

This isn't the first time Macron's campaign has said it was the target of hacks. When the centrist candidate began to emerge as a frontrunner, his campaign began reporting that they were being targeted by the Kremlin with disinformation and hacking campaigns. At the time, the French government warned Russia against meddling in their election.

According to Reuters, the French presidential election commission is investigating the most recent data dump, saying in a statement they would meet Saturday to discuss it. But thanks in part to the media blackout, many voters that NPR reporters spoke to on Saturday said they hadn't heard about the leak. NPR's Frank Langfitt reports, "the leaks didn't seem to get any traction" in central Paris.

"I don't think people are going to be influenced by it," Juliette Raffort, a physician and Macron supporter, told Frank Langfitt. "I think they are going to vote with their political opinion rather than taking into account these documents."

Around the world however, the hashtag #MacronLeaks began trending today according to The New York Times. The Times attributes this in part to "far-right activists in the United States who have been trying to sway the French vote in favor of Ms. Le Pen."

Polls open at 8 a.m. Sunday, in an election that has garnered international attention for what its outcome could mean for the EU and the role of Russia in geopolitics.

A previous version of this post incorrectly implied that WikiLeaks was first to post the documents. NPR cannot confirm who originally uploaded the leaked documents to the Internet. WikiLeaks says that it has been working to confirm the authenticity of the documents.