Accessibility links
Texas Gov. Abbott Signs Measure Targeting 'Sanctuary Cities' : The Two-Way The law, effective Sept. 1, allows police to ask during routine stops if someone is in the country legally and threatens sheriffs with jail if they don't cooperate with immigration agents. 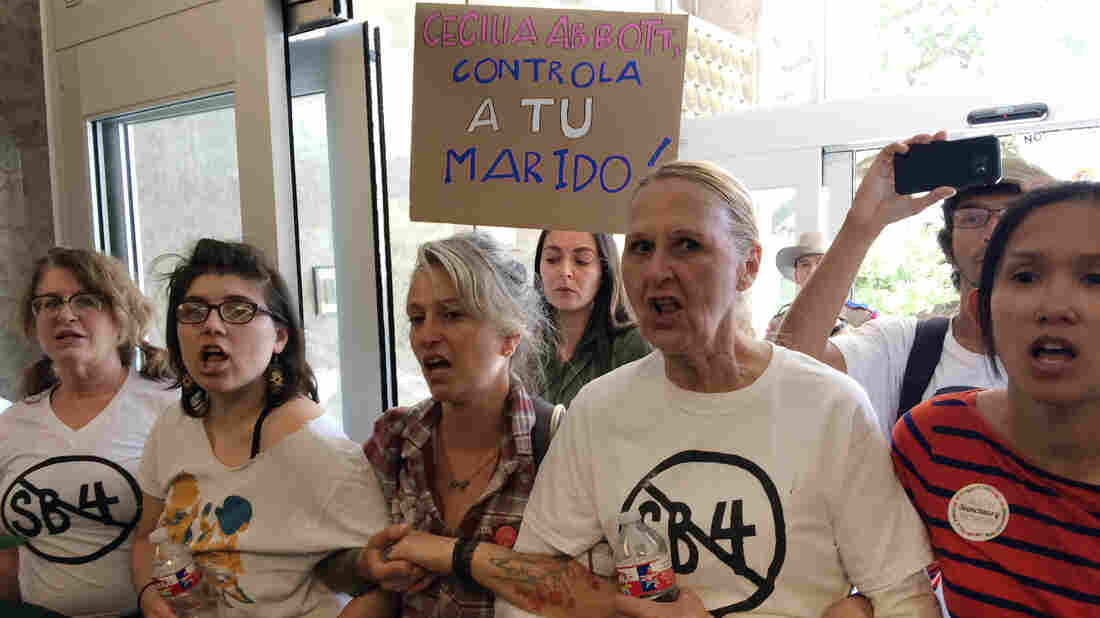 Protesters rally during a sit-in at the Texas Department of Insurance building in Austin last week. They oppose the bill that Gov. Greg Abbott signed into law Sunday. It compels police to enforce federal immigration laws. Meredith Hoffman/AP hide caption 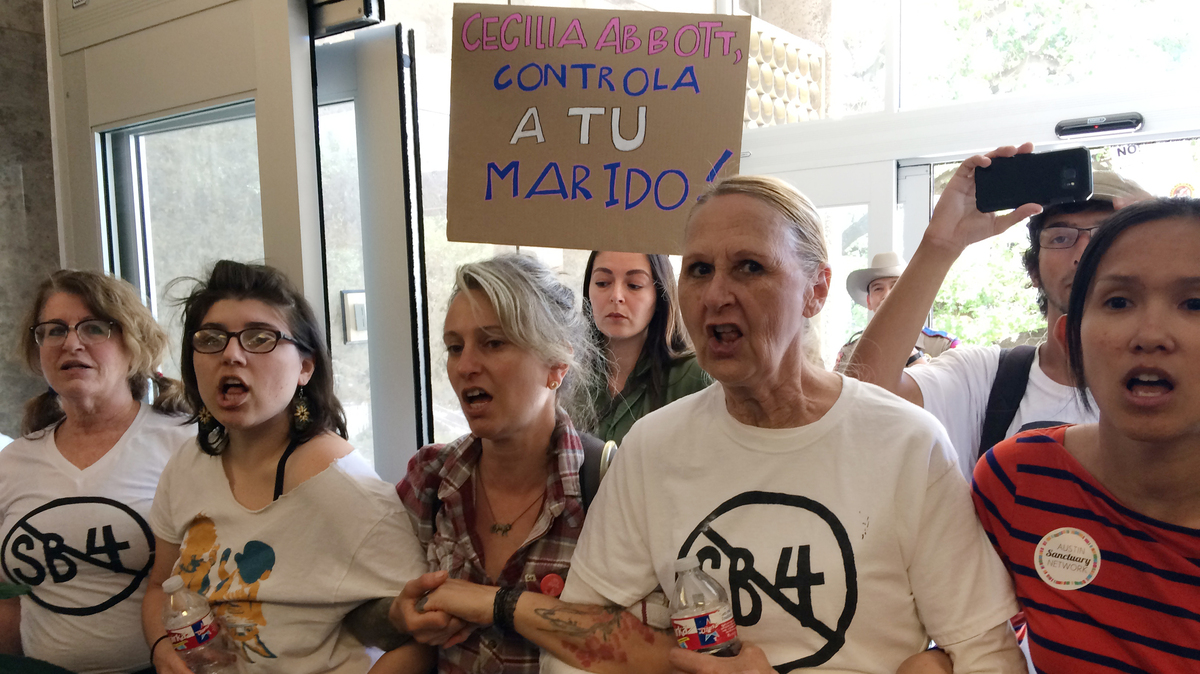 Protesters rally during a sit-in at the Texas Department of Insurance building in Austin last week. They oppose the bill that Gov. Greg Abbott signed into law Sunday. It compels police to enforce federal immigration laws.

Republican Gov. Greg Abbott signed a bill into law that lets police ask during routine stops whether someone is in the country legally and threatens sheriffs and police chiefs with jail if they don't cooperate with federal immigration agents.

The timing of the signing caught Democratic lawmakers off guard.

Abbott signed the bill Sunday night during a Facebook Live event with no advance public warning.

He signed the measure four days after both chambers of the Legislature approved it. The new law goes into effect Sept. 1.

The term "sanctuary city" has no legal definition, and Texas doesn't currently have any cities that have formally declared themselves sanctuaries for immigrants.

"The new Texas law was blasted by opponents as the nation's toughest on immigrants since Arizona's crackdown in 2010, disparagingly known as the 'papers, please' provision. They are now vowing a court challenge in Texas similar to what unfolded in Arizona.

"Every major police chief in Texas, which includes some of the largest cities in the U.S., opposed the measure that allows police to inquire about the immigration status of anyone they detain, a situation that can range from arrest for a crime to being stopped for a traffic violation.

"It also requires police chiefs and sheriffs — under the threat of jail and removal of office — to comply with federal requests to hold criminal suspects for possible deportation. Republicans have a strong majority in the Legislature and shoved aside Democratic objections, even as President Donald Trump's efforts to withhold federal funding for sanctuary cities have hit roadblocks in federal courts."

Opponents of the law were quick to condemn the signing.

Thomas Saenz, president of the Mexican American Legal Defense and Educational Fund, told the Dallas Morning News that the law was a "colossal blunder" and that the lawmakers who championed it were small-hearted.

Protests over the bill have been intense for months. Last week, protesters staged a sit-in at a state building where some of the governor's staff works.

The new law is expected to face legal challenges.