Accessibility links
Rights Group Urges Saudi King To End Men's 'Guardianship' Over Women : The Two-Way Saudi Arabia requires all women to have a male guardian, even if that guardian is their own son. King Salman recently ordered a review of his country's guardianship rules. 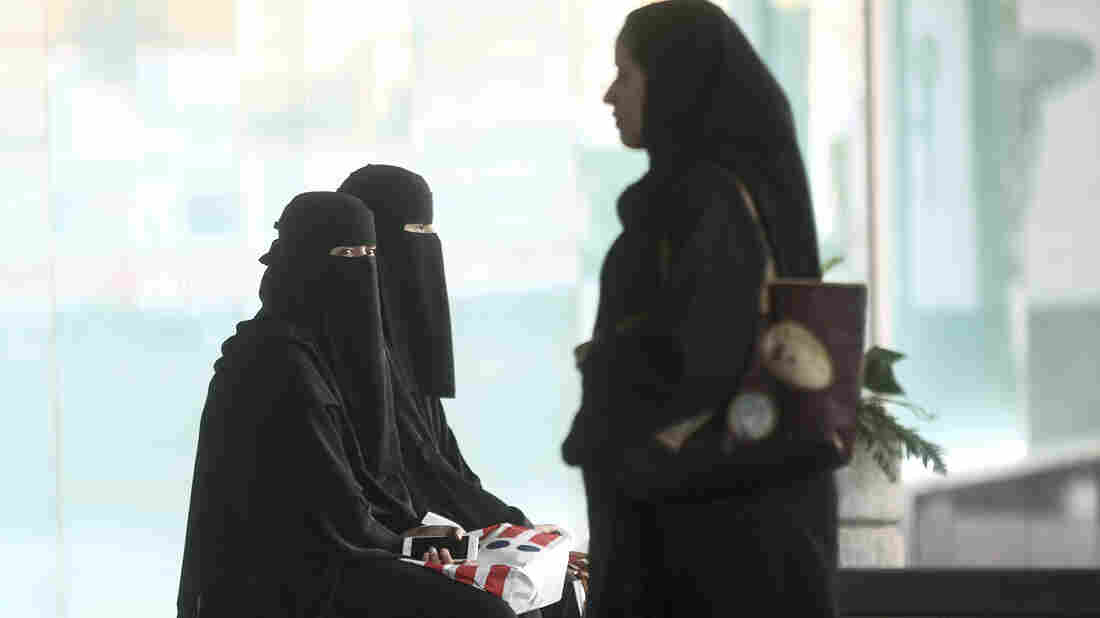 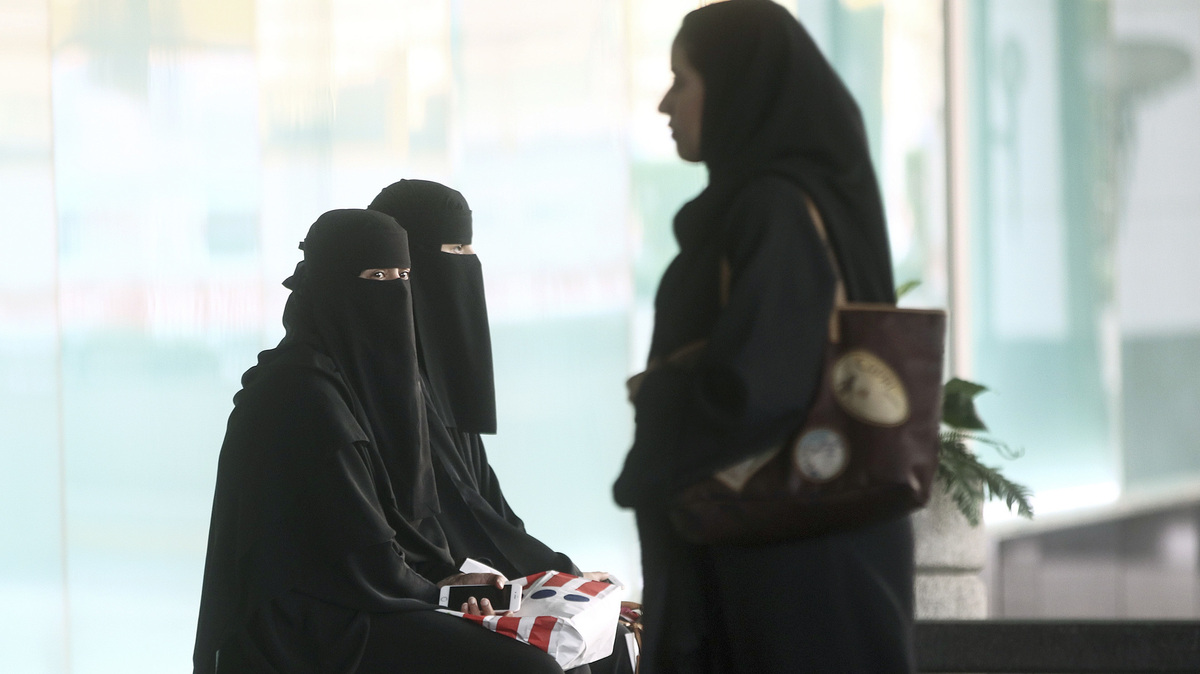 Female shoppers in traditional Saudi Arabian dress wait for their transport outside the Kingdom Centre shopping mall in Riyadh. Women's decision-making abilities are limited by the country's guardianship rules.

Saudi Arabia's King Salman recently ordered a review of his country's rules on male guardianship, which keep women from making many basic decisions on their own. And now Human Rights Watch is urging the king to abolish the system that enforces a condition of legal dependence for women.

"We have seen Saudi Arabia's baby steps on women's rights reform obstructed or nullified as a result of the male guardianship system," said Sarah Leah Whitson, Human Rights Watch's Middle East director. "King Salman's order will also have a limited impact unless the authorities finally act boldly and end this discriminatory system once and for all."

It's well-known that women are banned from driving in Saudi Arabia. But the kingdom also requires all women to have a male guardian to handle basic legal transactions. In many cases, the role passes down from a woman's father to her husband or brother, but the guardian can sometimes be a woman's own son.

Saudi Women Can't Drive To Work; So They're Flocking To The Internet

The push to end the system comes after Salman recently gave government agencies three months to list any procedures that require guardians' approval. That order, which Human Rights Watch says it reviewed, effectively compelled agencies to provide services to women without a guardian's consent. It came as Saudi Arabia's record on human rights is returning to the spotlight.

"Saudi Arabia was controversially elected to the U.N. women's rights commission last month," NPR's Alison Meuse reports from Beirut. "The new order comes ahead of a visit to Saudi Arabia by President Trump."

Some of the requirements for male approval are written into law, for things such as getting a passport or going to college. But many are enforced by tradition, such as when businesses require a woman to get a man's approval to work or when a doctor says a man must say it is OK for a woman to get medical services.

"The king should also require state agencies to actively prevent discrimination by private individuals and businesses," Whitson said in a statement released by Human Rights Watch.

In recent years, women have played a more visible role in Saudi politics — most especially in late 2015, when for the first time, women voted and were elected to office. Those gains came as an increasing number of Saudi women also entered the workforce.