Accessibility links
Jakarta's Christian Governor Sentenced To 2 Years For Blasphemy : The Two-Way The Indonesian court's decision has cheered Muslim conservatives and crushed the hopes of advocates of a more pluralistic and tolerant path for their nation. 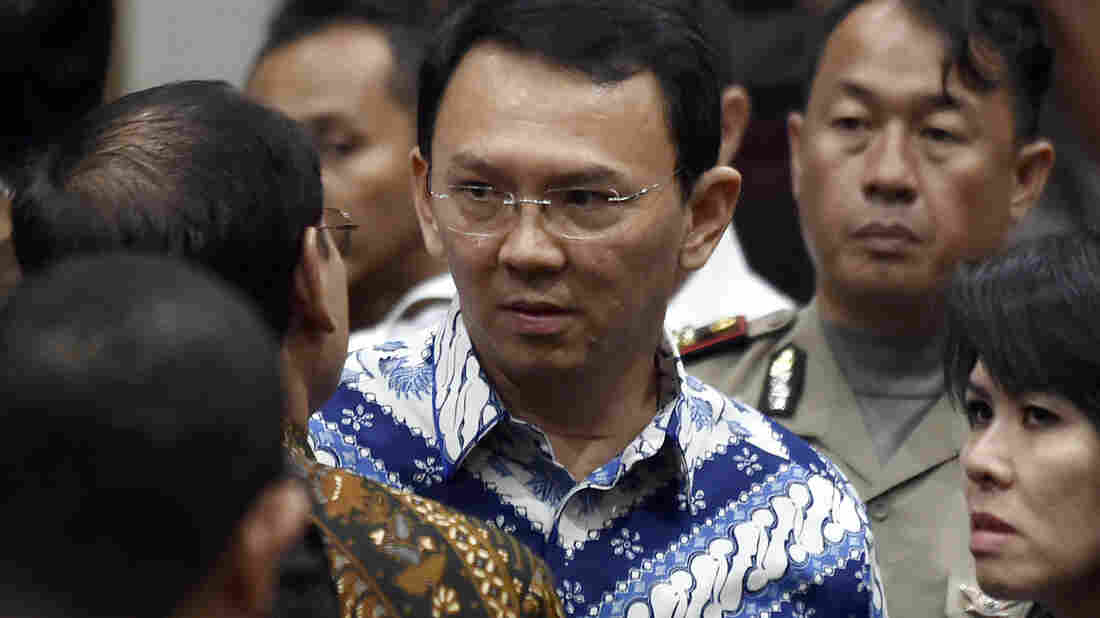 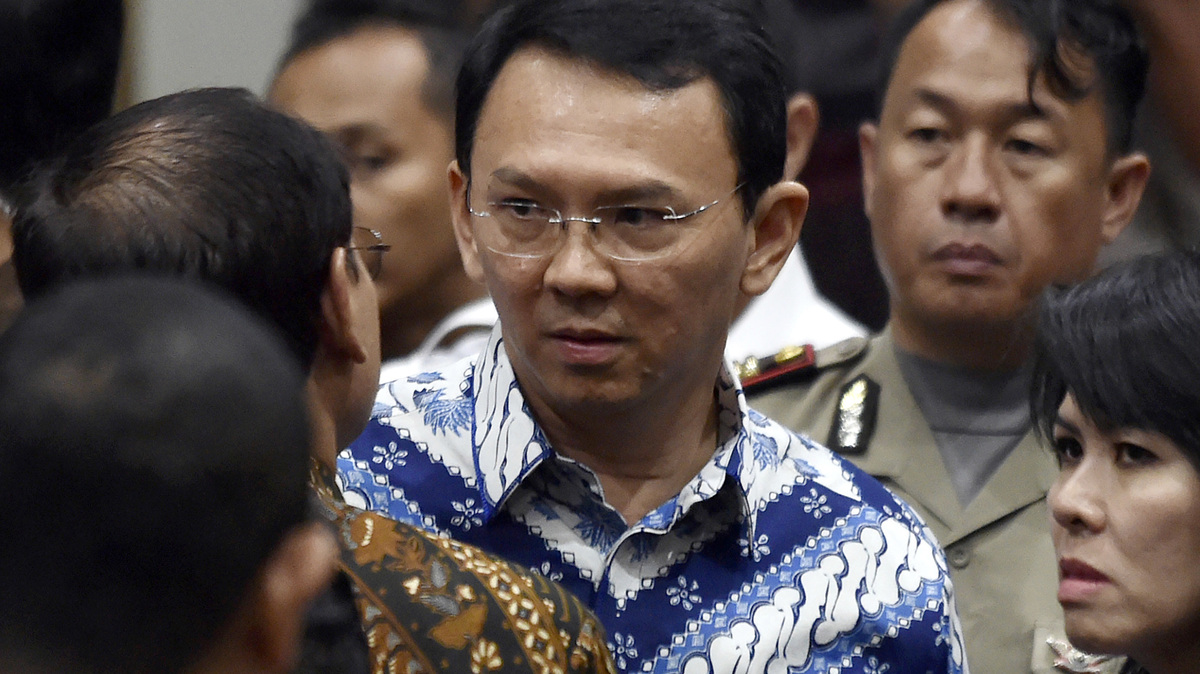 A court in Indonesia has sentenced the capital's Christian governor to two years in prison for blasphemy against Islam, in a decision that has cheered Muslim conservatives and crushed the hopes of advocates of a more pluralistic and tolerant path for their nation.

Jakarta Gov. Basuki Tjahaja Purnama, nicknamed "Ahok", had not been expected to do time in jail, as prosecutors had sought only a suspended sentence.

But in Indonesia, few accused of blasphemy walk free. Reuters reports that Ahok was taken to a prison in east Jakarta where, according to his lawyer Tommy Sihotang, he would remain "despite his appeal process unless a higher court suspended it."

"This case is not about Ahok," says Andreas Harsono, a Jakarta-based researcher for Human Rights Watch. "This case is about the future of Indonesia. This is a sad day for equality among citizens in Indonesia."

The blasphemy charges relate to comments Ahok made last September. He told a group of fishermen that politicians who tell them that the Quran forbids voting for non-Muslims are lying to them.

"As governor, as a public officer," Judge Abdul Rosyad said Tuesday "the defendant should have known that religion is a sensitive issue so he should have avoided talking about religion."

Ahok was widely praised for his work in tackling Jakarta's snarled traffic and chronic urban flooding, since replacing his predecessor, now-President Joko "Jokowi" Widodo in 2014.

But the blasphemy case against hobbled Ahok's bid for re-election. He was defeated last month in a runoff vote against Muslim candidate and former academic Anies Baswedan.

Critics see Ahok's fate as tied to a prolonged decline in religious tolerance in Indonesia. With that decline, Harsono says, has come "a rise of conservative forces which use Islam to advocate their political interests."

The nation's main clerical group, the Indonesian Ulema Council, issued a fatwa, or religious edict, last October accusing Ahok of blasphemy. Prosecutors later cited the fatwa in their indictment of Ahok. Critics point out that religious edicts have no bearing on Indonesia's laws.

Islamist groups orchestrated several mass protests against Ahok that convulsed the capital's streets. On Monday, Jokowi named the pan-Islamic group Hizbut Tahrir as being behind the protests and ordered their local arm disbanded.

Ahok's sentence bodes ill for Jokowi, whose term as president will end in 2019. "Jokowi is very likely," Harsono predicts, to be "accused of being the ally of a blasphemer."