Accessibility links
California's Assembly Votes To Allow Communists To Hold State Jobs : The Two-Way The bill's sponsor says the legislation is "an appropriate step forward." But one opponent said it was an insult to "to allow subversives and avowed Communists" to work for the state. 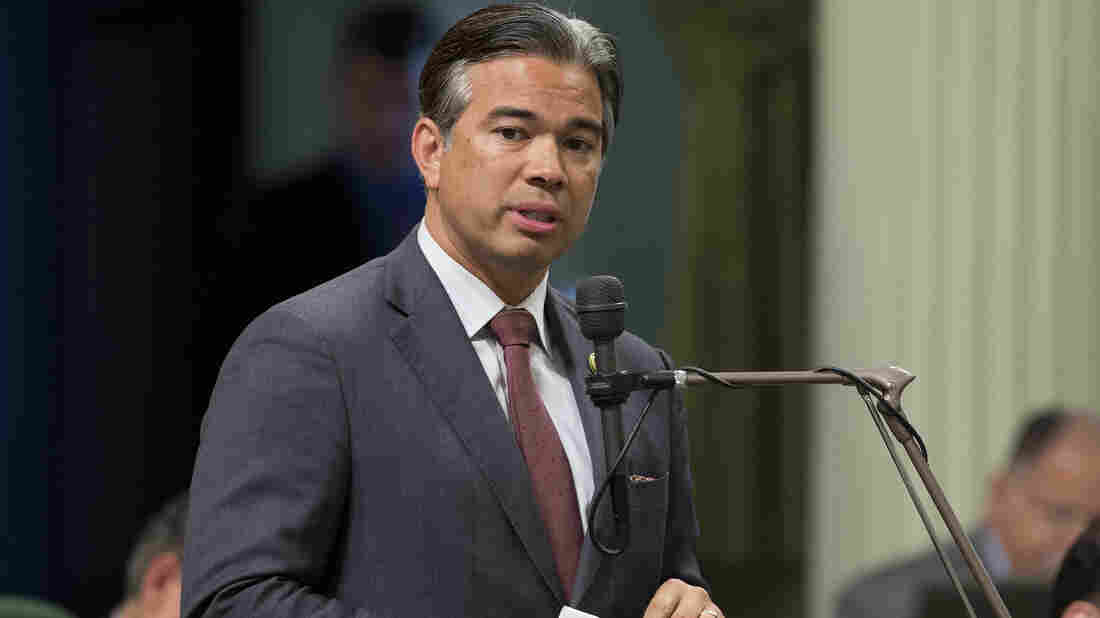 A bill in California that would remove a ban on members of the Communist Party working in state government was sponsored by Assemblyman Rob Bonta, D-Oakland, seen here in 2016. Rich Pedroncelli/AP hide caption 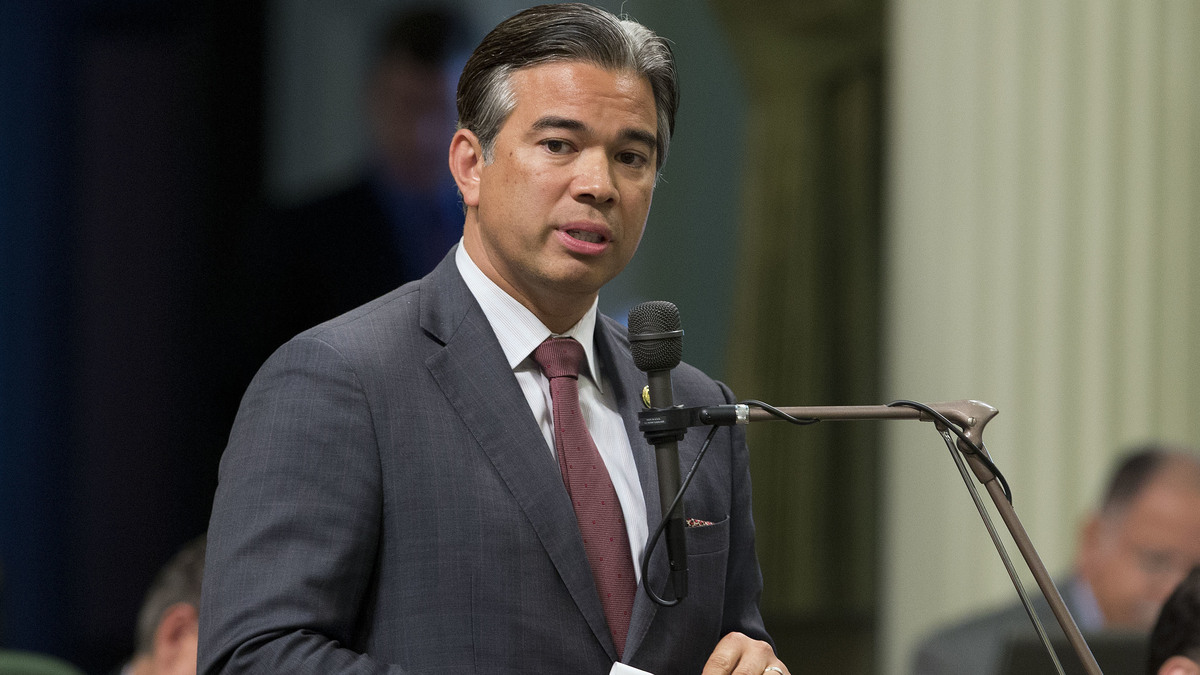 A bill in California that would remove a ban on members of the Communist Party working in state government was sponsored by Assemblyman Rob Bonta, D-Oakland, seen here in 2016.

California may end a decades-old ban on members of the Communist Party working in its government, after the state Assembly approved a bill that would delete references to the party from its employment requirements.

The bill's sponsor, Assemblyman Rob Bonta, D-Oakland, said that California's laws should focus on individuals' actions and evidence rather than political affiliations and what he termed "empty labels."

Speaking on the floor of the Assembly, Bonta called the legislation a "cleanup bill that removes archaic and outdated references to the Communist Party in our state laws, specifically those stating that a public employee may be dismissed from employment if he or she advocates or is knowingly a member of the Communist Party."

The bill passed in a 41-30 vote, after a debate that touched on the Cold War, the U.S. history of fighting communism — and the potential for future conflicts.

While Bonta called the measure "an appropriate step forward" for the state, three of his Republican colleagues in the California Assembly rose to speak against the bill, AB 22.

"This bill is blatantly offensive to all Californians," said Assemblyman Travis Allen, R-Huntington Beach, who said his constituents include people who fled Vietnam's Communist regime. "Communism stands for everything that the United States stands against."

Allen concluded, "To allow subversives and avowed Communists to now work for the state of California is a direct insult to the people of California who pay for that government."

"There are 1.9 million veterans in California," Voepel said. "Many of us fought the communists. They are still a threat. We have North Korea, that wants to do us in. We have China, who is a great, great threat to the United States."

After those objections were raised, Bonta told his colleagues that the legislation includes a provision that allows the dismissal of any state employee "if that public employee advocates or is knowingly a member" of an organization that works toward "the overthrow of the government of the United States or any state by force or violence."

The Northern California chairman for the Communist Party USA, Juan Lopez, has pushed to roll back similar bans in recent years — including one that forbids teachers from being in his party.

The Communist Party isn't a registered political party in California, Lopez told the Daily Bulletin back in 2013.