Accessibility links
President Trump Authorizes Arming Kurdish Fighters in Syria, Despite Turkish Opposition : The Two-Way Turkey views the Kurdish groups in Syria as terrorists, but the Pentagon sees them as the best chance to retake an ISIS stronghold.

U.S. To Arm Kurds In Syria, Despite Turkish Opposition

U.S. To Arm Kurds In Syria, Despite Turkish Opposition 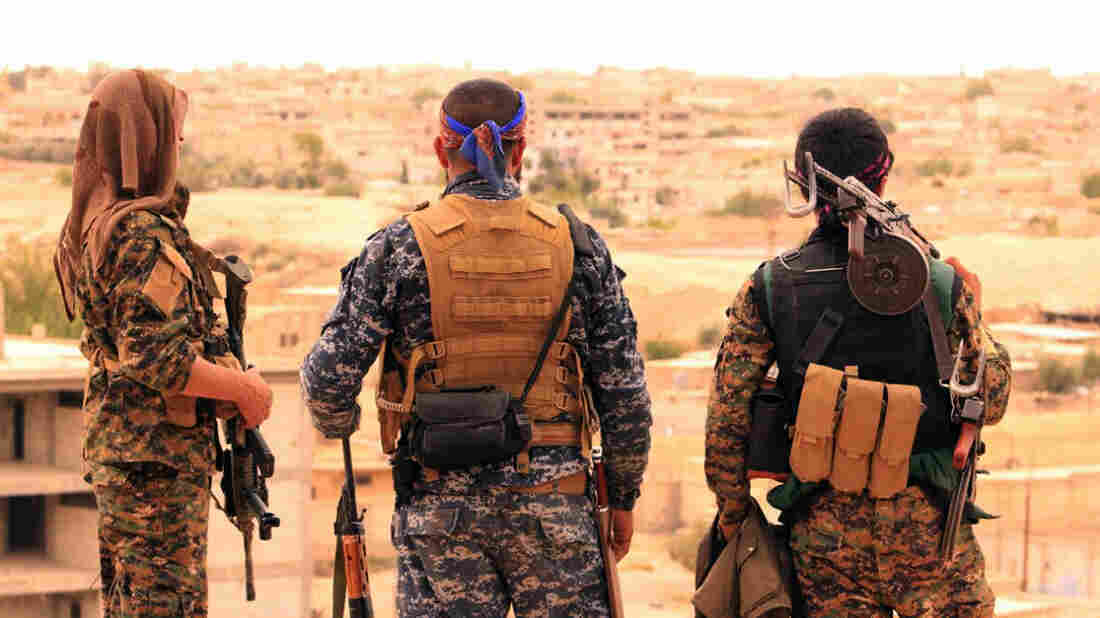 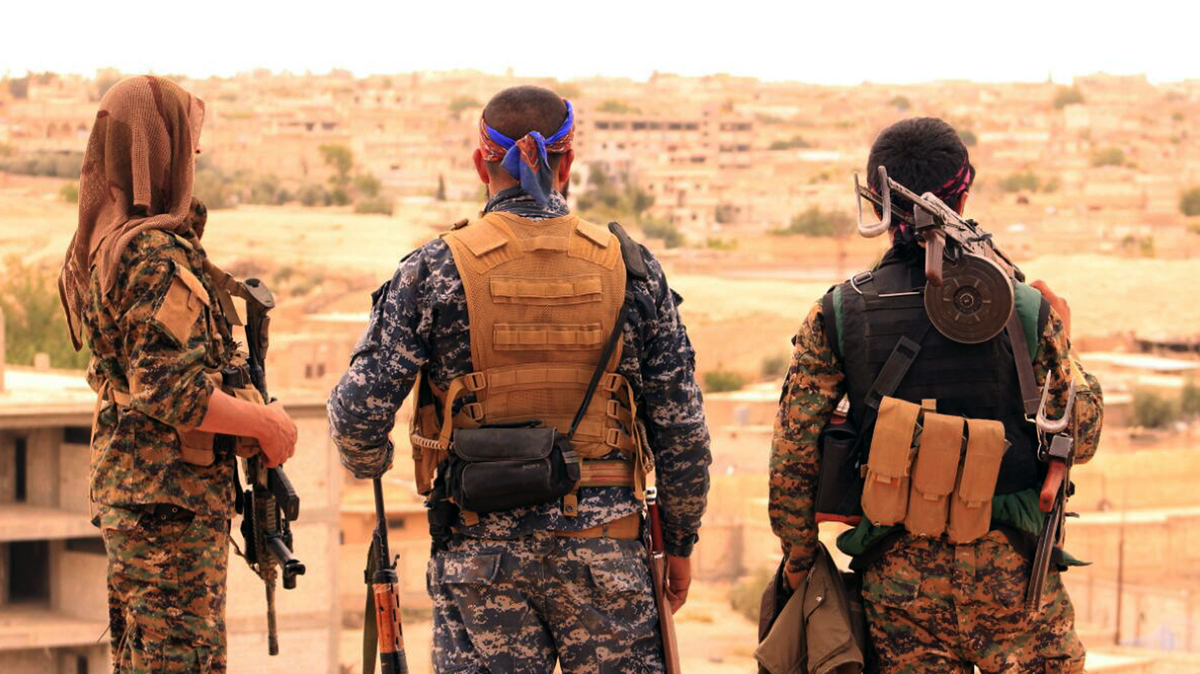 Members of the Syrian Democratic Forces look toward Tabqa, Syria. The U.S. announced Tuesday that it will begin arming Kurds allied with the SDF as the Pentagon prepares an offensive to retake the ISIS stronghold Raqqa.

In an effort to retake ISIS' last major stronghold, President Trump has approved arming Kurdish forces in Syria despite opposition from Turkey.

The U.S. will supply the Kurdish elements of the American-backed Syrian Democratic Forces "as necessary," Pentagon spokeswoman Dana White said in a statement Tuesday.

Turkey views those Kurdish fighters in Syria as terrorists, or as allied with terrorists, because of their connection to the Kurdistan Workers' Party, or the PKK militant group, which wants to carve out its own independent state within Turkey. The U.S., however, views the Kurdish forces in Syria as some of the country's best fighters and necessary to the upcoming offensive to retake Raqqa, the northeast Syrian city that ISIS considers its capital.

"We're keenly aware of the security concerns of our coalition partners in Turkey," said White House press secretary Sean Spicer on Tuesday. "We want to reassure the people and government of Turkey that the U.S. is committed to preventing additional security risks and protecting our NATO ally."

There are more than 1,000 American service members in Syria, after the Pentagon sent about 400 additional Marines in March to prepare for the Raqqa offensive.

A defense official told NPR's Tom Bowman that the U.S. plans to provide the Kurdish forces with small arms, including rifles and machine guns, as well as other military equipment.

At the same time, U.S. leaders on Tuesday sought to stress that they plan to continue to involve Turkey in the fight against ISIS.

"Our intent is to work with the Turks, alongside one another, to take Raqqa down, and we're going to sort it out and we'll figure out how we're going to do it," Defense Secretary James Mattis told reporters traveling with him on a stop in Denmark.

Turkey has yet to respond to the news, but it couldn't have come as a surprise. U.S. defense officials have been mulling the move for months but waited to announce it until after a referendum that enabled President Recep Tayyip Erdogan to consolidate his power in April.

Trump called Erdogan at the time to congratulate him on his victory, and he's offered no objection to the Turkish leader's often controversial authoritarian practices. Pentagon officials decided to wait until after the referendum, when Erdogan felt more secure in his power, to announce the expansion in support for the Kurds.

Previously, Turkey has shown a prickly reaction to the U.S. backing Kurds in Syria. As NPR's Tom Bowman, Alice Fordham, and Alison Meuse reported in March:

"After U.S.-backed Kurdish forces captured the Syrian town of Manbij from ISIS last August and then began moving farther north, Turkey launched what it called Operation Euphrates Shield, which pitted Turkish-backed forces against these Kurdish-led forces, as well as against ISIS.

"The resulting clashes required U.S. Army Rangers to intervene — including by openly flying American flags from their armored vehicles — to separate the forces. Pentagon officials denied these were 'peacekeeping forces' — and struggled to define their mission."

Turkey allows the U.S.-led coalition that is fighting ISIS to use one of its air bases for warplanes involved in the fight, but one risk for the Americans is that Erdogan could withdraw that permission over his objections about the Kurds.