Accessibility links
West Virginia Reporter Arrested For Yelling Question At HHS Secretary : The Two-Way Dan Heyman of the Public News Service was attempting to question Health and Human Services Secretary Tom Price about pre-existing conditions. Heyman was handcuffed and charged with a misdemeanor. 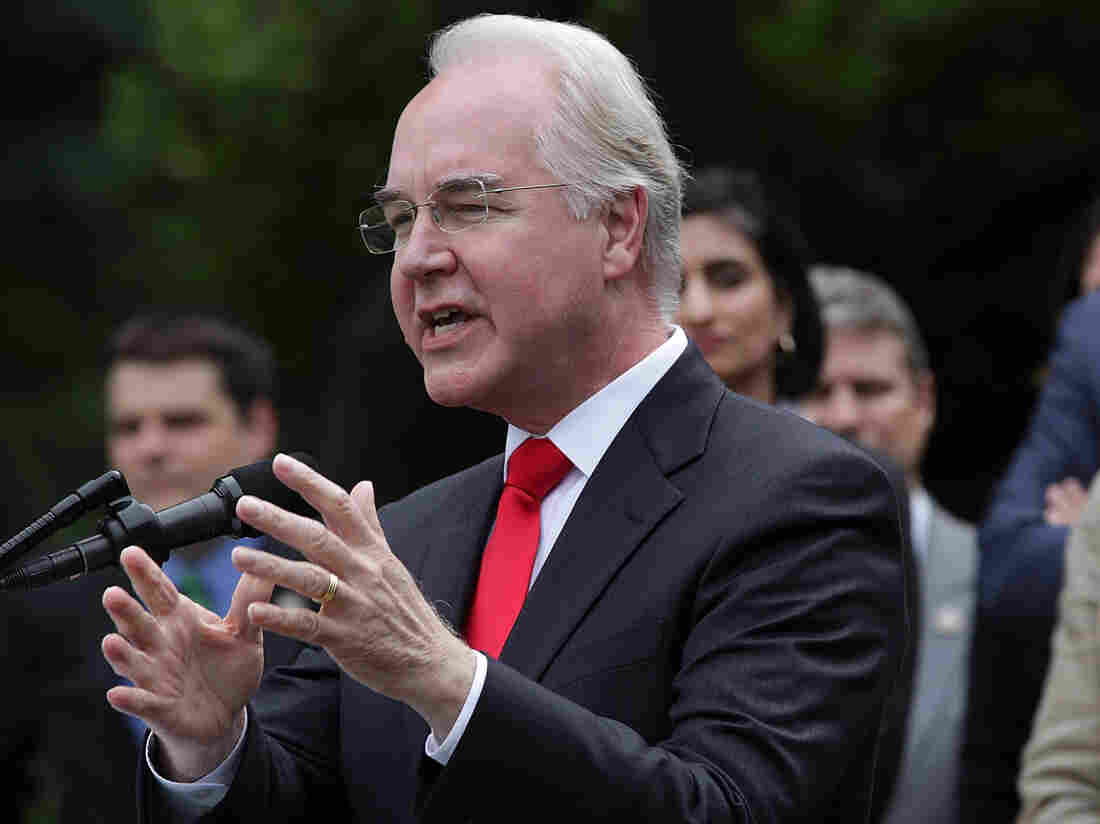 A reporter in West Virginia was arrested and charged with a crime on Tuesday after he repeatedly attempted to ask a question of Health and Human Services Secretary Tom Price. Alex Wong/Getty Images hide caption 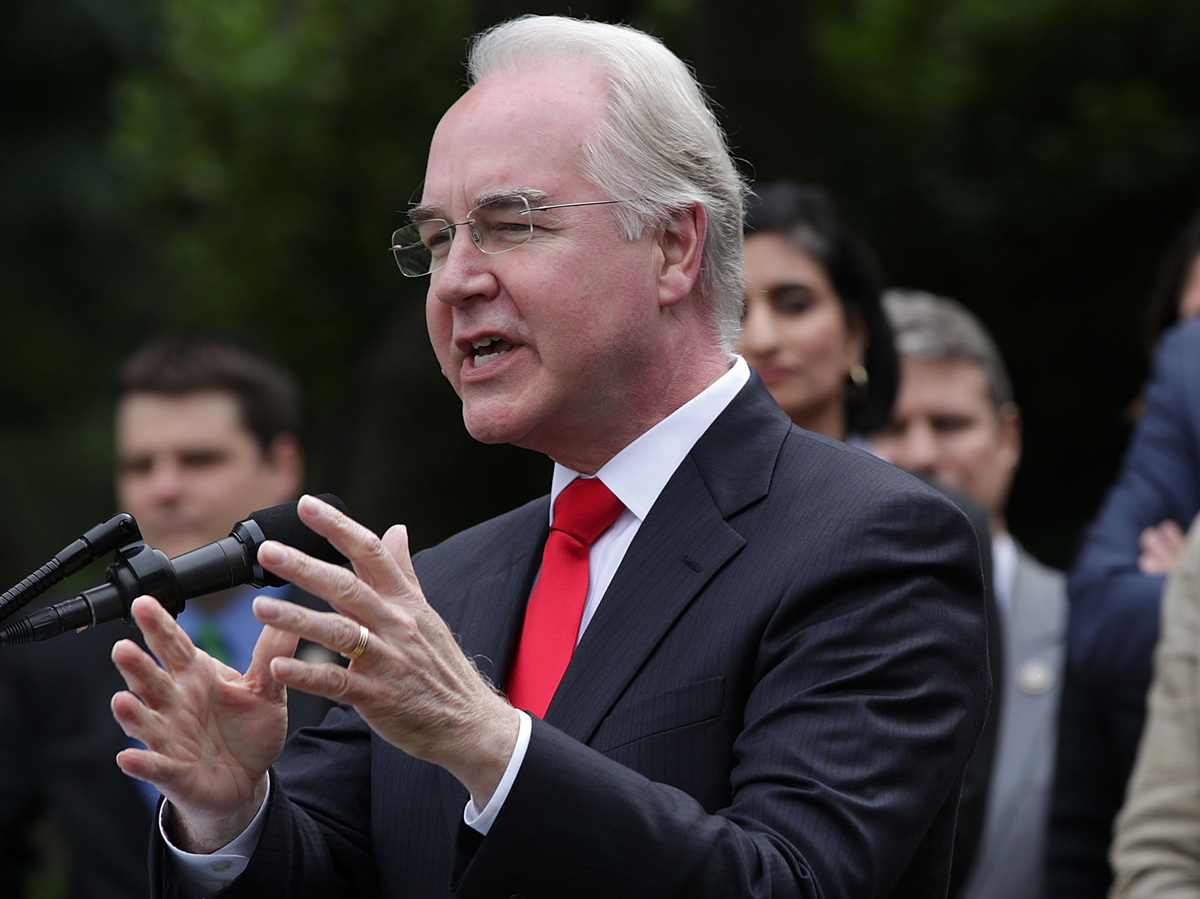 A reporter in West Virginia was arrested and charged with a crime on Tuesday after he repeatedly attempted to ask a question of Health and Human Services Secretary Tom Price.

A reporter in West Virginia was arrested and charged with a crime Tuesday after he repeatedly attempted to question Health and Human Services Secretary Tom Price.

Price was walking through a hallway in the state Capitol, which he was visiting with Trump adviser Kellyanne Conway as part of a "listening tour" on the opioid crisis. Several protesters were gathered in the hallway, as was Dan Heyman, a reporter for the Public News Service.

Heyman says he asked the HHS secretary whether domestic violence would qualify as a pre-existing condition under the Republican health care bill.

When Price didn't answer, Heyman repeated the question. The reporter says he was recording on his phone, which he was holding out toward Price; officials say he was "trying aggressively" to breach Secret Service security.

"I was yelling out questions, and that was it," Heyman said at a news conference shared online by the West Virginia branch of the American Civil Liberties Union. 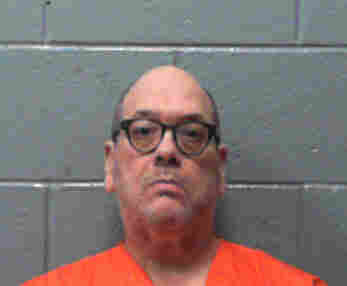 Dan Heyman, a reporter for the Public News Service, was arrested and charged with "willful disruption of governmental processes," a misdemeanor. West Virginia Dept. of Military Affairs and Public Safety hide caption

Heyman was handcuffed, arrested and charged with "willful disruption of governmental processes," a misdemeanor. Heyman has been released on a $5,000 bond.

The criminal complaint accuses Heyman of "aggressively breaching the Secret Service agents to the point where the agents were forced to remove him a couple of times from the area" and "causing a disturbance by yelling questions."

It cites a law against interrupting or molesting "the orderly and peaceful process" of state government, although it does not clarify which government process was interrupted.

Lawrence Messina, director of communications for the West Virginia Department of Military Affairs and Public Safety, says that he didn't witness the event but that Capitol police described Heyman "physically trying to push past the Secret Service agents."

Heyman says he was holding his phone out to record Price but was not getting physical, "unless poking a phone at someone is considered an act of violence."

As for yelling out questions — well, yes.

"This is what I'm supposed to do," Heyman said. "I am supposed to go and find out if somebody is going to be affected by this health care law."

He said that before the Affordable Care Act was passed, a woman who experienced domestic violence could be denied insurance over it. (As of 2013, that was only legal in a handful of states; it was officially banned under the Affordable Care Act, also known as Obamacare.) Heyman was asking how the Republican proposal, which would allow some people with pre-existing conditions to be charged more, would treat domestic violence.

Messina told NPR that Price and Conway's visit included a news conference, and suggested Heyman "could have attended that." (West Virginia Public Broadcasting reported on that press conference; see its coverage here.)

Heyman is a veteran journalist who has previously worked for West Virginia Public Broadcasting and has filed reports for NPR.

At the time of his arrest, Heyman says, he identified himself as a journalist by wearing his press pass and a "Public News Service" shirt.