Accessibility links
New Amazon Building In Seattle Will Include A Homeless Shelter : The Two-Way The company is donating about half the space in a six-story building to a shelter with room for 65 families. Housing prices in Seattle have skyrocketed, along with the city's business fortunes. 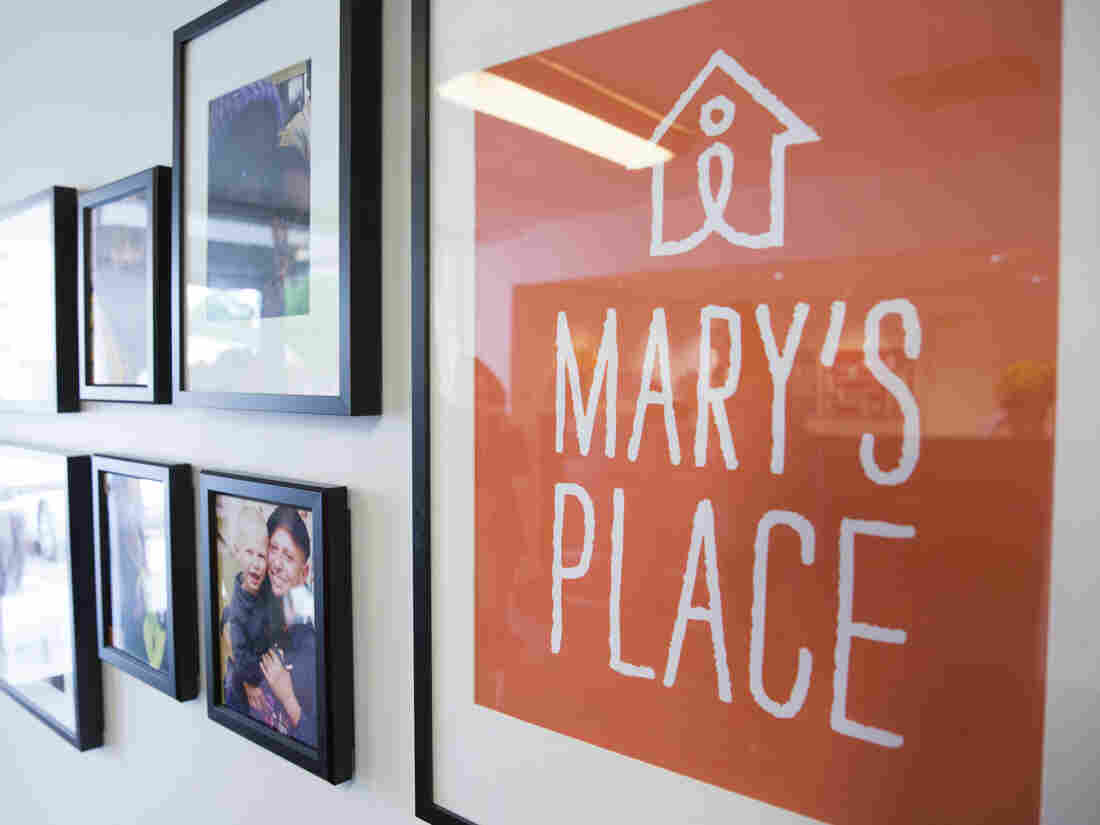 A Seattle motel converted into a homeless shelter is being torn down, but the shelter will find a permanent home in a new six-story Amazon office building. Above, a sign for the Mary's Place shelter adorns a wall in the former motel in May 2016. Jason Redmond/AFP/Getty Images hide caption 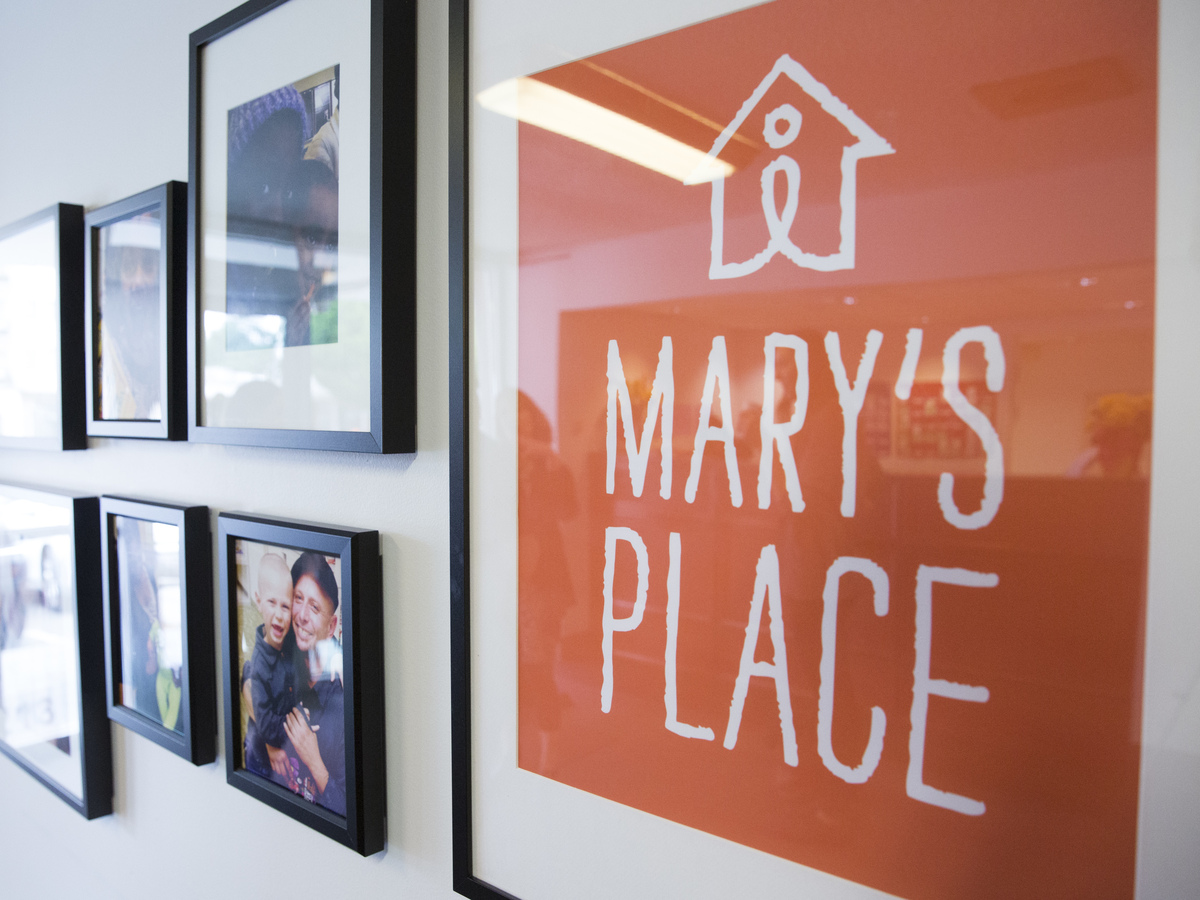 A Seattle motel converted into a homeless shelter is being torn down, but the shelter will find a permanent home in a new six-story Amazon office building. Above, a sign for the Mary's Place shelter adorns a wall in the former motel in May 2016.

The idea of mixed-use development isn't new. But today Amazon announced that a new building it plans to construct in Seattle will feature a decidedly uncommon mix: its own high-tech offices, and a homeless shelter with space for 65 families.

The company said it will donate more than 47,000 square feet of space, or about half of the new six-story building, to Mary's Place, which operates several family shelters.

Last year, Amazon invited Mary's Place to set up a shelter inside a former Travelodge it owns. That building will be torn down, but its replacement will include a permanent shelter space with room for about 200 homeless women, children, and families.

Homelessness is a huge problem in Seattle, where tent cities have sprung up under the interstates. King County and Seattle had the third-largest population of homeless people last year. A report from the U.S. Department of Housing and Urban Development counted 10,730 homeless people in Seattle and King County in 2016. Washington state had the second-highest total increase in homeless people (1,408) between 2015 and 2016, according to the report.

Seattle's leaders declared a homelessness state of emergency in 2015. The Seattle Times reported that the city's mayor called homelessness a human tragedy "seldom seen in the history of our city."

And many point to companies like Amazon for exacerbating the problem: The company is hiring thousands of people, and its high-paid employees drive up housing prices. Census data released in September showed that median incomes jumped $10,000 in a single year.

Over the years, Amazon has been criticized for trailing the city's other major companies philanthropically. In 2012, The Seattle Times did the numbers on corporate giving to United Way of King County. "Microsoft made a corporate donation of $4 million," it reported. "Boeing gave $3.1 million. Nordstrom, nearly $320,000. And Amazon.com? Zero."

The newspaper said Amazon "cuts an astoundingly low profile in the civic life of its hometown."

Building a homeless shelter within one of its new buildings appears to be an effort to change that narrative.

"Doing things like [the homeless shelter] may be in its enlightened self-interest, right on site for the world to see," Alan Durning, executive director of Sightline Institute, a nonprofit public policy research organization focused on the Pacific Northwest, told The New York Times.

A video accompanying Amazon's press release struck some observers as a little too crafted. Tech site VentureBeat called it "heartbreaking... and weird:"

"[T]he company chose to surprise [Mary's Place executive director Marty] Hartman in a highly staged setting, surrounded by camera equipment and a microphone designed to capture the emotional moment and then package it later as part of the press release. ... What makes it uncomfortable for me is the Oprah-like surprise that seems obviously designed to create a viral video moment."

Amazon's announcement comes just two weeks after Seattle's mayor trumpeted that Microsoft co-founder Paul Allen's foundation was promising $30 million toward building a new facility to house the city's homeless families and children. The city of Seattle committed an additional $5 million in capital and funds to support the center's operations and maintenance.

Amazon's less-traditional approach will house some of the city's homeless families under the same roof as tech workers who are driving the city's ever-more expensive housing market.

The company says its employees are "frequent visitors and volunteers" at the existing shelter. By sharing a space, Amazon says, its employees will have more opportunities to volunteer and support Mary's Place.