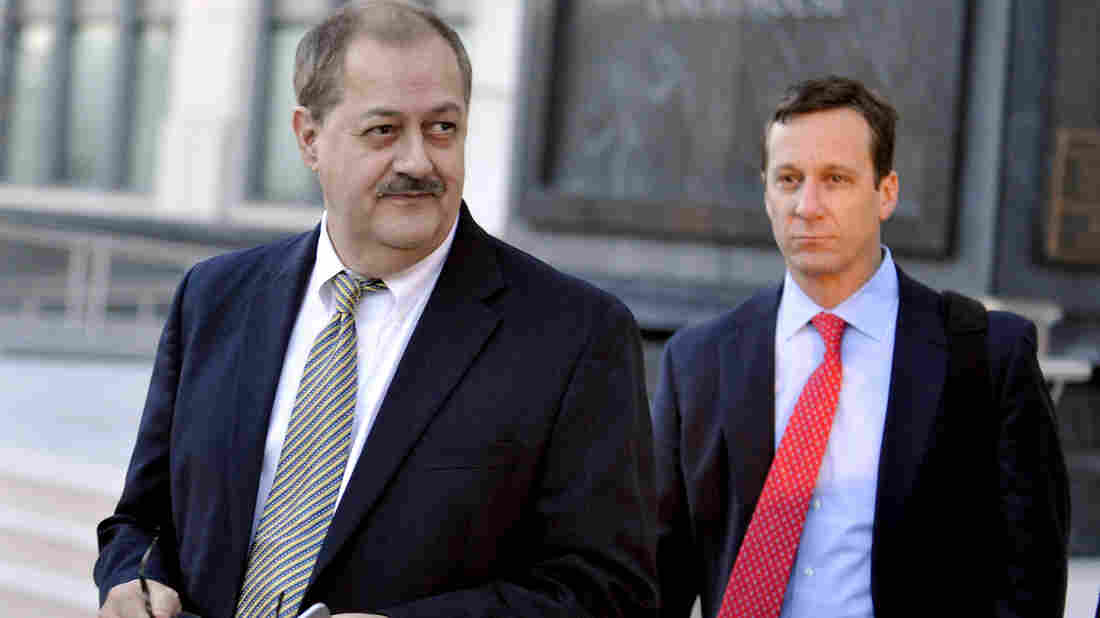 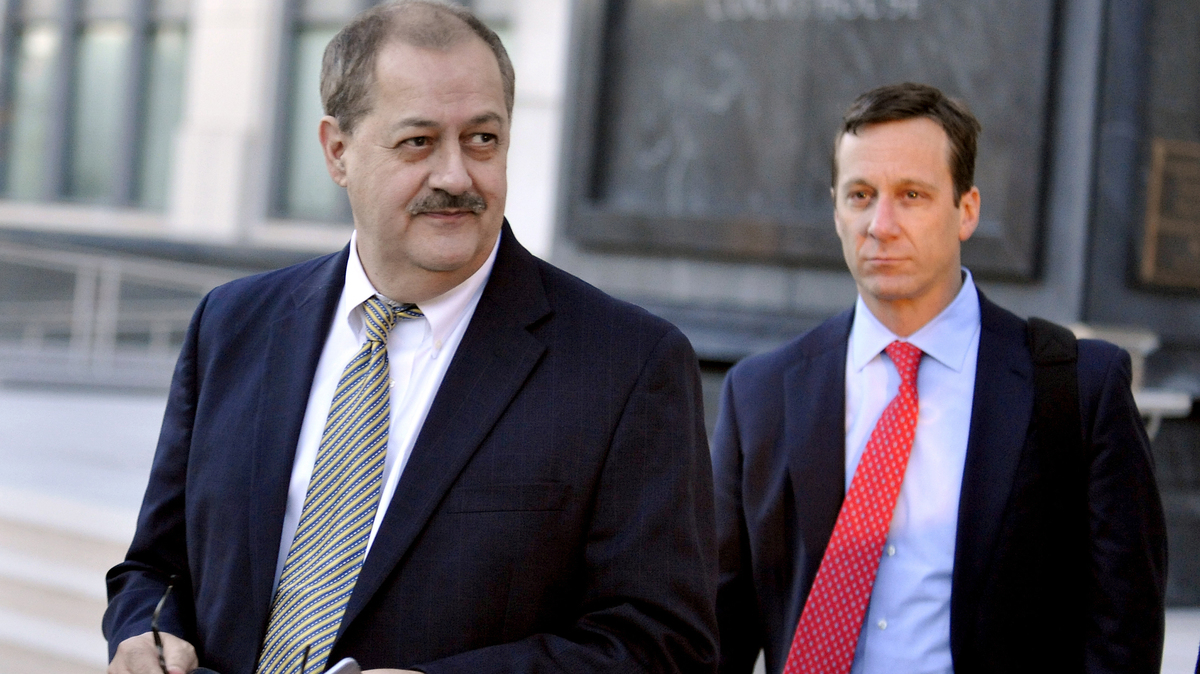 Former Massey Energy CEO Don Blankenship, left, walks out of the Robert C. Byrd U.S. Courthouse on Nov. 24, 2015, after the jury deliberated for a fifth full day in his trial in Charleston, W.Va.

After a year in federal prison and a halfway house, Former Massey Energy CEO Don Blankenship, 67, has been released from custody. He was convicted in 2015 on a misdemeanor count of conspiring to violate federal mine-safety laws at Massey's Upper Big Branch Mine in southern West Virginia.

In 2010, 29 workers died there in the deadliest U.S. mine explosion in decades.

NPR's Howard Berkes reports for our Newscast unit that Blankenship has resumed criticizing his prosecution:

"He raised again his own theories about the Upper Big Branch mine explosion, blaming federal regulators and nature. Those theories were discredited by four investigations.

"Blankenship was convicted of conspiring to violate mine safety laws.

"His release prompted Democrat Bobby Scott, the ranking member of the House Workforce Committee, to again urge passage of a languishing mine safety bill, which would make violations felonies with more serious jail time."

Blankenship was acquitted of securities-related felony charges which would have carried a longer sentence.

Blankenship must still serve one year of supervised release.

"Mr. Blankenship provided a window into his incarceration, saying it was tough but in many ways easier to endure than his impoverished upbringing in West Virginia, where he didn't have indoor plumbing. He said he spent 10 months at the Taft Correctional Institution outside Bakersfield, Calif., followed by a month at a halfway house in Las Vegas and then one month of home confinement.

"At Taft, he said he had to return to his room several times a day to be counted and couldn't choose what to watch on TV, and the lights went out at 10 p.m. He could have visitors four days a month.

" 'Not being able to go anywhere off a 4-acre site is not pleasant, no matter what the conditions,' he said. 'It was not horrible.' "

Former Upper Big Branch miner Tommy Davis, who lost a son, brother and a nephew in the explosion, told The Associated Press that Blankenship should still be in prison.

"He didn't get what he deserved," Davis said.

The company that now owns Massey Energy announced in 2012 that the mine would be permanently sealed.