Accessibility links
Disappearing Montana Glaciers A 'Bellwether' Of Melting To Come? : The Two-Way Glaciers there are "an early indicator of the kinds of changes that are going to occur elsewhere," a scientist says. Since 1966, the glaciers in Glacier National Park shrunk an average of 39 percent.

Disappearing Montana Glaciers A 'Bellwether' Of Melting To Come?

Disappearing Montana Glaciers A 'Bellwether' Of Melting To Come?

The glaciers in Montana's Glacier National Park are rapidly disappearing.

Some have been reduced by as much as 85 percent over the past 50 years, while the average loss is 39 percent, according to a new study from the U.S. Geological Survey and Portland State University.

The researchers looked at historic trends for 39 glaciers, 37 of which are found in the park. The other two are on U.S. Forest Service land.

The stark data actually calls into question whether all of these formations are still glaciers. In fact, the scientists found that only 26 of them are still larger than 25 acres — a common benchmark for determining whether a mass of ice is classified as a glacier.

Early last century, the park had about 150 glaciers that passed that benchmark.

Shepard Glacier in Glacier National Park. A photo from 1913 on the left, on the right is 2005. USGS hide caption

Shepard Glacier in Glacier National Park. A photo from 1913 on the left, on the right is 2005.

Glaciers and ice sheets are melting all over the world due to climate change. But as Montana Public Radio explains, "that warming is happening faster in western Montana, where temperatures have increased at a rate almost double the global average."

USGS research ecologist Dan Fagre tells the station: "We are kind of a bellwether, we're an early indicator of the kinds of changes that are going to occur elsewhere."

The researchers compared maps from aerial photographs and satellites with historic data from 1966, 1998, 2005 and 2015/2016. It's part of a larger project to track changes in glaciers in Montana, Alaska and Washington state. 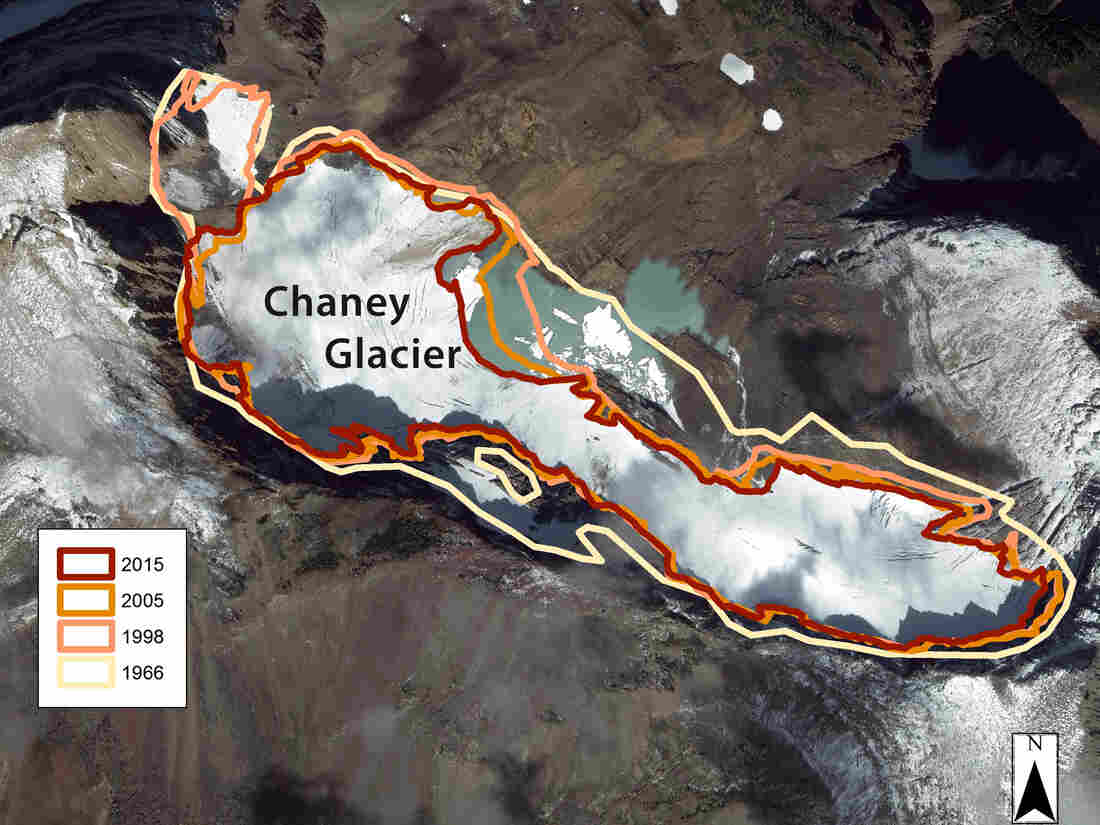 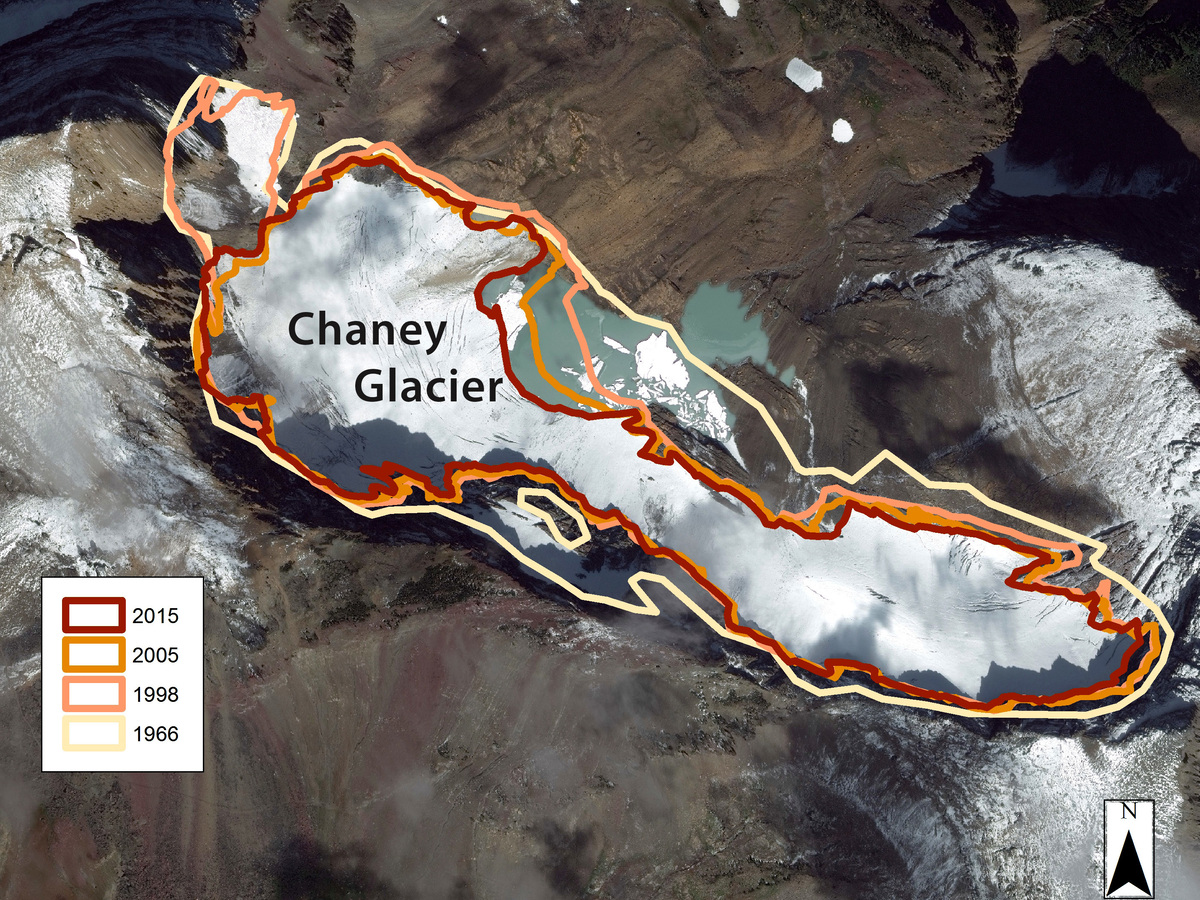 The park says its glaciers are thousands of years old:

"The current glaciers in the park are estimated to be at least 7,000 years old and peaked in size in the mid-1800s, during the Little Ice Age. Millions of years before that, during a major glacial period known as the Pleistocene Epoch, enough ice covered the Northern Hemisphere to lower sea levels 300 feet. In places near the park, ice was a mile deep. The Pleistocene Epoch ended around 12,000 years ago."

If the current trends continue, according to glacier recession models, the park says it will no longer have active glaciers in 2030.

The melting glaciers also could impact the park's wildlife, Fagre said in a statement. "The park-wide loss of ice can have ecological effects on aquatic species by changing stream water volume, water temperature and run-off timing in the higher elevations of the park," he said.

Naturally, the glaciers themselves are a significant draw to Glacier National Park, and park staff are wondering how the melting will impact tourism. Last year, the park welcomed 2.9 million visitors.