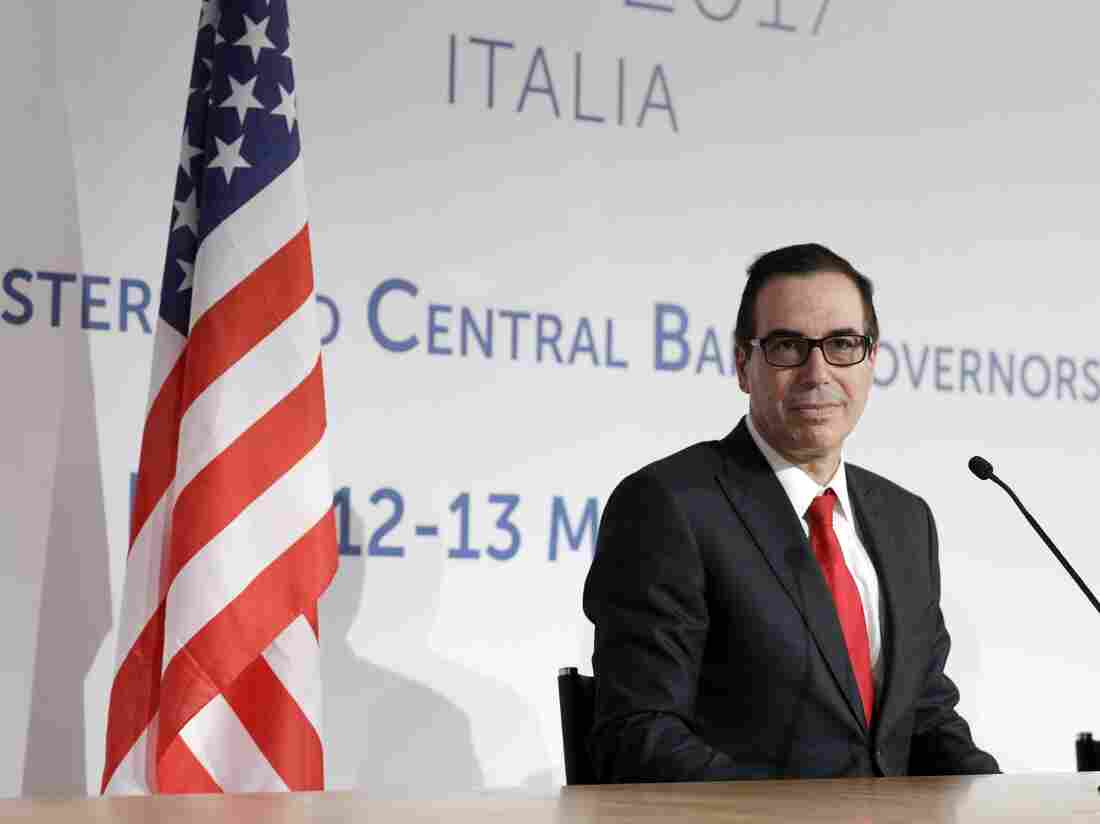 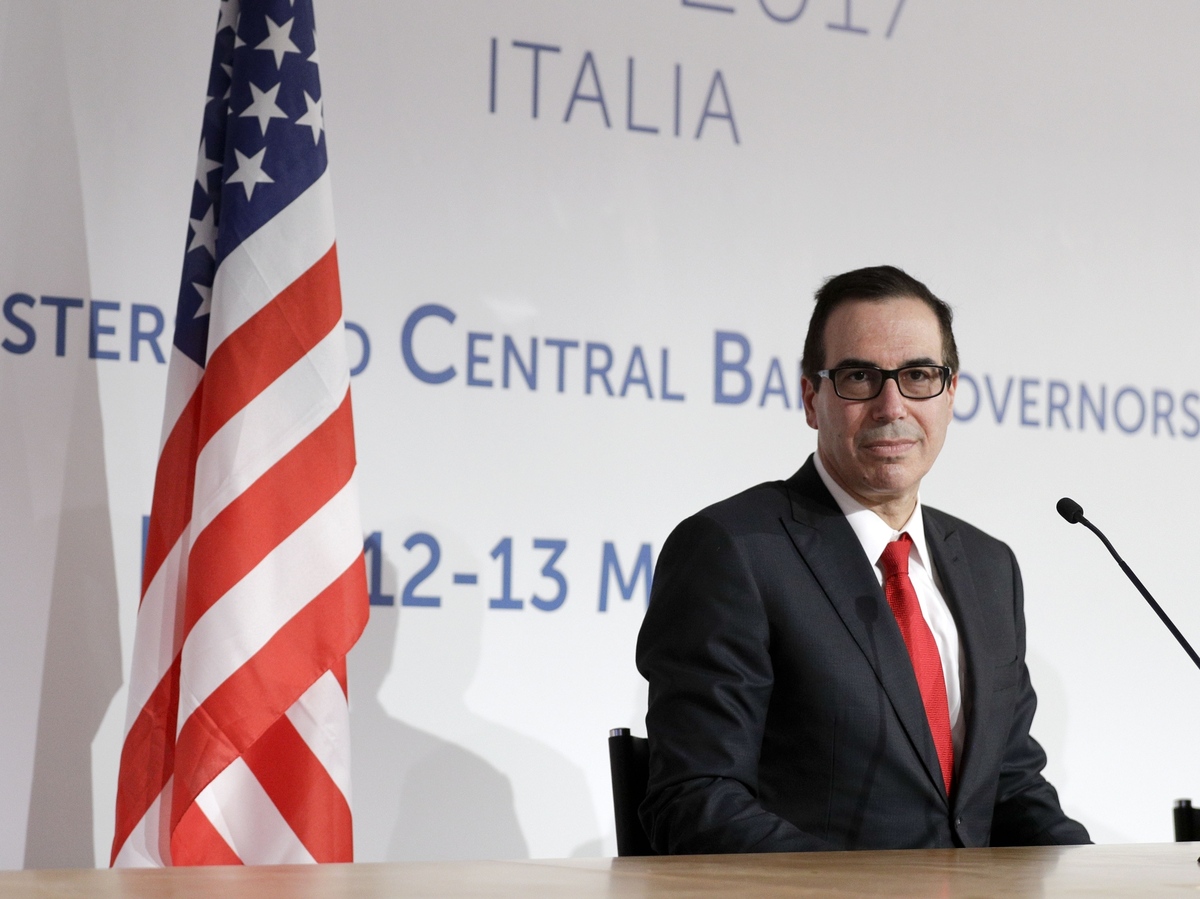 United States Treasury Secretary Steven Mnuchin gives a press conference on the last day of a three-day summit of G7 of finance ministers, in Bari, southern Italy, Saturday, May 13, 2017.

U.S. Treasury Secretary Steven Mnuchin wrapped up a meeting of the world's wealthiest nations with the assertion that the United States reserves the right to be protectionist.

The Associated Press reports, "Mnuchin says major trading partners 'are much more comfortable' with the Trump administration's stance on trade and tax policy and understand that they will benefit from the intended U.S. growth."

But some of Mnuchin's counterparts from the other members of the G-7 disagreed. According to The AP, "one partner openly pushing back was Canadian Finance Minister Bill Morneau, who rejected as 'baseless' duties the U.S. imposed on some Canadian lumber imports. Still, both he and Mnuchin stressed how important the U.S.-Canada trade relationship is to both economies. A Canadian ministry statement called it a 'productive discussion' and that Canada committed to working out a durable solution.

According to Reuters, "other ministers from the G7 countries made it clear they did not share [Mnuchin's] view. 'All the six others ... said explicitly, and sometimes very directly, to the representatives of the U.S. administration that it is absolutely necessary to continue with the same spirit of international cooperation,' French Finance Minister Michel Sapin told reporters."

The G-7 is made up of Canada, France, Germany, Japan, Italy, the United States, and the United Kingdom. The European Union also attends meetings of the group.

In a final statement, the ministers said, "we reiterate our commitment to international economic and financial cooperation and we remain determined to use all policy tools - monetary, fiscal and structural - individually and collectively to achieve our goal of strong, sustainable, balanced and inclusive growth."

On a day when governments around the world were dealing with a massive ransomware attack, the statements also said, "We recognise that cyber incidents represent a growing threat for our economies and that appropriate economy-wide policy responses are needed. No point of cyberspace can be absolutely secure as long as cyber threats persist in the surrounding environment."

The statement went on to call for enhanced sharing of cyber security information among countries.