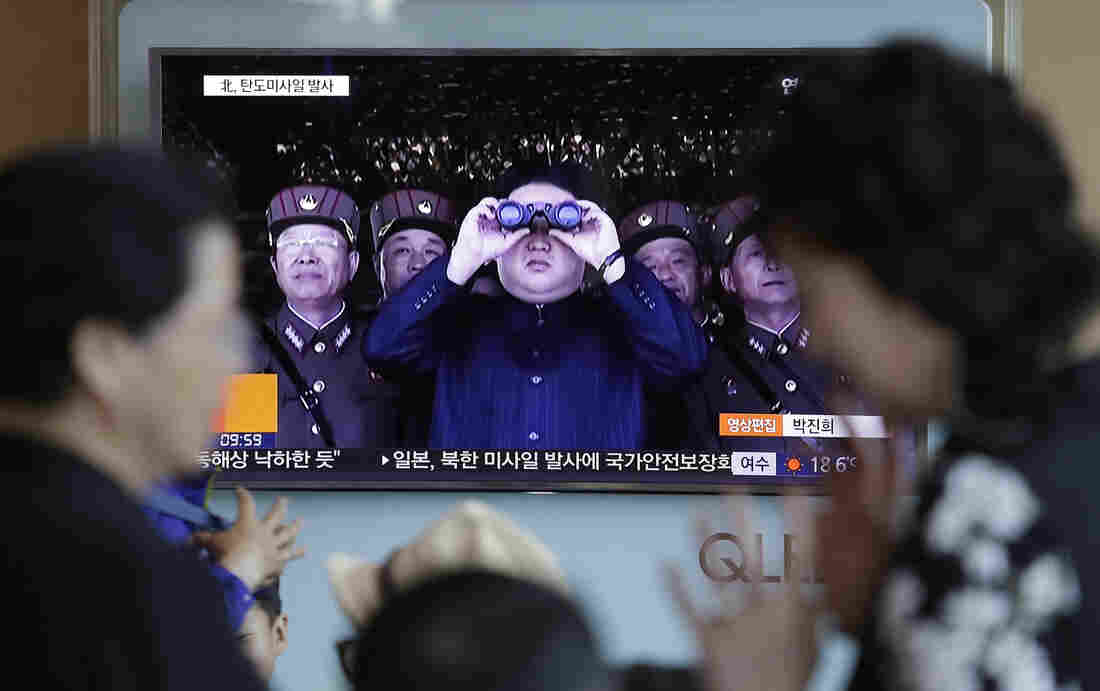 North Korean leader Kim Jong Un is shown on a TV at the Seoul Railway Station in South Korea on Sunday, when North Korea test-launched a "medium long-range" missile that landed in the waters between Japan and the Korean Peninsula. Ahn Young-joon/AP hide caption 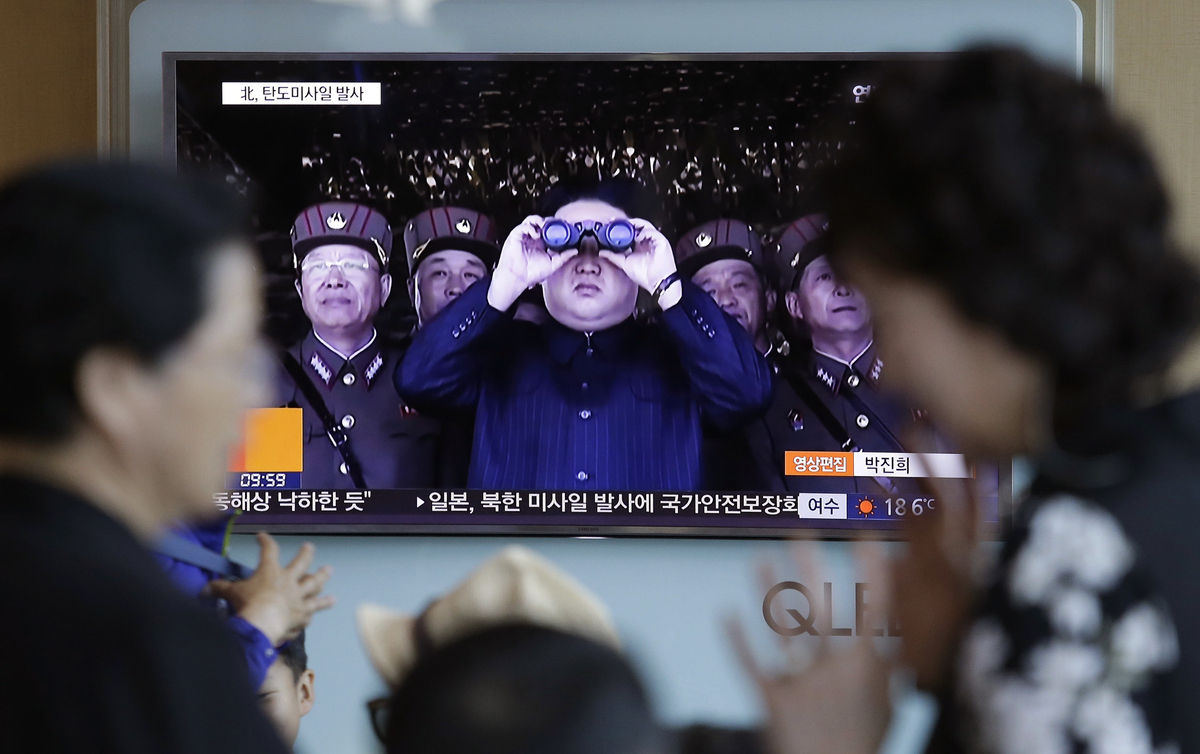 North Korean leader Kim Jong Un is shown on a TV at the Seoul Railway Station in South Korea on Sunday, when North Korea test-launched a "medium long-range" missile that landed in the waters between Japan and the Korean Peninsula.

North Korean state media said Monday that the missile Pyongyang test-fired on Sunday is a new weapon, able to carry a heavy nuclear warhead to unprecedented distances — possibly as far as U.S. soil.

North Korea's state news agency identified the weapon as a Hwasong-12 "medium long-range" ground-to-ground ballistic missile. It said that with this missile, "the U.S. mainland and Pacific operation region are in the [Democratic People's Republic of Korea's] sighting range for strike."

But experts immediately cast doubt on those claims, saying the missile's range looks long enough to reach U.S. military bases as far as Guam, a U.S. territory in the Western Pacific, but not as far as the U.S. West Coast.

The missile flew more than 435 miles before splashing into waters early Sunday between Japan and the Korean Peninsula. It was test-fired at a steep angle, reaching an altitude of more than 1,300 miles, according to North Korean state media. That suggests a range of up to 2,500 miles if it is fired more horizontally, Western experts said. The U.S. military said that it detected the launch and that flight data indicated it was not an intercontinental ballistic missile.

"It could be them partially testing what eventually will be an ICBM," says David Schmerler, a research associate at the James Martin Center for Nonproliferation Studies at the Middlebury Institute of International Studies in Monterey, Calif. "So if their ICBM has three stages and this is a single-stage missile, maybe we're watching the North Koreans test the first stage of what will be a multiple-stage ICBM."

The launch is a test for South Korea's new president, Moon Jae-in, with barely a week on the job. He was elected Tuesday, in part on a promise to reverse his predecessor's conservative hard line against Pyongyang and to instead negotiate. Moon chaired an emergency meeting of security advisers early Sunday, within hours of the missile launch. Afterward, a spokesman told reporters that Moon remains "open to the possibility of dialogue with North Korea" but that it's only possible with a "change of attitude" in Pyongyang.

The U.N. Security Council is due to meet Tuesday to discuss North Korea's latest missile, which the White House said should "serve as a call for all nations to implement far stronger sanctions" against Pyongyang.

On Monday, North Korean state media showed photos of Kim Jong Un laughing and hugging his rocket scientists after the launch, which he personally oversaw, the report said. It quoted Kim as saying his country has "the most perfect weapon systems in the world," which he's ready to use to target the U.S. if attacked.