Accessibility links
North Carolina Voter ID Law Still Struck Down, Despite Republican Appeals : The Two-Way The restrictive law was thrown out last year after a court ruled it was intentionally designed to discriminate against black people. State Republicans have tried several times to appeal. 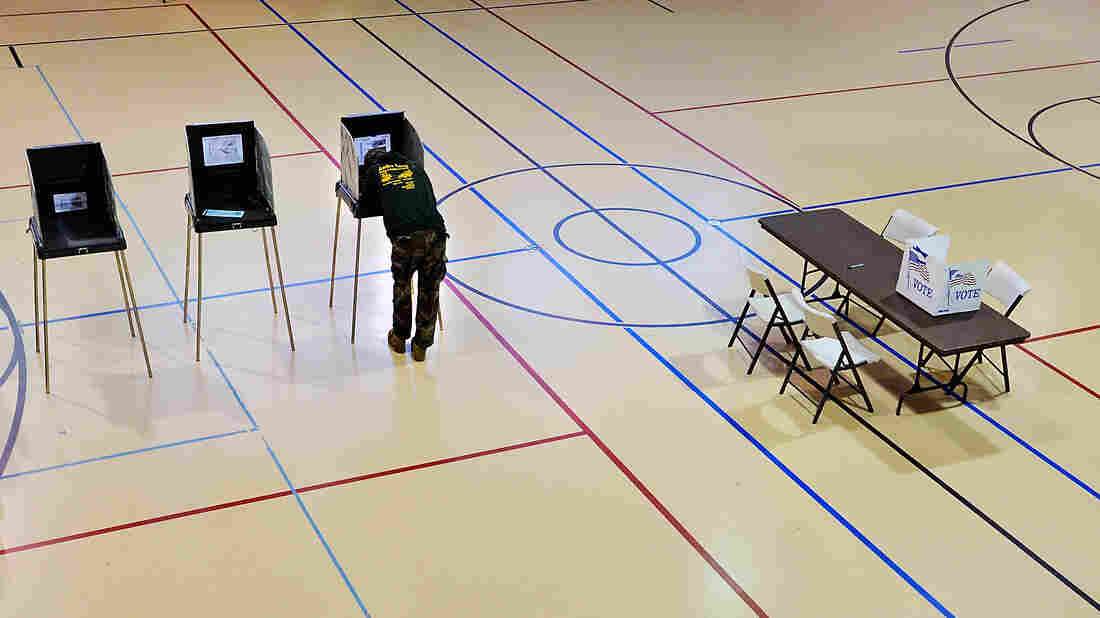 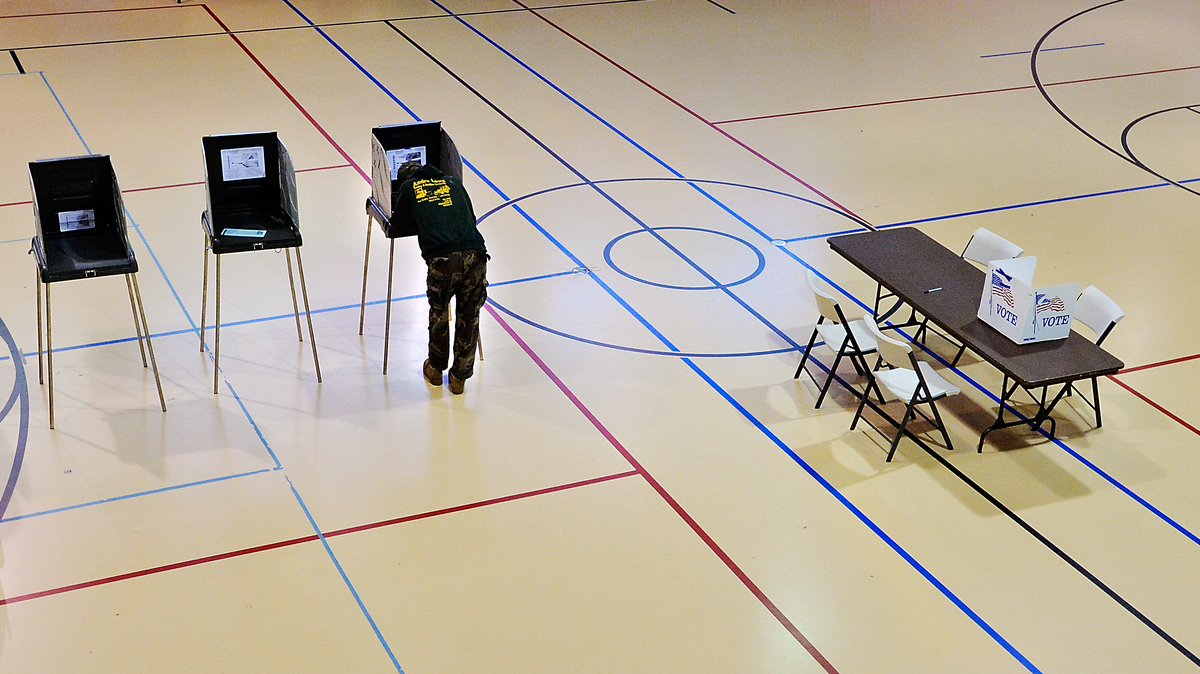 A man votes in November in Durham, N.C. The U.S. Supreme Court had refused to reinstate strict voter restrictions in time for Election Day.

The U.S. Supreme Court has once again declined to reinstate North Carolina's strict voter ID law, which was struck down last year after a court ruled it was intentionally designed to stop African-Americans from voting.

"Chief Justice John Roberts wrote that the court's refusal to consider an appeal did not signify an opinion on the merits of the case," Fessler says.

It's not the first time the Supreme Court has considered an appeal over the voter ID law, which was one of the country's strictest. It was put in place after the Supreme Court struck down a key provision of the Voting Rights Act, clearing the way for states with a history of discrimination to craft new voting laws without federal oversight.

"That fight began in 2013, when the state made cuts to early voting, created a photo ID requirement and eliminated same-day registration, out-of-precinct voting and preregistration of high school students.

Those provisions of the law were struck down in July 2016 by the 4th U.S. Circuit Court of Appeals.

In its ruling, the appeals court said the law was intentionally designed to discriminate against black people. North Carolina legislators had requested data on voting patterns by race and, with that data in hand, drafted a law that would "target African-Americans with almost surgical precision," the court said.

The state appealed to the Supreme Court, which refused to reinstate the law in time for elections.

The legal drama continued, as David Boraks of WFAE reports:

"The state and then-Gov. Pat McCrory appealed the 4th Circuit decision to the Supreme Court. As the Supreme Court discussed whether to hear the case, the state under a new Democratic governor, Roy Cooper, asked to withdraw the appeal."

That is the appeal the high court will not be hearing, it announced Monday.

Voting rights have been making headlines again this month, after President Trump announced the creation of a presidential commission to investigate voter fraud.

Critics said the commission would justify voter suppression efforts, while state election officials are worried it could "divert attention from other serious concerns, such as aging equipment and the threat of hacking," she wrote.