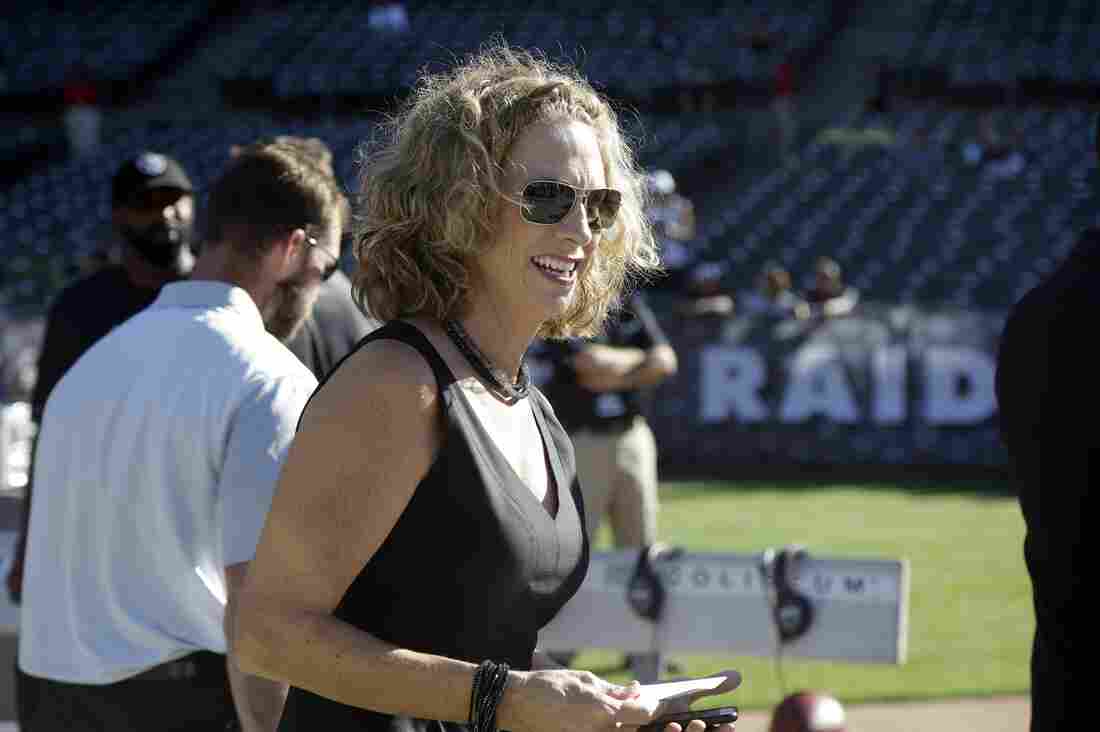 Announcer Beth Mowins walks on the field before a 2015 NFL preseason football game between the Oakland Raiders and the St. Louis Rams in Oakland, Calif. Ben Margot/AP hide caption 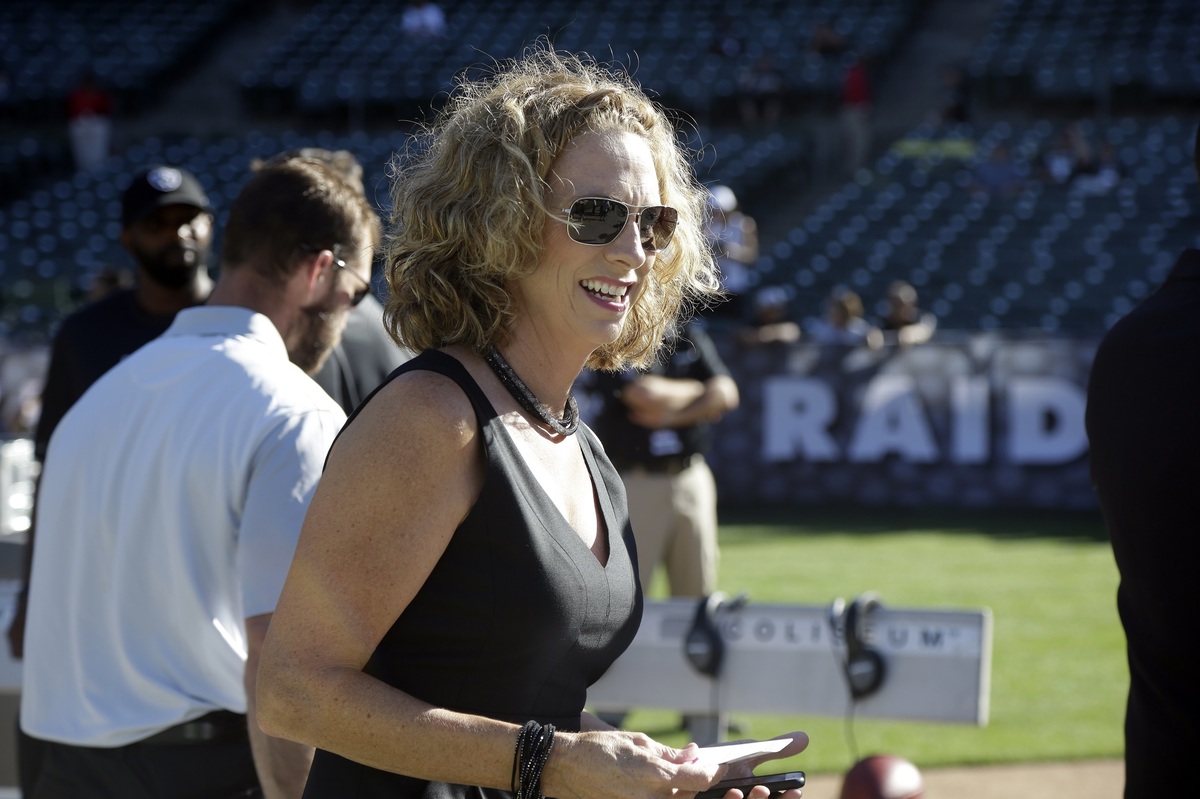 Announcer Beth Mowins walks on the field before a 2015 NFL preseason football game between the Oakland Raiders and the St. Louis Rams in Oakland, Calif.

"Beth has been an important voice in our college sports coverage and she has experience calling NFL preseason games. She deserves this opportunity," Stephanie Druley, ESPN events and studio production senior vice president, said in a statement. "ESPN is committed to putting talented women in high-profile positions and we look forward to Beth and Rex's call of this game on our MNF opening night."

Mowins "typically does play-by-play at the college level for women's sports, but has plenty of experience calling college football games," writes SBNation. She has also called Oakland Raiders preseason games since 2015, and recently signed a multiyear extension with ESPN.

"This is an amazing opportunity and I look forward to working with Rex and our entire ESPN team. As lifelong fans of the NFL Monday Night Football franchise, we want to bring the same passion to the broadcast as our predecessors have all done," Mowins said in a statement.

She is not the first woman to call an NFL regular season game. That was Gayle Sierens, who in 1987 called a regional NBC broadcast of a Seahawks-Chiefs game.

Sierens received "generally good reviews" and was offered a six-game contract for the following season, according to The New York Times.

But she told the newspaper that "the management at her local NBC station did not want her to call more games the next season. They made it clear that she had a choice: work for NBC, essentially part time, or continue as a full-time news anchor." Sierens chose the latter, and had a long and successful career as a news anchor at WFLA-TV in Tampa.

Why did it take three decades? As Sports Illustrated wrote last year:

"Between all of the NFL rightsholders—CBS, ESPN, Fox, NBC, and the NFL Network—there are around 20 spots for play-by-play broadcasters every year. Given a woman has never ascended to even one of the lower-level teams on the networks with multiple broadcast teams (such as CBS and Fox), the implicit message to women who want to enter sports broadcasting is that this job is not for you."

49ers radio announcer Kate Scott told the magazine that there's "no pipeline" for women who want to be play-by-play announcers, because there have been so few examples, despite a larger number of women working as sideline reporters.

Sierens called Mowins the "perfect person to carry the torch" in an interview with the New York Daily News. Here's more:

"This is a woman who is as prepared as anyone, so much more prepared than I was to wear that crown as the first. She is the real deal. There's no publicity stunt, this is not something somebody's doing for ratings. They're doing this because she knows her stuff inside out, and she will be fabulous when she does this game."